Here's What You Need to Know About Actor Harry Jarvis

We're seriously looking forward to the release of High Strung Free Dance, and one of the reasons is that it stars English cutie Harry Jarvis. You can also see Harry now in adventure film 2:HRS, available digitally and on-demand.

This week, we got to dig deep with Harry and find out exactly what makes him who he is. Keep reading to learn all about him. 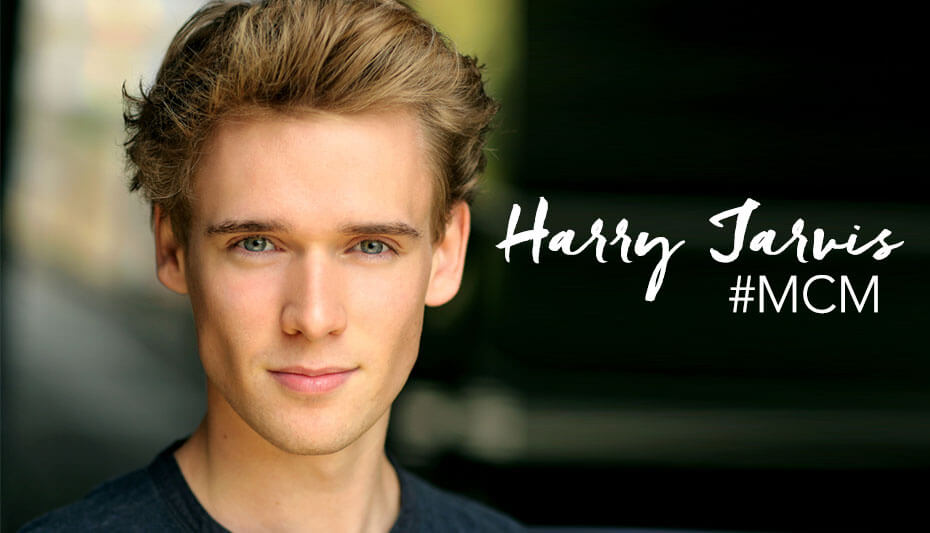 1. After a long, difficult day, Harry has a couple favorite ways to unwind.

"I might head to Starbucks and do some writing. I like the large, open windows, and people-watching makes me creative. If not that, then my roommate and I will play FIFA together, although that usually ends up getting very tense."

2. He says his most overused phrases are the result of being an Englishman living in America. They're "I'm sorry" and "What's that in Celsius?"

3. If he could pick anyone from history to be his mentor, it'd be Queen frontman Freddie Mercury.

"Not only would you experience some really crazy times, but to constantly be around someone with that kind of skill and work ethic would have been so inspiring."

4. He has quite the obsession with Netflix.

"I'm midway through Ozark with Jason Bateman, but I can't watch too many at a time because the stress I feel watching that show is unreal. Stranger Things season three was also great. But honestly, I rewatch Friends and the U.S. Office on repeat on Netflix. I'm kind of addicted to those shows."

6. Harry dreams of someday getting the chance to vacation in Thailand.

"Thailand has been No. 1 on my list for a while. I've been really lucky to travel to some great places while working, and I'd love to go back to Austria for the sights, or Madrid for the culture, but I feel like Thailand encompasses everything with the sights, the temples, the ruins and the history. It's definitely No. 1 on my bucket list."

7. He claims to have little fashion sense and to accidentally live in a state of constant fashion faux pas—but we know better.

8. There are a couple of online personalities he absolutely can't stop watching right now.

"I find Billie Eilish effortlessly cool. My younger sister is 17, and it blows my mind that someone her age can do what Billie is doing right now. The second is Kayvan Novak, or FaceJacker, a British comedian who dresses up as lots of different characters and puts himself in real-life situations. I've been crying with laughter watching him. I don't know how he manages to stay in character and not break-up laughing."

Crushing on someone special? Click HERE for the perfect captions to use on all your #MCM posts.