Harry Potter fans are truly in a league of their own.

Potterheads are devoted to J.K. Rowling's beloved book series as a dragon is to protecting its eggs. We don't just want to read and reread the seven books; we also want to talk about them, share our love for them and even play games based on them. Luckily, there are plenty of those. Options include apps, board games, trivia and the like, so whatever your taste in games, you'll find one that speaks to your Potter-loving heart.

Read on for eight Harry Potter-inspired games that'll make you happy as a dose of Elixir to Induce Euphoria. 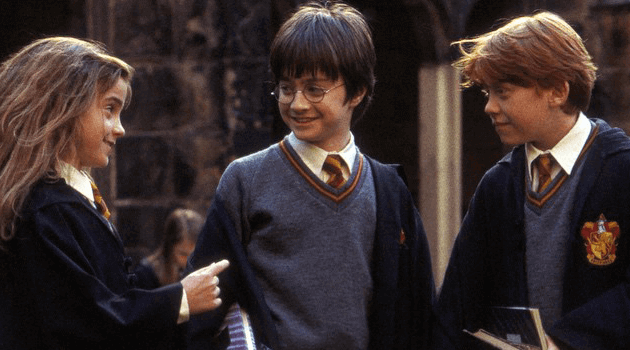 Heads Up gave its Potterhead audience what they wanted. If you download the game and buy the Harry Potter deck, you can test your wizarding world knowledge. The game from Ellen DeGeneres involves holding your smartphone to your forehead and trying to guess as many of the clues that your fellow players describe to you before your time runs out.

If you prefer your trivia a little more old school, Mattel's Harry Potter and the Sorcerer's Stone Trivia Game could be for you. It only focuses on the first book, but it'll challenge you nonetheless.

Oh, yes, there is a Harry Potter version of Clue. You get to solve Hogwarts mysteries and play as characters from the book series. It's up to you to take the winning theory to Dumbledore's office first!

There are so many ways to test your knowledge of Harry Potter trivia, and Trivial Pursuit is another great one. The questions come from the eight films, so as you can imagine, there are a lot of them. As you answer them, you'll get to move around the board with a House mascot.

Here's still more Harry Potter trivia. This option is unique because it has picture questions, and they come from not only the Potter movies, but also the Fantastic Beasts ones as well. You can play with partners or as an individual.

What's more fun than regular Uno? That would be the Harry Potter version. The cards feature characters from the movies , and there's even a special rule.

You get to be a member of the Order of the Phoenix in Codenames: Harry Potter. You have to let your fellow operative know some key information, all while using only single words and numbers. It's an always-entertaining challenge.

Muggles like us don't have to miss out on the fun of Quidditch. Sure, we don't have flying broomsticks, but there actually is a group called the International Quidditch Association that has come up with a rulebook to teach anyone can learn how to play. Get your friends together, because it's magical to play.

A post shared by Strasbourg Quidditch (@strasbourgquidditch) on Jan 31, 2019 at 9:56am PST

The Harry Potter books are a forever favorite. Click HERE to read an admittedly subjective ranking of the series.