We've been totally glued to the new Harry Potter: Hogwarts Mystery app for the last couple of months.

If you're a Harry Potter fan and you haven't started playing yet, you should get on it ASAP. The game puts the player in the shoes of their own original character as they attend all seven years of classes. You get to explore the grounds, take magical courses, make great friends and solve an intriguing mystery involving cursed vaults and your missing brother.

Being such big fans, we were eager to find out more about the game and how it was made. Luckily, we had the opportunity to chat with Aja Signor, a lead game designer at Jam City who's been pivotal in the creation of Hogwarts Mystery, to find out about what she does and what makes the game tick. 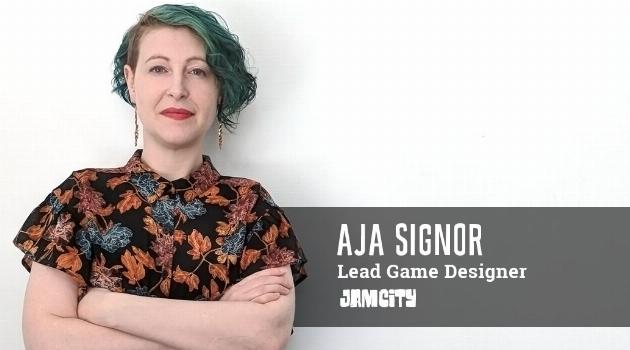 Sweety High: How did you come to be a lead game designer at Jam City?

Aja Signor: I joined Jam City in a more junior design role and then spent several years not only mastering design for the genre myself, but also helping others on the team master it as well.

I discovered and implemented various ways to do the job faster, smarter, better—not just for myself, but for the team as a whole. I think what really made the difference is that I worked to help our games to succeed overall, not just for me to succeed as an individual.

I mean, sure, I designed a fun new mechanics for our game's genre, but I personally don't think that's ever enough to get someone considered for a lead role in a creative field. One of the studio leaders noticed I was always advocating for and elevating the design teams I was on and offered me a lead role, so I could keep doing those things in a more official capacity. If you want to go into leadership, I think you have to redefine your idea of success to be more than just about your own personal success.

SH: Were you a big Harry Potter fan before you started working on Harry Potter: Hogwarts Mystery?

AS: I was a huge fan of the Harry Potter series, and it absolutely impacts my work on the game. I was also lucky enough to have a ton of friends who also loved the series, so I came to the game with an idea of what lots of different types of people love about the IP. 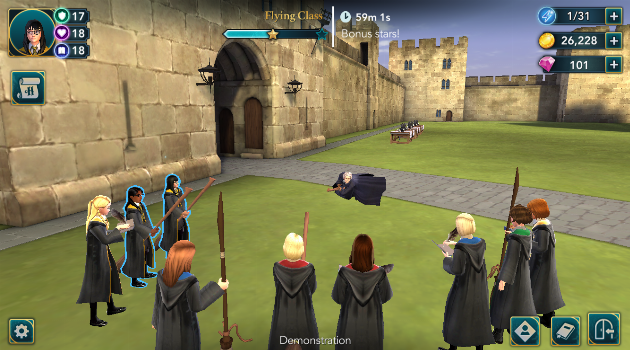 SH: What does your role as a lead game designer entail?

AS: This is a huge team that also has a design director who oversees the game design as a whole. I've held that role on another project before, but on this project, I specifically lead the content design.

I work with the narrative designers, writers, animators, artists, systems designers, and level designers to ensure the overall quality of the visual storytelling and player experience in the game. It's a lot of storyboarding, as well as tons of reviewing and providing feedback at each step along the content and feature development processes.

I also design all the class lessons and activities, which is really fun. It's not something I ever thought I'd use my teaching degree for, but I'm super glad for that background, now!

SH: What's the toughest part about the job? What's the most rewarding part?

AS: I think the toughest part of the job is knowing that with infinite time and resources we could provide our players with an even more fun and immersive gaming experience than we already have.

The most rewarding part is seeing the joy what we have been able to accomplish brings to so many fans around the world with the time and resources we have. 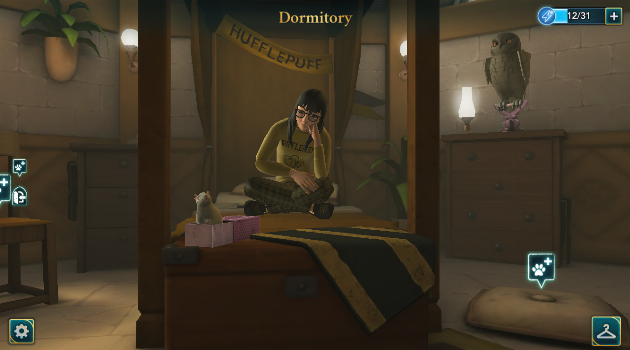 SH: What do you think is the most important element that keeps the game interesting for players?

AS: I think it's a combination of a lot of things. If I had to pick just one, though, I think it's the characters. People seem to genuinely care what happens to this group of friends they make along their journey in the game. I do, too!

SH: What's the trickiest part of developing a game taking place in the wizarding world, but years before the events of the Harry Potter books and films?

AS: I can't speak for everyone on the team, but from my perspective it's keeping everything that happens in the game separate from the events that lead up to the books, yet still feeling true to the things that could have happened during that time at Hogwarts and the rest of the wizarding world as a whole. The team takes tons of time and care to make sure we are doing both the best that we can.

SH: Is it tough to develop a game that releases ongoing chapters as players catch up?

AS: Yes! The pressure it adds is to make things as fast as possible, so we keep up with our most dedicated players. However, we all know that speed can be the enemy of quality, so we still have to give ourselves the time to make sure we're continuing to provide a great experience for all of our players.

The benefit of doing it this way, though, is that we actually get to see what our players respond to best as we go. That gives us the opportunity to adjust the story and features to be whatever will bring the most delight to the most players.

SH: How were the main cast of new characters developed for the game?

AS: Our writers brainstormed to try to figure out a list of characters that would resonate with existing fans of the IP, yet stand out as their own special, unique, compelling people. Then, those characters went through rounds of internal revision, as well as feedback and approvals with the IP holder. In the end, I think the cast turned out to be very true to the wizarding world, yet unique within its universe. 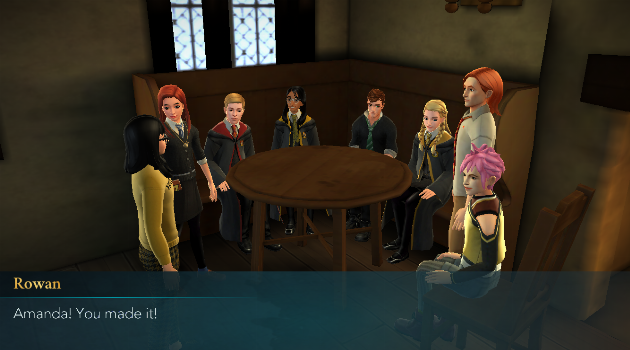 SH: Which Hogwarts house do you belong to?

AS: Definitely Ravenclaw. I'm Ravenclaw to a fault. My main drive in life is learning. I'll advocate for the smartest thing to do, even if it's not doing me any favors. I also engage in a lot of insufferable banter that I personally find very witty, which I feel like is a very Ravenclaw trait.

SH: Which of the characters in the game do you relate to most, and why?

AS: I relate to my personal avatar the most, because I get to make choices that feel like choices I would make in that situation. As for the core cast of NPCs, I probably relate to Tulip the most. I'm a staunch Ravenclaw, and when I was a student I definitely used it to push boundaries and see what I could get away with, just like Tulip. It was all in the name of learning, gaining experience, and helping my friends, of course! 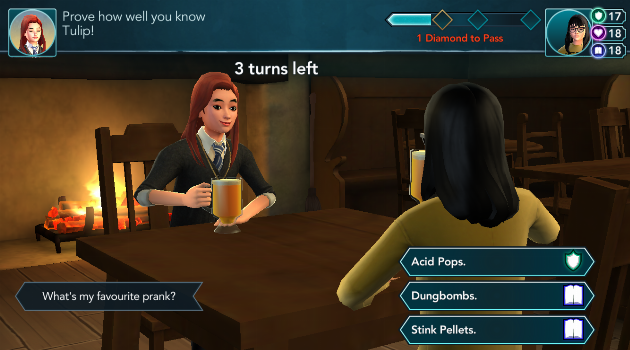 SH: Is there anything we didn't ask that you wish we had?

AS: I'm actually pretty surprised you didn't ask me who in the game I ship. It's such a big part of the fandom. But since you didn't, I guess that will have to remain a Hogwarts Mystery.

If you wished you could be at Hogwarts with your bestie Rowan, click HERE to find out more about the new butterbeer ice cream that's not available at the Wizarding World of Harry Potter.