Imagine if elements of our fave fictional series, Harry Potter, could come to life.

How would you feel if magical spells could be cast, if pictures on walls could talk and if quidditch was a game we could actually play? 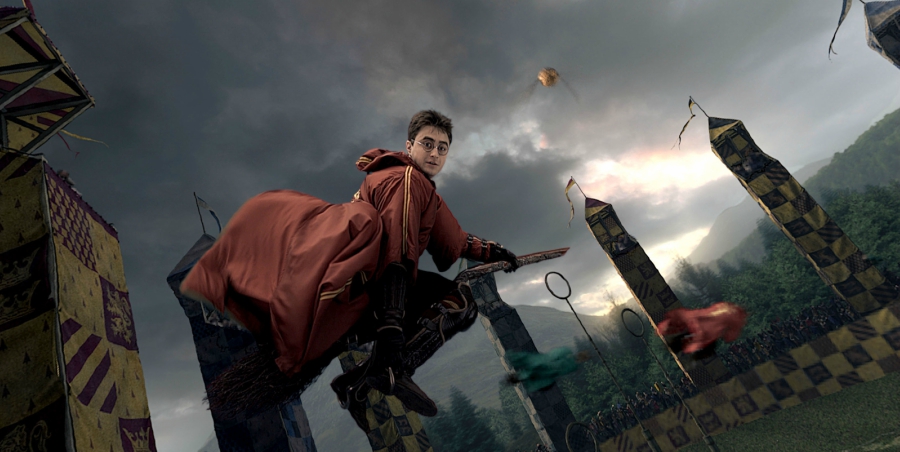 Now, this might not surprise true HP fans, but the latter part of that wish list is absolutely possible—quidditch does in fact exist outside of it's magical realm, and is a real sport played by all age groups around the world.

The sport's magical beginnings took place in 2005 when a freshman at Middlebury College, Xander Manshel, started up the first-ever quidditch game.

Today, quidditch is recognized by over 4,000 athletes and almost 200 teams nationwide.

We had the opportunity to check out UCLA's very own quidditch league and chat with Jenny Yu, a player of four years.

Scroll below to see what the sport means to her and exactly how this enchanting game is played among mere muggles.

Sweety High: What exactly is quidditch in your own words?

Jenny Yu: Quidditch is like a mix between rugby, dodgeball and water polo. There are three types of balls in the game: the snitch, the quaffle (a volleyball), and three bludgers. There are also four different positions: one seeker, three chasers, two beaters and a keeper.

The keeper is basically like a glorified goalie. Chasers are the ones that bring the quaffle ball up to the hoops and try and score points. They can score 10 points by throwing or kicking the quaffle through either side of the hoop.

The two beaters are responsible for using bludgers to tap out players. If you tap out a chaser or another beater, they have to pull their broom out and go out of play until they go back to their hoops and tap back in.

If you're a seeker, your one responsibility is to chase and catch the snitch once it is released. Not an easy task. 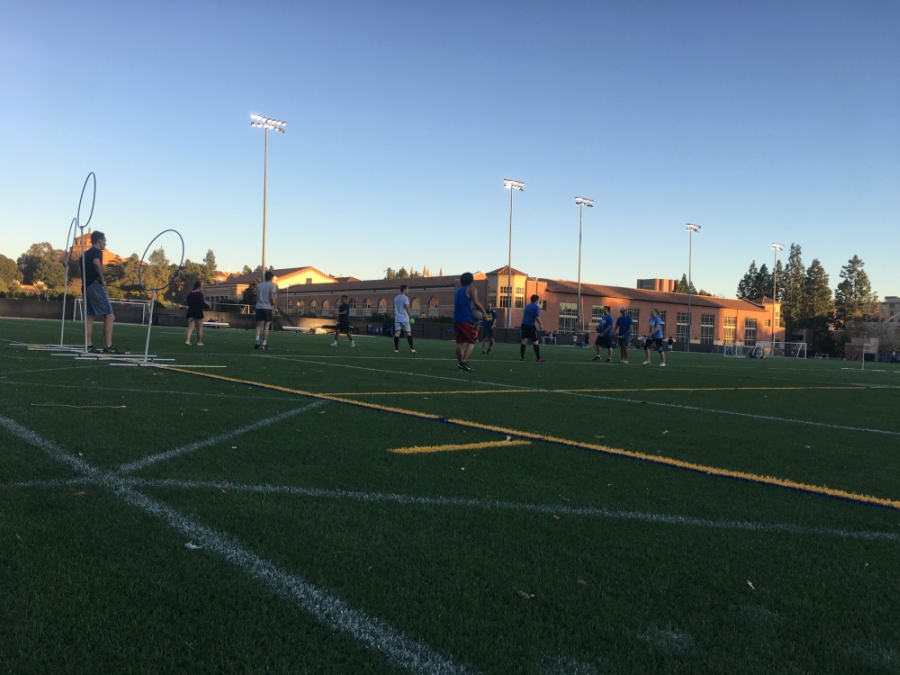 SH: We must ask, is everyone on the UCLA team a huge Harry Potter fan?

JY: Funny story actually—the founder of UCLA Quidditch, Tom Marks, had never read any of the books. He had a few friends from Middlebury College, where quidditch originated, they told him about it and he was like, "Wow this is a great thing." The team was founded here in 2009 and officially became a Club Sport for us in 2010.

SH: Quidditch does not seem like an easy sport, how much practice do you guys actually put in a week?

JY: We practice twice a week—Friday and Sunday, for two hours. We also compete a lot. In fact, we actually just competed in the Anthill Funkdown Invitational tournament and took second! We have two competitive teams. UCLA is our A-team, and Wizards of Westwood is our B-team.

SH: Is there anything that makes this sport very different than the fictional Harry Potter game?

JY: We follow the rules and have adapted the game as close as we can, but, I mean, obviously we can't fly on broomsticks. Quidditch is a full-contact sport and I think it's pretty much that way in the films and books as well. We have more specific rules in this non-fictional game when it comes to contact. You can only impact someone from the shoulders to the knees, and can contact only with one arm.

SH: Have you ever had a major injury from quidditch?

JY: ACL tears are unfortunately common. Last season I had three concussions. This sport definitely gets kind of rough. We do try and stay safe, and mouth guards are a pretty recent mandate required by the league.

SH: Do you guys make the hoops or do you buy them?

JY: There are hoops you can purchase, but they are all a little bit more expensive. Peterson Brooms also sell pretty sturdy hoops. We, however, make the hoops here. We're just using tubing that connects at the center and PVC pipes. Very DIY! 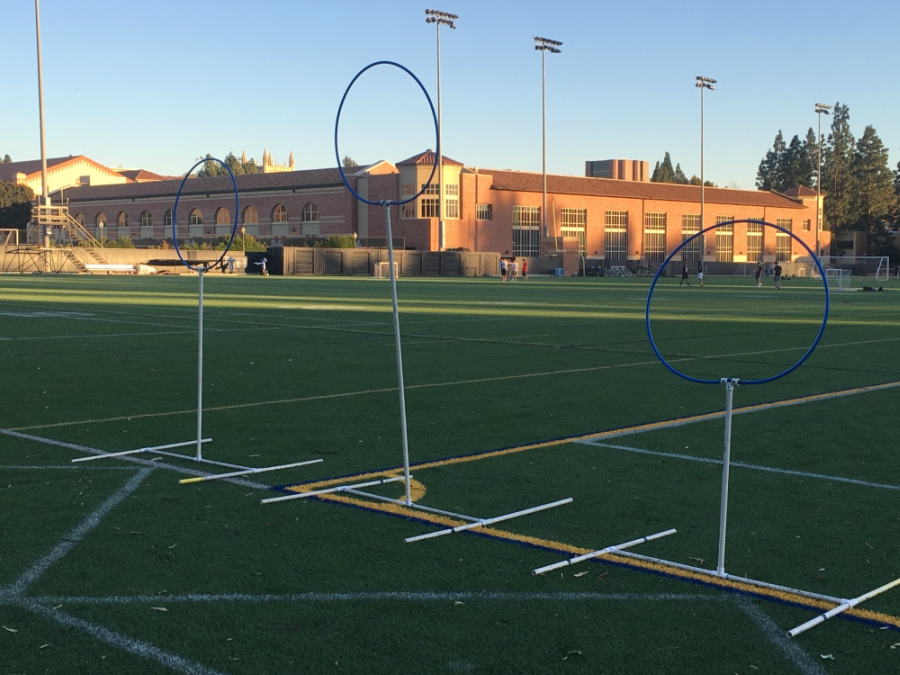 SH: How many types of broomsticks are there? Is there just one manufacturer?
JY: So, Alivan's does very prop-like brooms with the bristles and everything. In the early years of these quidditch leagues, people would actually use those.

In fact, at my first World Cup, we played with Alivan's brooms, but at the end of it, everyone just had scratched-up legs, and the wood splinters were kind of dangerous. Not very practical. Now we mostly use PVC pipes which are lighter, safer and definitely preferable.

We also have these newer blue specialized UCLA broomsticks that were actually an alumni gift. This is our first season with these nice brooms! 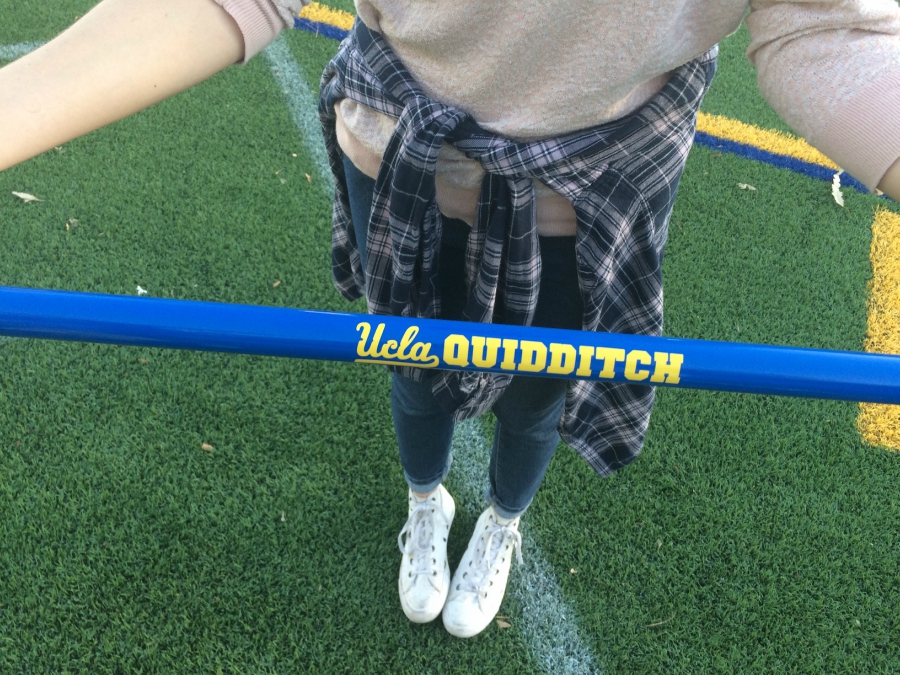 SH: How does the snitch work in this game?

JY: In this game, the snitch is a a pair of  yellow shorts, with a velcro ball attached like a tail.

The person who plays the snitch is actually a third-party volunteer— someone not associated with the teams. They're released after eighteen minutes of quaffle play and they run around and try not to get caught.

After the snitch is released, the game can end at any time. Unlike the fictional Harry Potter game, if you catch the snitch in the game, it's only 30 points as opposed to 150 points. We call a game in snitch range if if the teams scores are within range of 30 points. So that means that the snitch catch would decide the victor of the game.
I believe now you have to go through a certification process in order to be a snitch in the official games. You have to be good enough because if you're not and get caught in two seconds, what fun is that? You have to make gameplay worthwhile. 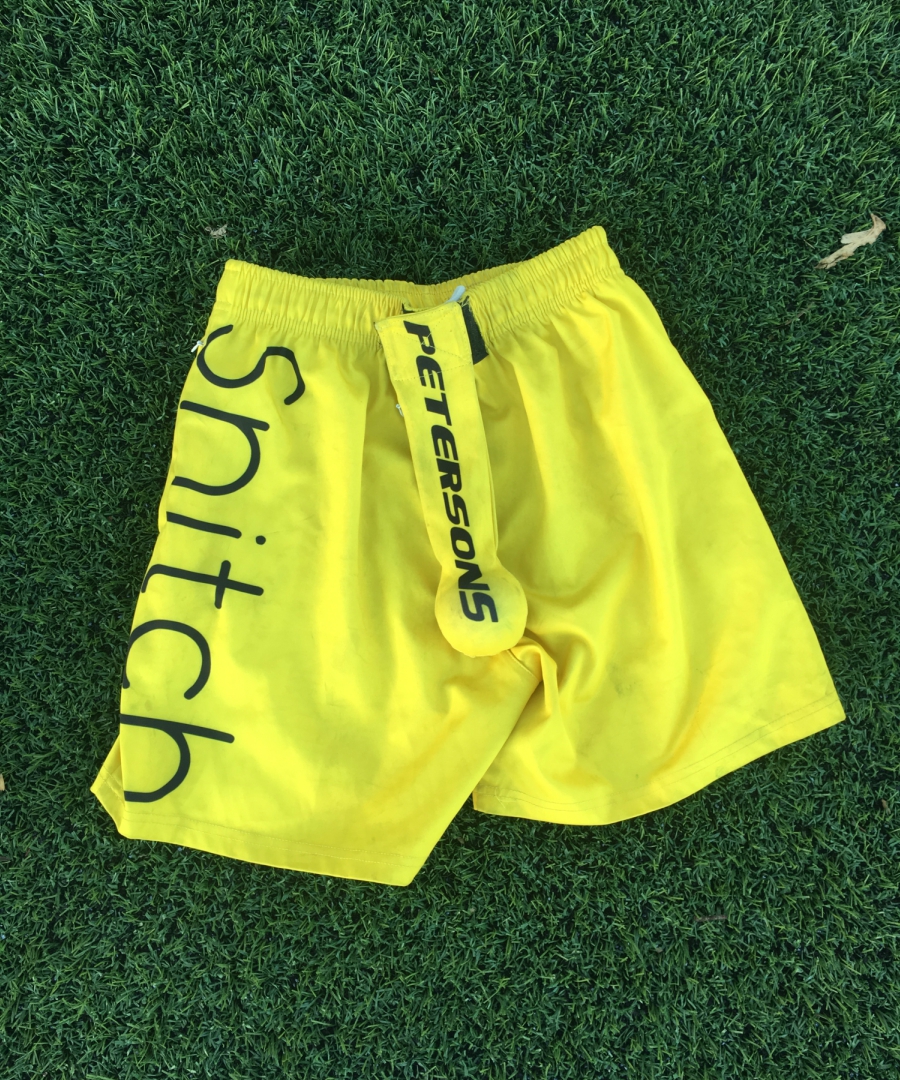 SH: How long did it take you to be comfortable running with the broomstick?

JY: Probably not more than a few practices—it's actually really easy to get used to! Luckily now I don't even notice it. The only time now it really becomes an issue is if you're trying to get close to someone and their broom gets in the way. I've only been hit with a broom like three times in the last four years.

SH: What's your favorite part about this game?

JY: That's hard. Definitely one of my favorite aspects of quidditch is that it's co-ed. I had never played a team sport before quidditch, and I just love the diversity.

In official games, there's a four maximum rule now where you have to have at least two players of a minority gender on the field at all times, so at least two girls playing. It's very inclusive.

If you love Harry Potter as much as we think you do, you'll want to check out THESE twins who handcraft the most unique wands.