In a world filled with hunky heartthrobs, Harry Styles stands above the rest.

His giving personality, quirky fashion sense and gorgeous blue eyes have made him a necessary addition to our long list of celebrity crushes. And that's not even getting into his incredible voice!

Today, the "Sign of the Times" singer turns 24, and we're celebrating by honoring his stunning good looks. Keep scrolling to see 9 photos that prove Harry Styles looks good doing anything.

1. Snappin' a Selfie With His Fans

At the 31st Annual ARIA Awards in Sydney, Australia, Harry stopped among a crowd of admirers to snap a few selfies, allowing these lucky fans easy access to his endless beauty forever. 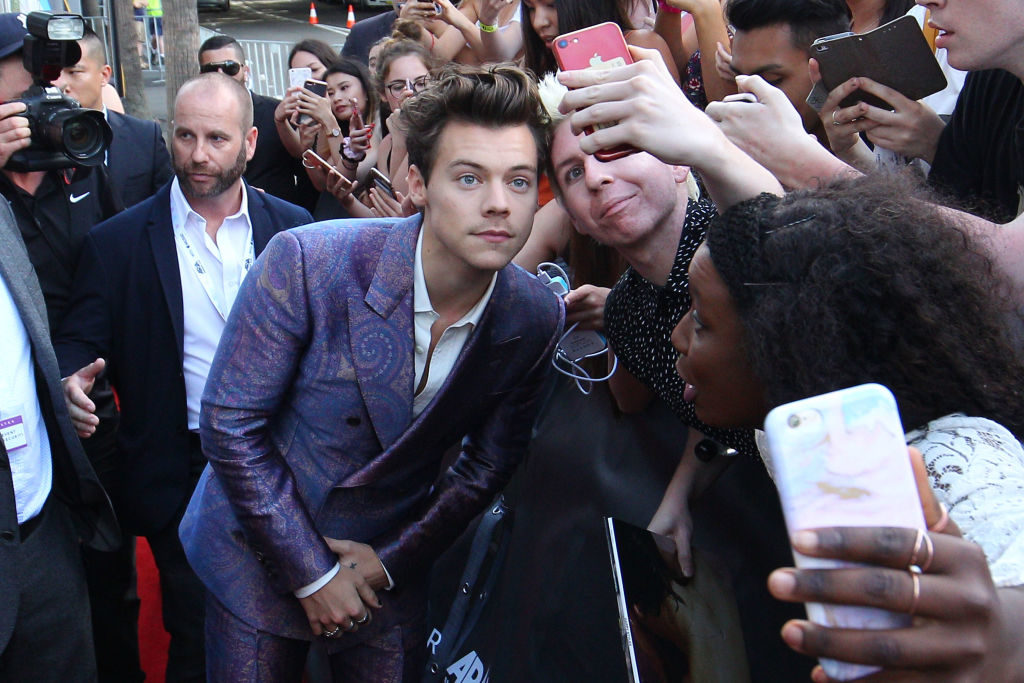 There's nothing quite like the look on someone's face when they're doing something they love. Harry's adoration for music shines through every time he performs, and his intense focus in this picture definitely has our hearts skipping a beat. 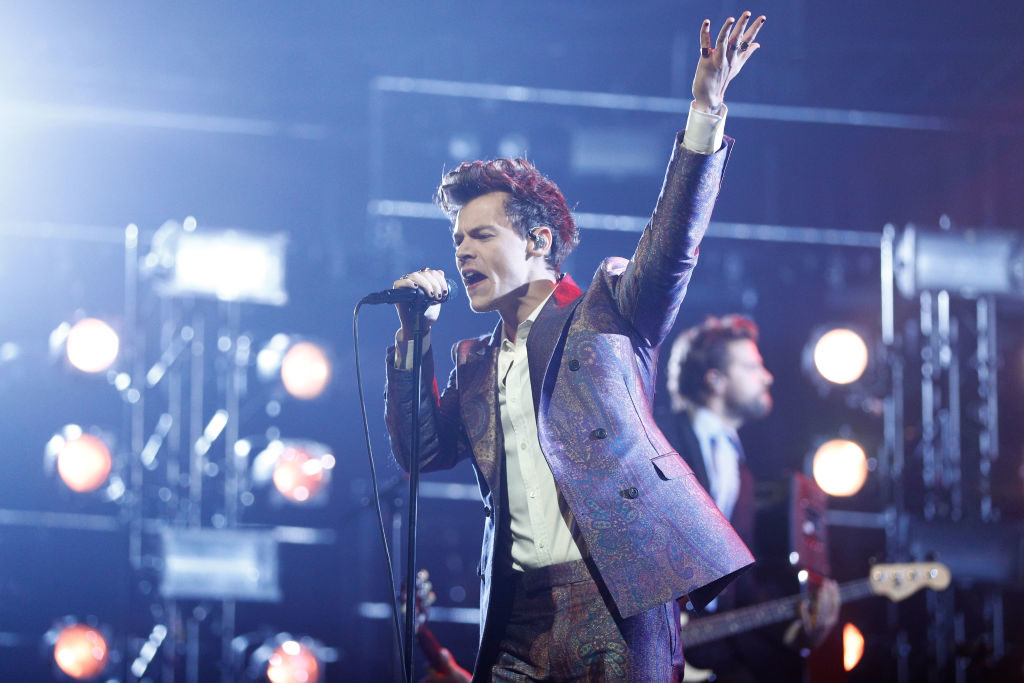 3. Embracing His Unique Sense of Style

Harry definitely has a style all his own. During  the 2017 iHeart Radio Music Festival, he performed in this eye-catching checkered number and totally owned the stage. 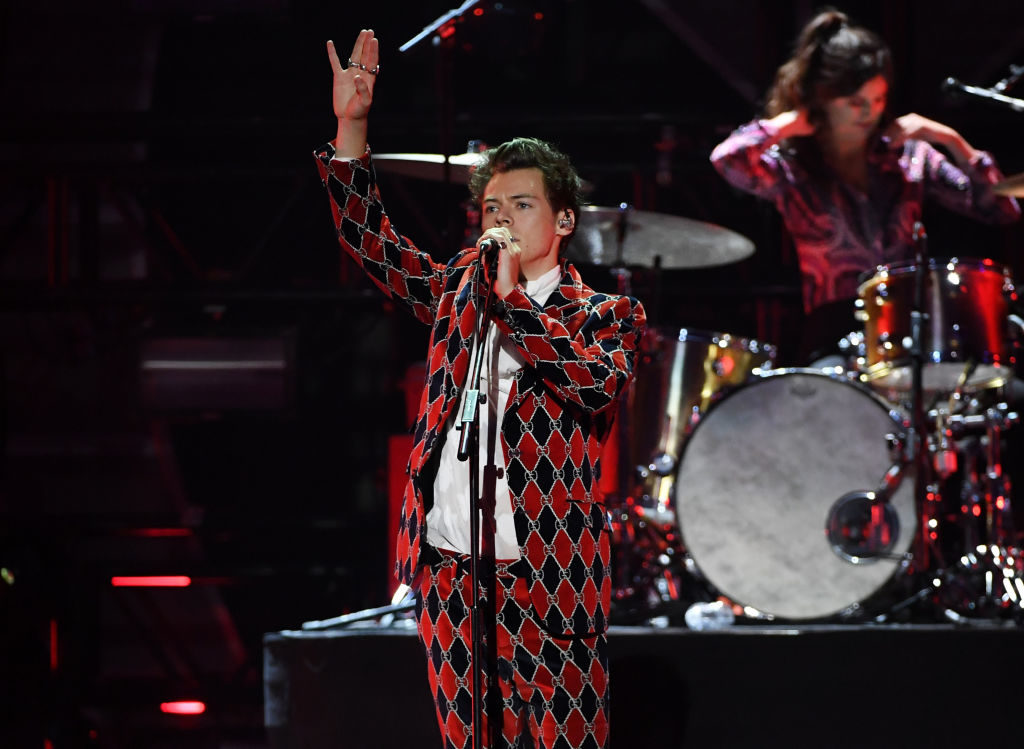 Harry always has an exciting new project in the works, and his obvious joy during the premiere of Dunkirk in New York City gives his face an adorable glow. 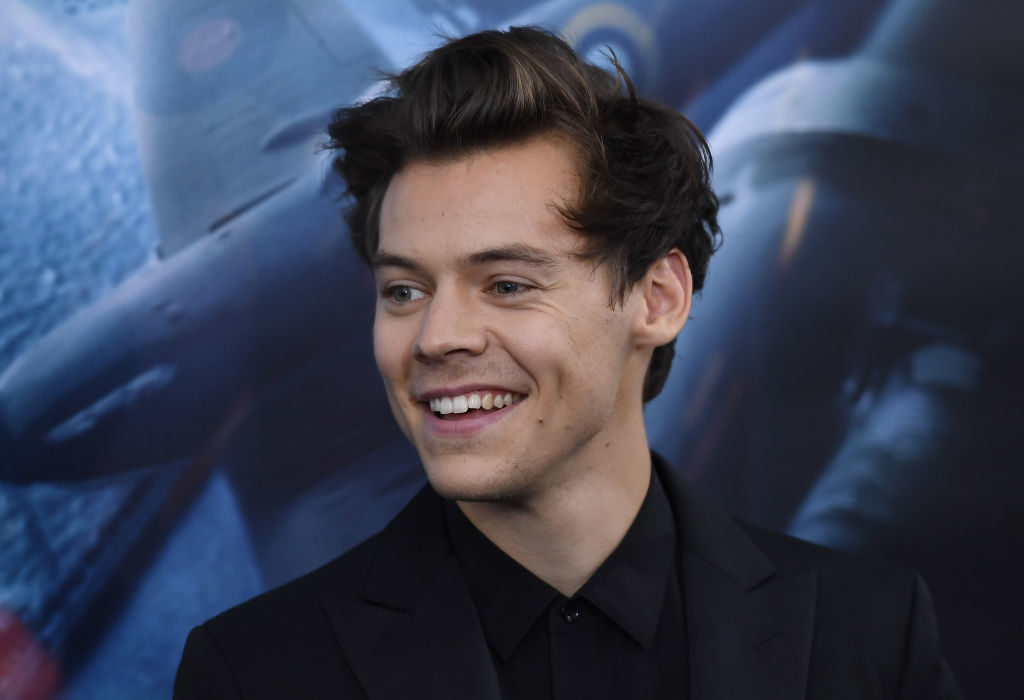 5. Hanging Out With His Dunkirk C0-Stars

Although he's a talented singer, Harry has  recently delved into the world of acting. This heartwarming photo with his Dunkirk co-stars shows that he can bond with anyone, and still look good in the process. 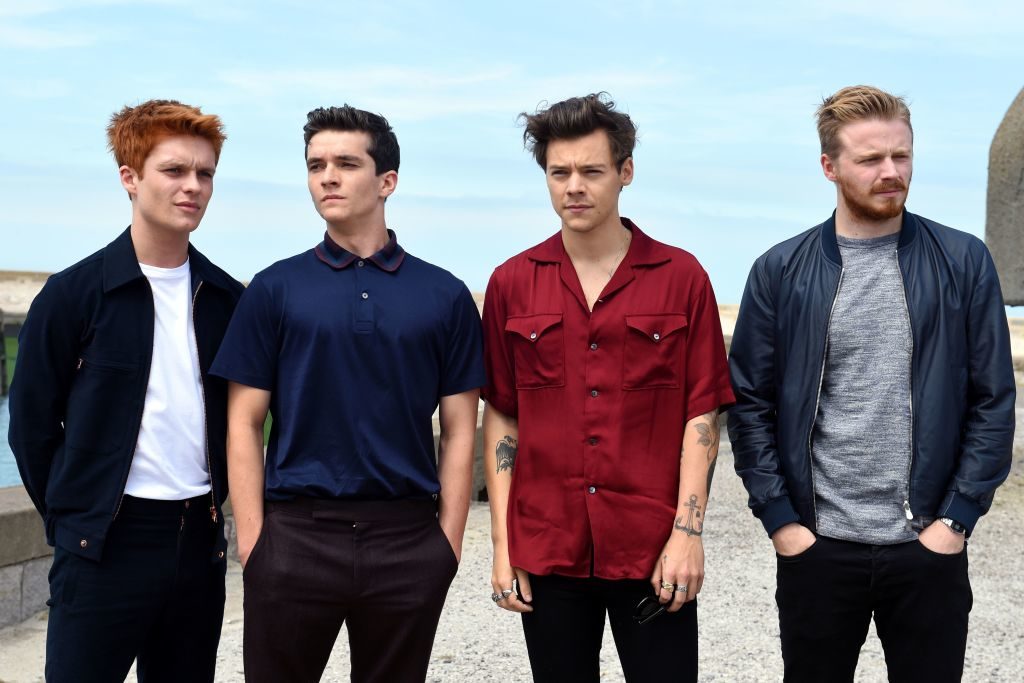 6. Giving the Camera His Signature Smolder

Harry's stunning smolder in this shot during the London premiere of Dunkirk definitely has us a little weak in the knees. 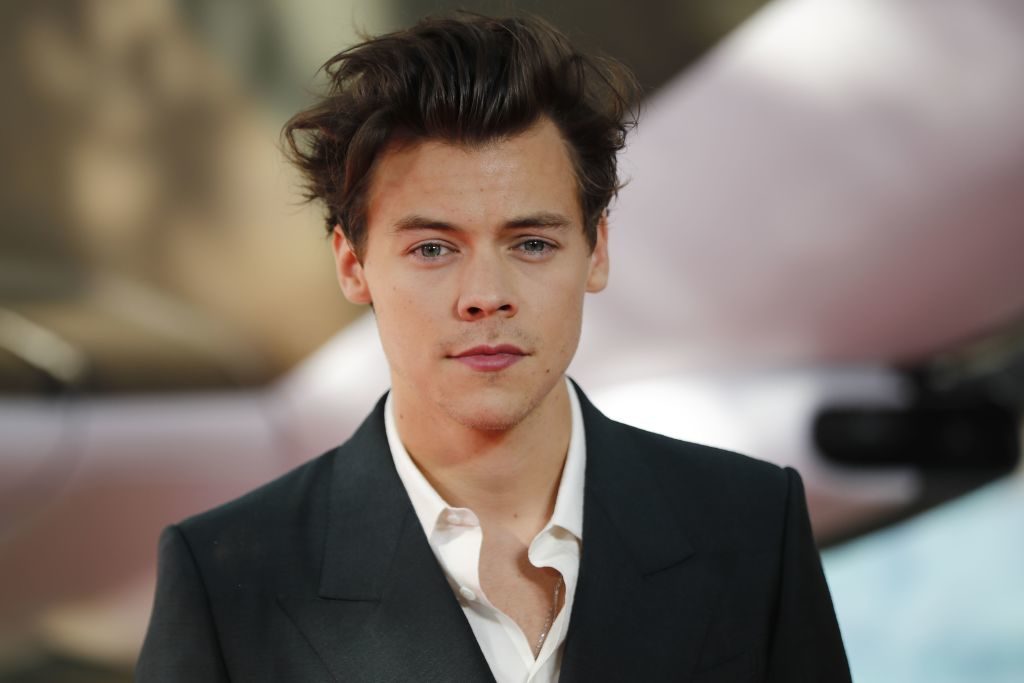 It's literally the most unimportant moment in the world, and Harry makes it look so good. 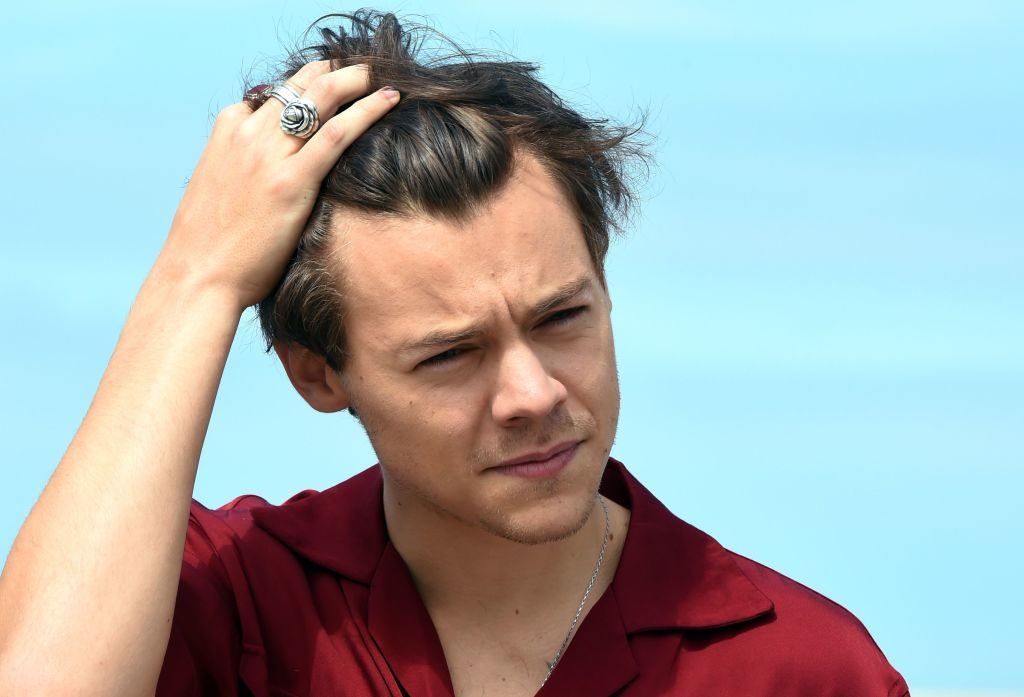 This girl is everything we would feel if we were ever to meet Harry. 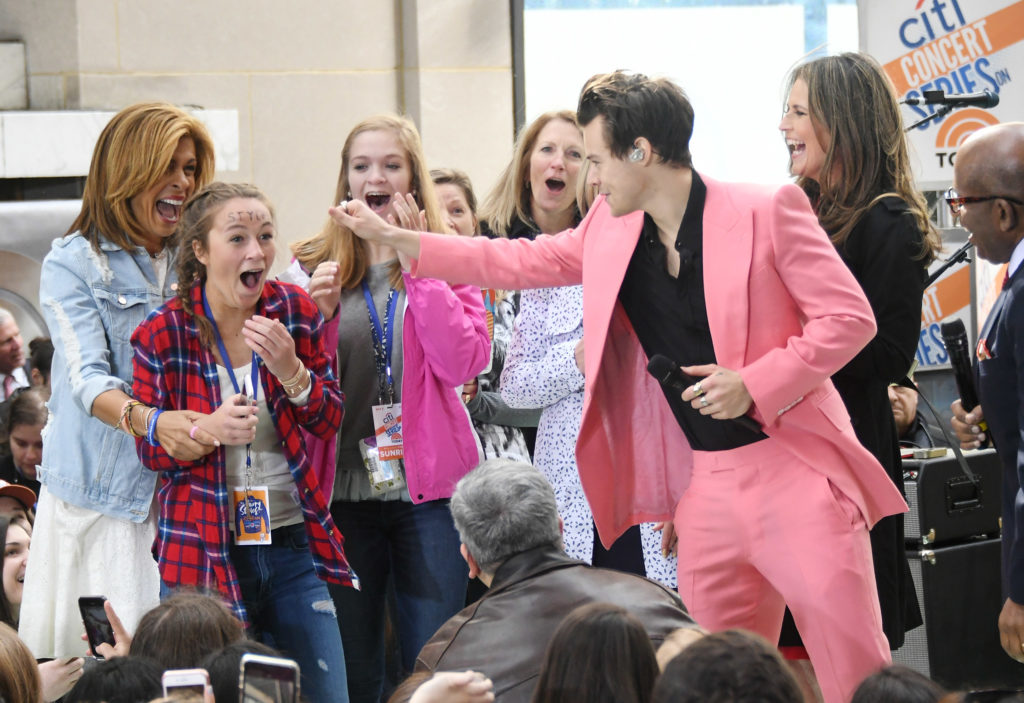 9. And Basically Just Existing in General

From his constant success on the stage, to his newfound talent on the big screen, Harry never ceases to amaze us. And it doesn't hurt that he looks so good in the process. 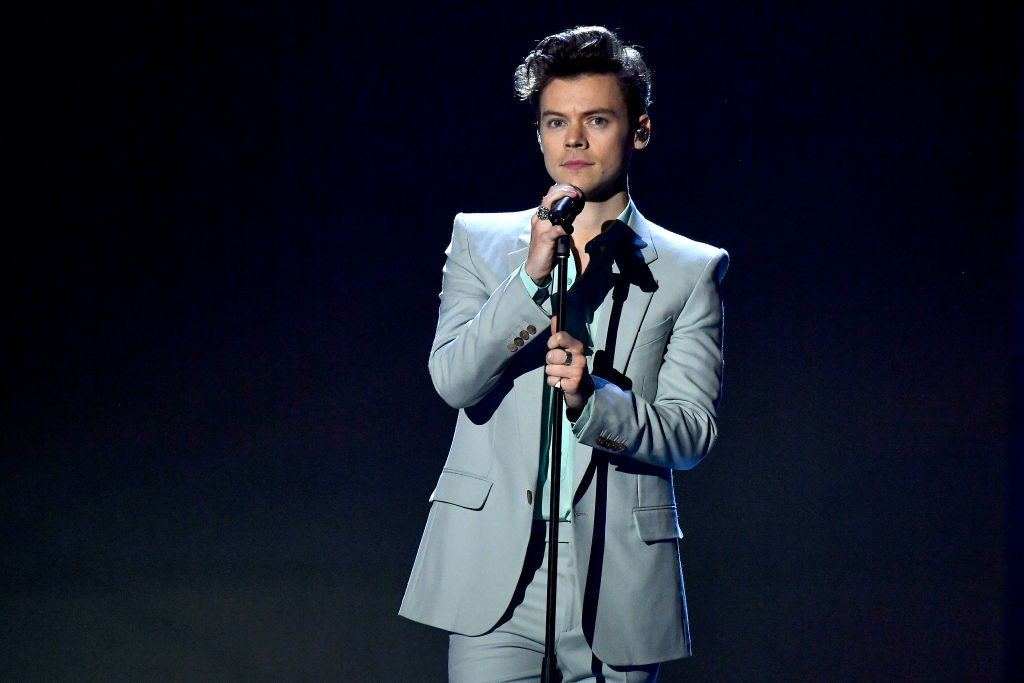 Want to show more of your love for your fav pop artist on his birthday? Click HERE to see Harry Styles lyrics that make perfect Instagram captions.