Summer 2020 hasn't exactly been kind to my sleep schedule.

While I've been doing most things right and using all the tricks in my sleep hygiene arsenal, I simply can't help the fact that the sun is still high in the sky at 9 p.m., completely confusing my circadian clock. No one ever warned me that moving up north would mean the sun hangs out until 10 in the summer!

When all else fails, I've been turning to sleep meditation apps to help me relax my body and slow down my mind at bedtime. The free Insight Timer app is my go-to, but when I heard that Harry Styles had recorded sleepytime audio for the Calm app, it piqued my interest.

Now, I've never been a Harry Styles mega-fan, but I get the appeal, and I wondered if a Harry-narrated bedtime story might be just the thing I needed to cure my slumber time woes. Given my sleep schedule, it also seemed a great opportunity to look into a pricey and premium sleep meditation app. I investigated the app, decided to give its one-week free trial a go, and here's what happened next.

When I first downloaded the Calm app and began a free trial with them, my eyes widened slightly at the price tag of the full subscription. If I didn't cancel with them before my trial was up, they'd charge me $69.99 for a year's sub with the app. That's a bit steep, in my opinion, but seeing as Calm claims to be the No. 1 app for meditation and sleep, it's probably worth the money to a lot of users.

If you're like me, and are curious about experimenting with Calm but don't want to be slapped with a hefty fee at the end, I recommend going into your subscriptions in the App Store the minute as you've started your free trial to cancel. Don't worry—you'll still get your one free week, and then you won't have to worry about quitting later. You definitely don't want to download an app designed for tranquility and wind up stressing yourself out with an unexpected expense. 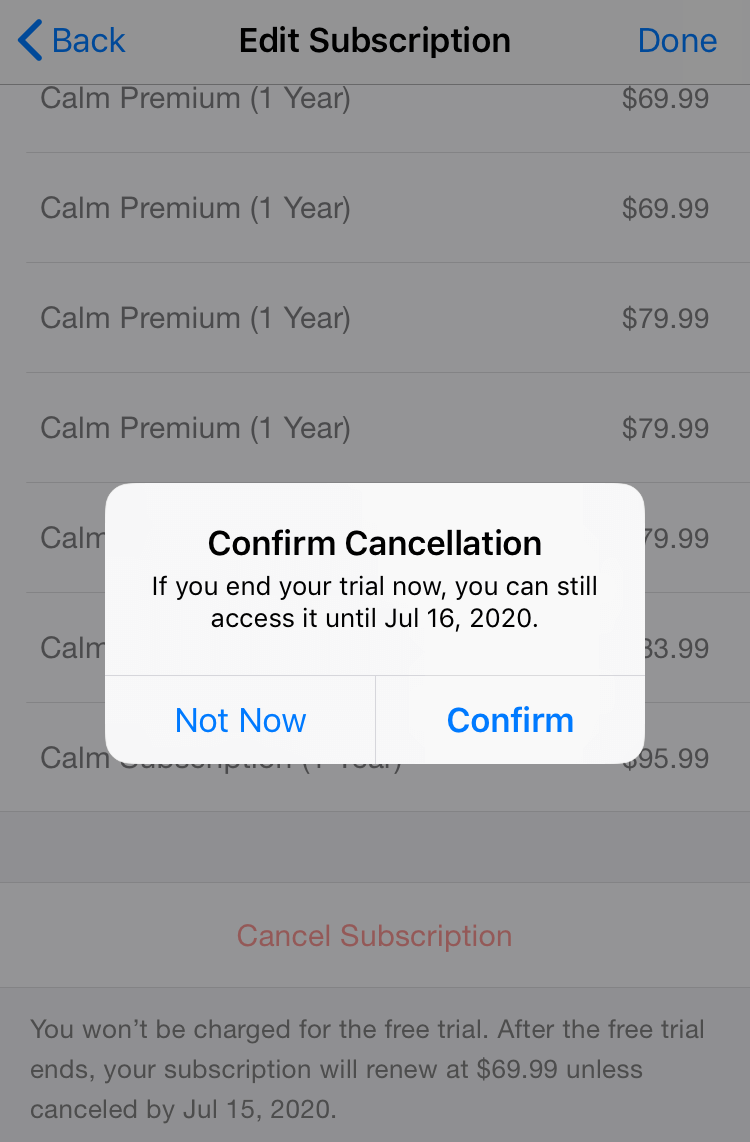 Of course, you can also opt for the one-month subscription for $14.99 per month. You'll probably want to give it a roll yourself before you make that decision.

After downloading the Calm app during the day, I found myself having another restless night, giving me a perfect opportunity to dive into Harry's sleep audio and see if it could work its magic on me. I found it listed under the "Sleep Stories" tab in the app, and easily found the billboard thumbnail for "Dream With Me" narrated by Harry Styles. 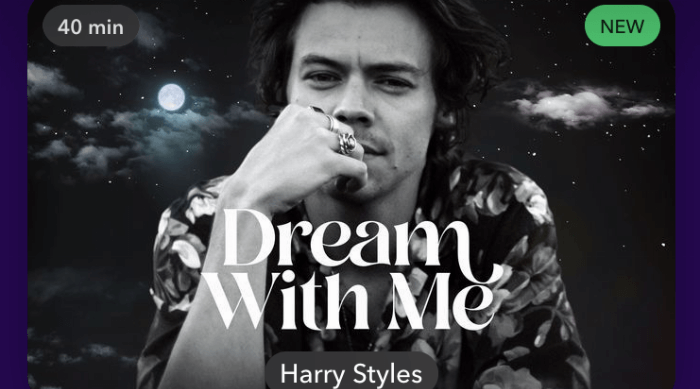 I clicked on it, closed my eyes with my headphones in my ears, and tried to listen as intently as I could by clearing my mind and letting the words wash over me. Harry began to narrate, with delicate, twinkly music in the background, delivering lines in a gentle, dreamy monotone. I found his low, soft voice quite comforting as he introduced himself and explained how he'd be reading soothing words to help me sleep. 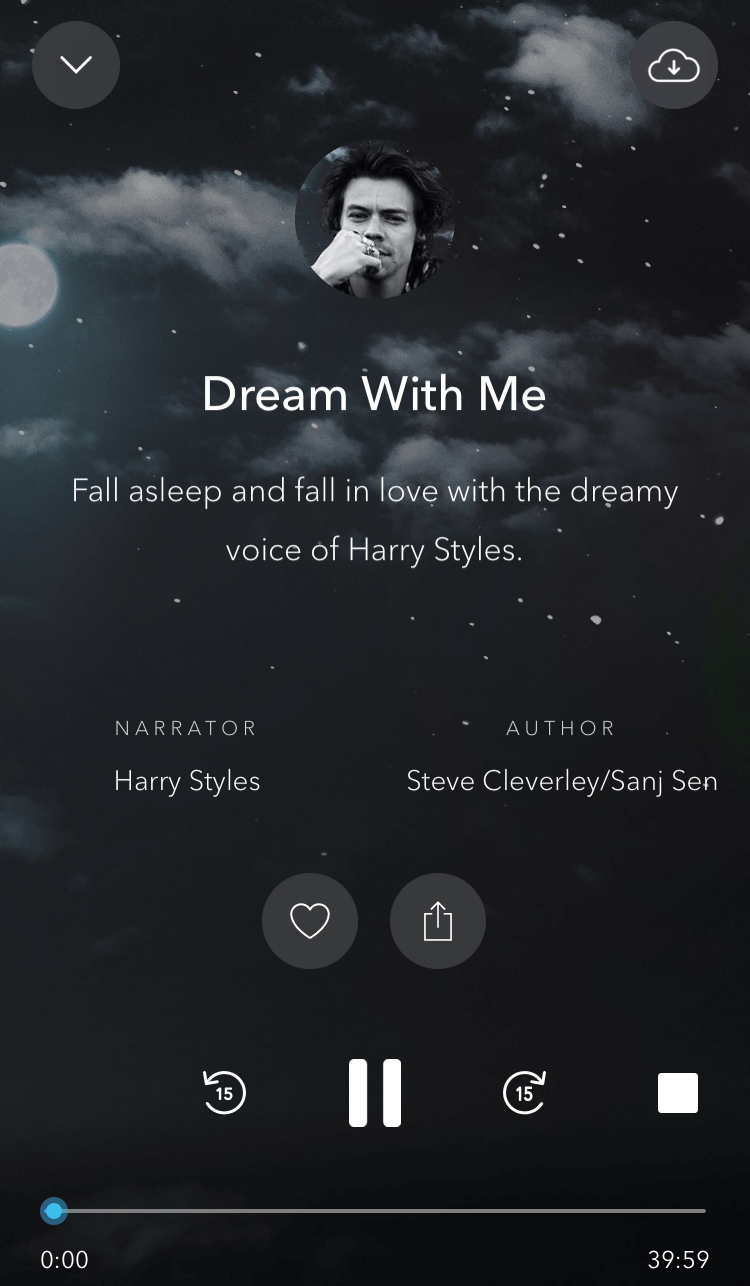 He explained that I should get comfortable, take a deep breath and close my eyes before a too-brief breathing exercise, and then he launched into long, steady and peaceful poem. There was a music to the language as he described various scenic experiences, from stargazing at the beautiful night sky to resting in a sunny, grassy meadow to sitting at the beach, admiring waves and shards of shells.

Each scene had a slightly romantic angle to it, as if Harry was painting the picture that he and I were going on these romantic adventures, traveling the country together. I imagine that if you were crushing hard on Harry, this would be quite entrancing. There's definitely an element of fantasy to it. For me, it was more like going on a platonic date with an acquaintance, so it didn't quite have the same effect. Even so, the rhythm of his speech did lull my mind into a place where I felt closer to sleep.

But there were things about it that didn't quite work for me, either. I sometimes found myself trying to anticipate the upcoming rhyme in his long poem reading, breaking my connection with the cadence of his voice. Between scenes, there'd also be long pauses, and without my mind occupied by calming words, I would find myself distracted. All of the things I had to do, tasks I was concerned about and ideas that had been swimming around in my head preventing me from sleep would return.

Then, when Harry would resume, I was only half listening, and I'd have to really make an effort to tune back in, only for it to happen again a couple of minutes later.

The track is nearly 40 minutes long, but at about the 31-minute mark, Harry signed off with a "good night" and a "sleep well," and the rest of the track just continued the peaceful piano and violin music that had run during the reading.

I imagine that if you were right at the edge of sleep when this happened, this would be the perfect thing, finally allowing you to drift off. My brain was still pretty active, so the silence just gave it more chance to run wild. While I enjoyed listening and did feel like I was closer to sleep, I wasn't there quite yet. At least I had an app full of other great audio resources to get me there.

"Dream With Me" was less of a sleep meditation than a long and beautiful, but meandering poem. Rather than sleep stories, I needed something a little more focused to get my brain to rest.

This time around, I turned to the "Meditate" tab of the app. It was full of audio options including meditations for anxiety, stress, work, self-care, inner peace, emotions and more, including the all-important sleep section. There, my eyes immediately drew me to one called "Letting Go Into Sleep."

I was happy to see that this one was written and narrated by psychologist and renowned meditation expert Tara Brach, who I've heard a lot about in the past. This time around, I found exactly what I needed. Her steady, soft voice filled my head as she walked me through rigid breathing and relaxation techniques, which were exactly what I needed to force out the distractions and get both my body and mind into a state of rest that would allow sleep to wash over me.

I don't know how far I made it into the meditation, because I was out far before it ended. But even though I found success here, I don't plan on renewing my subscription to the app any time soon. Maybe my free apps don't offer premium celebrity experiences, but they work well for me. I especially don't want to get locked into anything given that this is a seasonal issue.

On the other hand, you may find that the Calm app is exactly what you need for your sleep and meditation needs—and that you especially appreciate having access to a lovely little Harry Styles audio story. In that case, it might be completely worth the $5.83 a month that it costs to keep a yearly subscription. Either way, the free trial is worth checking out. Just don't forget to cancel before you incur a nasty charge. 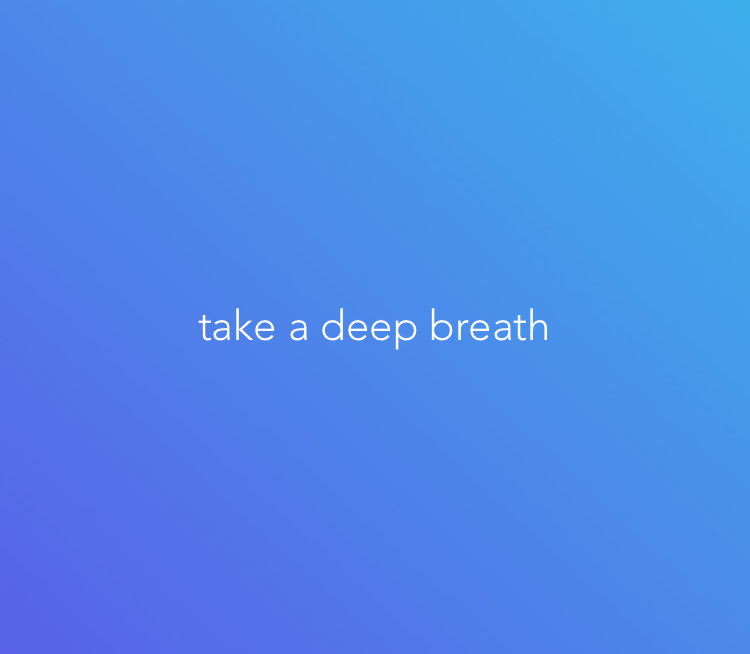 Sleeping differently lately? Click HERE to find out what to do if your sleep is affected by pandemic stress.