Are you too spooked to do a walk-through of a haunted house?

Same, same and more same. When it comes to all things creepy, you can find me in the back with my hoodie wrapped around my head.

But we spoke with actress Hope Lauren to get the inside spook—I mean scoop—on her current horror role in Los Angeles.

You may recognize Hope from her time as Supergirl's worse half, Bizarro. If you thought she was creepy as Kara's evil twin, she'll be sure to scare the pants off of you during her performance in L.A.'s popular haunt, Creep LA. 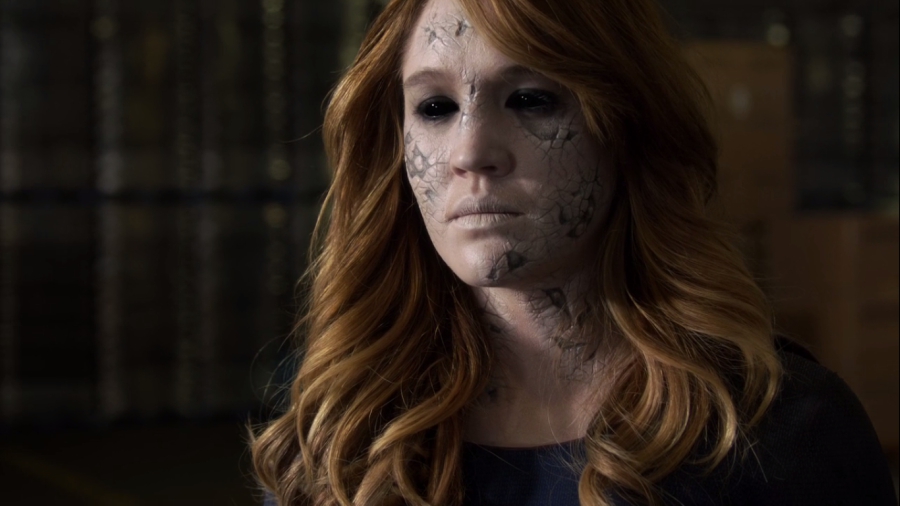 Hope talks about her own fear of haunted houses, what it's like to perform in one and how you can get over your own paranoia below:

Sweety High: Are you a fan of or afraid of haunted houses yourself?

Hope Lauren: No, I am not a fan. I have gone and it's one of those weird things where each time I go, I can't wait to be done. But weirdly because of the adrenaline pumping through my body when I get out of the haunted house, I get why people do it. But I'm just closing my eyes the entire time, so I feel like the experience is lost on me.

SH: How is Creep LA different from other more traditional haunted houses?

HL: Creep like is my favorite thing about theatre, which is connection, but times 10. In our show you have to connect with all of the actors around you, you're involved, it feels like playing pretend. It feels like you, as an audience member, aren't there to be scared, but to participate and sort of be in this world with the performers. It feels more like connection and conversation rather than being a victim of "Boo!"

As an actor in Creep, your performance relies so much on what the audience gives you. Each group is completely different and completely changes the actor's performance and you'll get out of it what you're willing to put into it. It's so much more of a story that you're watching and participating in rather than what you're walking through while things happen to you or jump out at you.

SH: Do you think you'll be able to approach a haunted house with a little more bravery now that you've done Creep and know what goes on behind the scenes?

HL: I think now being on the other end of one, I'd be going into a haunted house just to watch the experience and be interested rather than going to be scared. I would be like, "Huh I wonder who's doing this," or "I wonder who's sweating behind that thing." It's so funny because when you're performing in one, someone is terrified and then they leave your room and you're wiping your face with baby wipes and drinking water, high-fiving your buddies and then going and doing it again. So it does take some of the scariness away when you know what it's like behind the scenes.

SH: What's it like for you to get into a scary character?

HL: It's interesting because it's such a marathon. In a night we'll have 25 groups of people and I've never done anything like it before, so it's much more exhausting than anything I've ever experienced. The cool thing about this is that you're in a space with no fourth wall—there isn't an audience that you have to imagine—you're in a room that's in a house with a bed and a door and four walls and a roof, so it's kind of easier in some ways to get into character because you're so connected to your space. 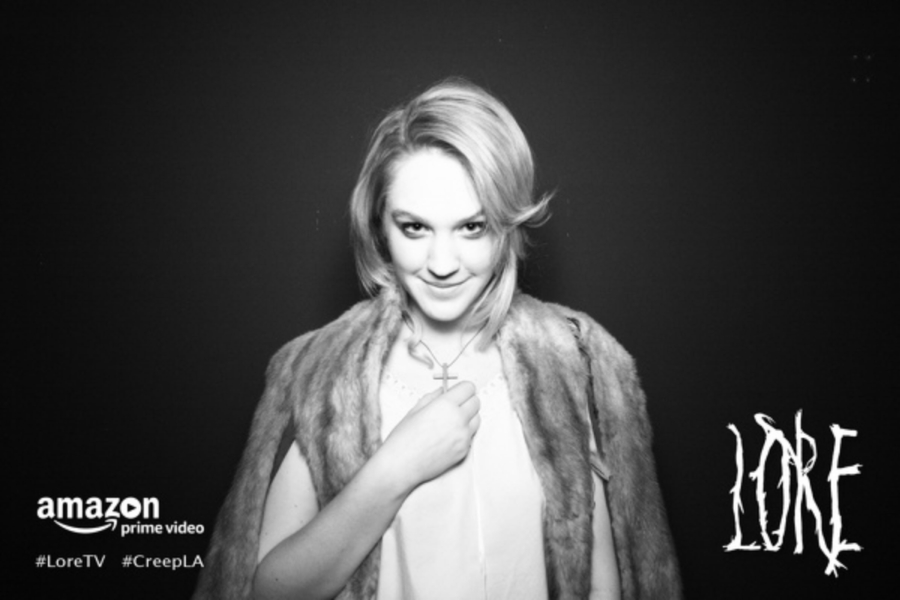 And then it really gets going when the audience comes in. So you get into character but it takes maybe one or two groups before I'm super settled into it and that will change a million times in a night because each audience is completely different from the last. So in the 30 seconds of downtime between groups, you just kind of take a breath, and whatever happens you just have to go with it. Your character and story may be a little bit different than what it was before.

SH: Have you had an experience with an audience member who you knew was super freaked out? How did you deal with that?

HL: One of our first nights I had a guy in one of my first rooms who came up to me and through his mask I could only see his eyes and they were wide and terrified and he kept giving me the "timeout" signal with his hands. I had to stay in character and we don't really have timeouts, so I took him, and since our show lends itself to connection and touching, I just stayed in character and started talking to him about how scared I was to be in this room, too, and that we would protect each other. And that completely changed my next scene because he was at my side and he was so invested in the scene because I'd connected with him. And after that, he was very present in the world and his stakes were so high because he had skin in the game.

SH: Do you have any advice or tips for anyone who's afraid to step into an experience like this and how they can get through it still having fun?

HL: You kind of have to surrender. If you're resisting and you're scared and tense the whole time, everything is going to be that much more scary and extreme. But if you surrender to the experience, be open to all of it, you'll end up experiencing a really great show rather than being like me and covering your eyes while walking through.

You're also probably imagining it worse than it actually is when you cover your eyes. My trick is to just be interested. Be like, "Oh I wonder how they made that costume," or, "Oh, I wonder what they're going to do now." It's a great way to be open and experience haunted houses.

SH: Are there any behind-the-scenes secrets you can share?

HL: It all sounds so corny, but an experience like this is very taxing and they've assembled a cast of really lovely people who are all really supportive of each other. At the end of the night everyone is looking out for each other, everyone has each other's back and is making sure that everyone is comfortable. The cast needs to cool down, too! It's really intense, so afterwards we all sit down and debrief and share tidbits with each other. At the end of the day we've all gone through a very weird and scary experience but we feel great because of this lovely little cast support system. 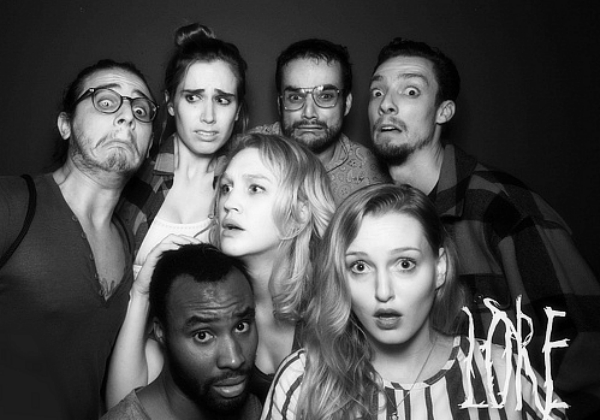 Still not up for walking through a haunted house? Click HERE for the best Halloween flicks that even the biggest scaredy cats can enjoy.