On a blazing San Diego day during Comic-Con, we visited The Lich King's Ice Cream Citadel, where Blizzard Entertainment was giving away ice cream in promotion of their new Hearthstone: Knights of the Frozen Throne expansion.

Grabbing a tasty cup of "Scourgeberry Sorbet," we sat down to chat with Hearthstone senior producer Yong Woo, who's been with the game since the beginning. During our chat, we found out about the origins of Hearthstone, what it means to produce a video game and why Knights of the Frozen Throne is so cool. 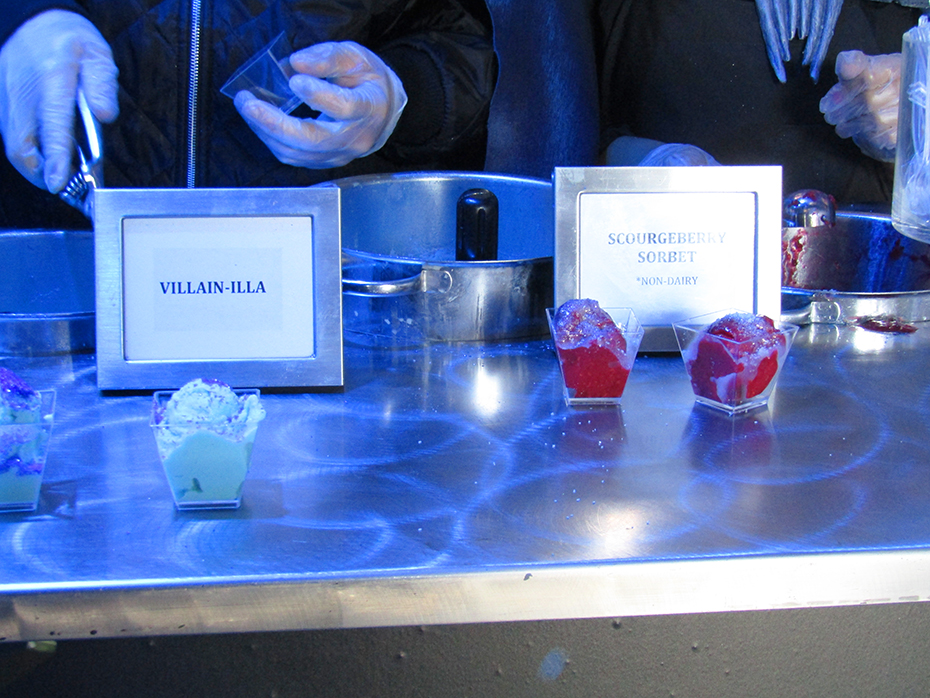 Sweety High: What exactly does your role as senior producer on Hearthstone entail?

Yong Woo: To properly describe what I do, I have to talk about the entire team. A lot of people think a game team is just made up of developers, but everyone has very distinct roles. Even though it's important that we all get out of our comfort zones and lean into each other's areas, there are four main roles: producers, designers, artists and engineers.

Artists are responsible for making the game look and feel like Hearthstone and keep everything up to "Blizzard quality." We want it to look epic, and they make the ideas a reality.

Designers figure out what makes Hearthstone fun and they dictate the rules. Since it's a collectible card game, sometimes we release new cards, and designers are responsible for laying out which cards we're making, why they're fun, and how they're easy to engage with while still having depth.

They then collaborate with artists on the themes of the set and looks of the individual cards. With Knights of the Frozen Throne, the designers wanted to explore a world where all of our heroes had died and become corrupted, resurrected as evil beings.

Then the engineers work to program the game, bringing it together so you can actually play it. Those three groups create the game, and they're all very focused on their individual parts.

For example, Jaina Proudmoore is one of our heroes. She first appeared in Warcraft 3 in 2002, so she has a long history, and ever since then, we've really fleshed out her character. We had an artist spend a long time working on this character we know and love. Jaina is champion of the alliance and master of the arcane arts, but what happens to her when this war against evil weights too heavily on her soul and breaks her? He spent the whole week concentrated on drawing different concepts of her, figuring out what she would look like undead, or spectral or as something totally different until we arrived at the right idea.

My job as a producer is to work together with those groups to arrive at the core of what we're doing. I try to understand the bigger picture and build the roadmap to get there, create a schedule, then make sure the team is on track to execute it. 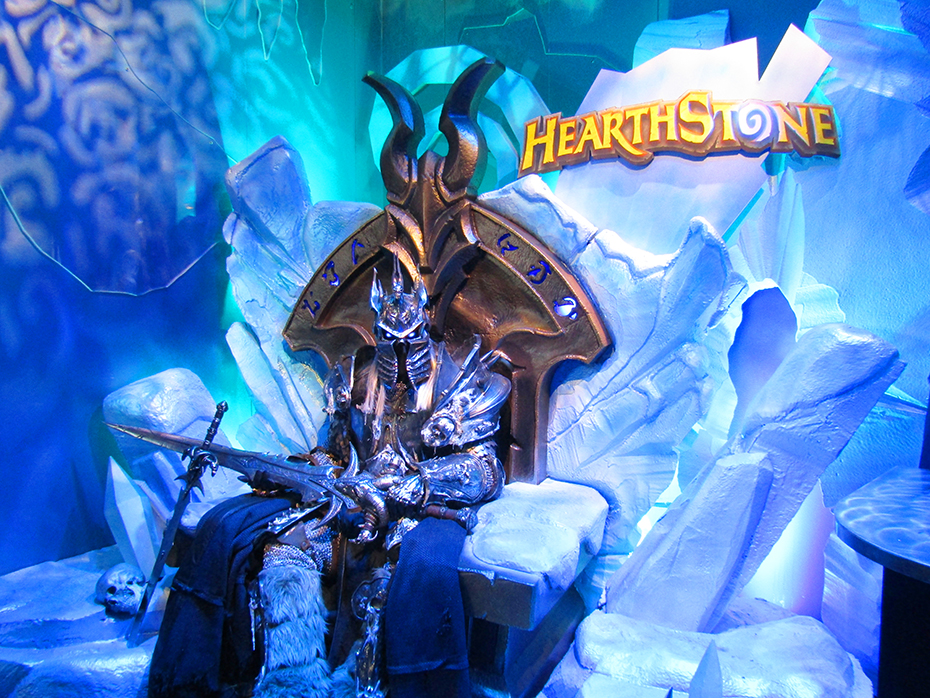 SH: What did it mean to you to nab that role?

YW: Getting a position as a producer at Blizzard was a dream come true because I'm passionate about games and they've been a huge part of my life. When I used to travel a lot as a consultant, I was apart from my friends and my family, and video games were a way for me to connect with them.

I was playing a lot of World of Warcraft back then. After a long hard day at work, I'd log in and it felt like home when I could play with my friends and my sister. To me, video games have always been about that shared experience with people I love.

SH: When you joined the team, did you ever guess Hearthstone would be as big as it is today?

YW: I was the 11th person to join the Hearthstone team, and there are more than 80 of us now. When I first joined, I was really excited to do something so experimental. It was impossible for us to anticipate how big the game was going to get. At Blizzard, we try to create something we're passionate about that not a long of people are experiencing.

World of Warcraft was the same way. A lot of our developers were playing other MMOs at the time, but they can be very hardcore and difficult to get into, so we made a game that's welcoming to a much larger audience. That did incredibly well, and it stemmed from our desire to share MMOs with more people.

I grew up being a fairly nerdy dude and I played a ton of card games growing up, but I always wondered why more people weren't playing them. One of the big weaknesses is that they can make you feel dumb. You come into contact with Pokémon and you want to play it, but there's a huge manual to read first, and that can make you feel like you don't know what you're doing.

But Hearthstone doesn't bombard you with complicated rules. A game can be complex without being complicated and have depth without being overwhelming. We focus on streamlining the experience. We also want the themes to be charming, delightful and inviting instead of always making it this serious ultimate battle between good and evil. I think that really resonates with people.

And of course, once you get into it, you'll find that Hearthstone has a community of really excited players. If you really enjoy the game, you can also decide to become competitive or a world champion. It's easy to get into but it's very challenging to master, and we support players all along that spectrum.

But we had no idea it was going to blow up this big. We just thought that card games were cool and it'd be awesome if more people played them. As of this year, more than 70 million players have played our game. That feels awesome and that's what makes this company work. I go home and I can't wait to come back to work the next day. 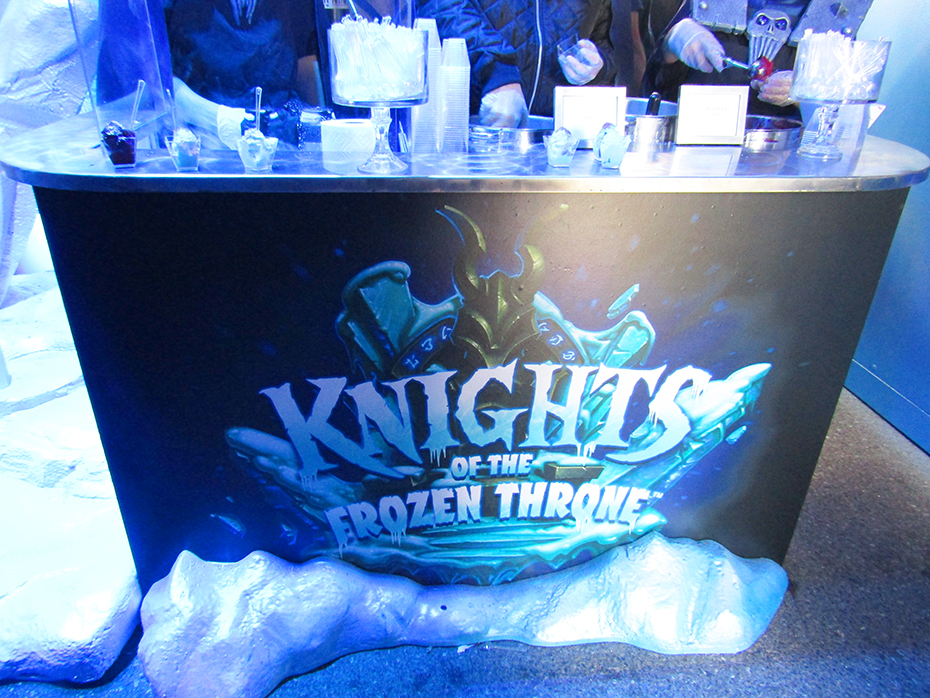 SH: What's the toughest part about producing a game like Hearthstone?

YW: The more I work, the more I realize the hardest problems are not technology or game design problems. They're people problems. You have to understand that everybody's really different. The toughest job is understanding people and knowing how to communicate with them and motivate them. We create an environment where they're always growing in a direction they want while also moving the project forward.

Every time we're about to ship, we should all be able to look at each other and know we did a great job as a team, that we had fun, and that we can do it again. When that happens, I feel really fulfilled. We've been working on Hearthstone for four years, and every time we ship something, we feel like a family who did it together.

The most important thing is trying to see things from another person's perspective. I tend to believe that all of the conflicts in the world are primarily based on miscommunication. At Blizzard, we foster a family-like environment and really try to understand each other, communicate and come to a consensus. If there's a disagreement, I try to consider why the other person is feeling the way they feel and whether I could be wrong.

YW: The most important thing for new Hearthstone players to remember is to have fun. It's okay to lose, especially early on. Just play your game. Sometimes you'll win, sometimes you'll lose, but no matter what happens, you'll slowly start making progress toward a better and better collection. Play for fun and experiment with cards you like. Enjoy the game, and don't get too obsessed with winning or losing. 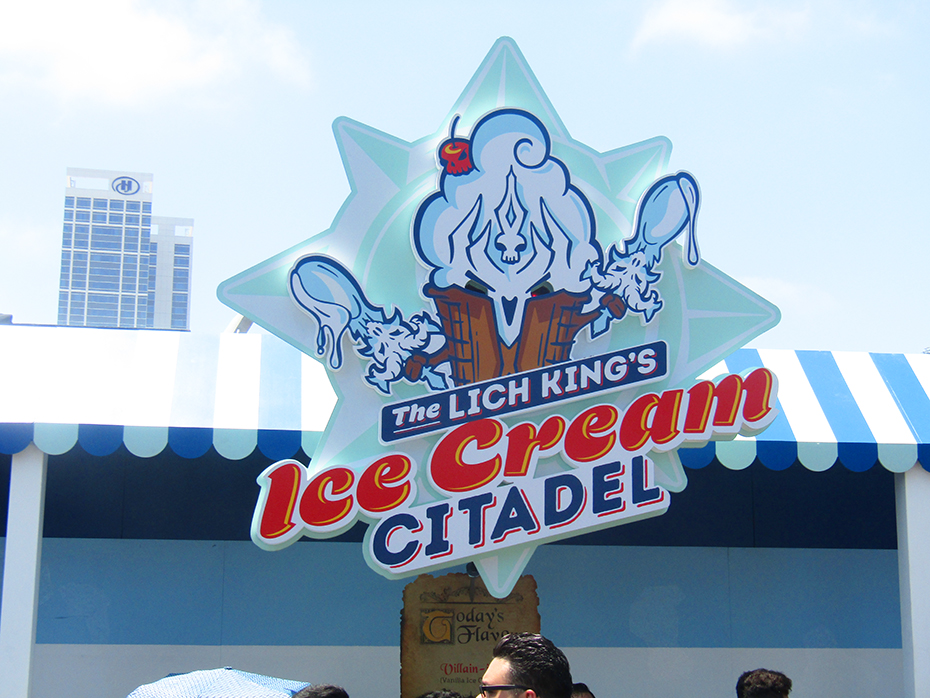 SH: What advice do you have for our readers?

YW: It's really important to do work you're passionate about, so if you're starting to think about what you want to do later in life and what you should study to get there, start now. It's easy to get enamored with a concept and really think you want to go into that field, but it's important to try it first. It might actually be more of a grind than you think.

Really think about what you want to do, and start doing it. If you want to make video games, that's awesome. The world can always use more game developers. But remember that nothing's stopping you. Make games right now. You can download tools like Unity or GameMaker, which make it really easy, even if you're not a programmer.

And if that's too much for you technologically, make board games and card games. Just start making stuff. Nothing is stopping you from creating these things right now. That'll tell you whether you actually like doing it and help you understand whether you can handle getting feedback, which can be painful, then acting on that feedback to make something better.  Try it out. If you like it, pursue it. And if not, maybe playing games might be more fun for you than making them. That's okay, too.