I bought myself an indistinct protective black case for my Nintendo Switch the month I got it, and not once have I second-guessed that decision.

While I've seen some pretty stylish cases since then, I've never been particularly tempted to purchase any of them. My case's hard shell means I can shove it in a backpack and not worry about my precious Switch getting crushed, and I'd rather save money than have a prettier case.

But when game accessory company Hori sent me a couple of their absurdly adorable plush Splatoon Nintendo Switch cases in a recent box of goodies, it made me rethink my Switch case position. Could one of these replace the case that had served me so well for two years? I had to try them to find out.

The pouches can either be held like a plush or carried using a built-in wrist strap. They also come with a shoulder strap to convert the case into a small crossbody bag. They're officially licensed by Nintendo and come in vibrant neon pink and neon green varieties, retailing for $19.99 each. 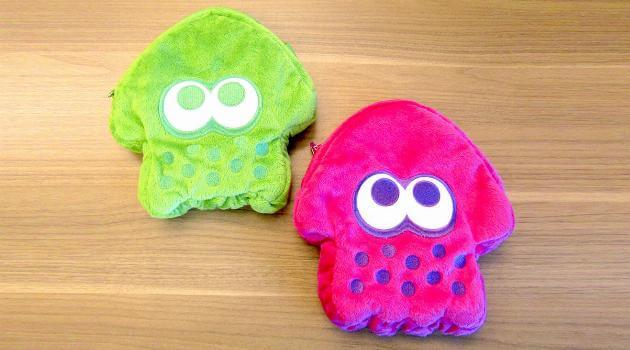 My first test of the Splatoon cases was to open one up and see how my Switch would actually fit inside of it. My favorite color is green, so I opted toward zipping open the green case first and was interested to see the setup inside.

From the outside, you'd never guess it's a Switch case because it's smaller than the actual system, but by slipping the Joy-Cons off I could place the flat tablet section into one slot, and each Joy-Con in their own separate places, for a perfect fit. The tablet part of the Switch felt a lot snugger than the Joy-Cons, which had a little bit of wiggle room around them. This left plenty of room in the case, and I was able to comfortably fit the strap and three additional Joy-Con shaped Hori controllers, and there was still some room inside. 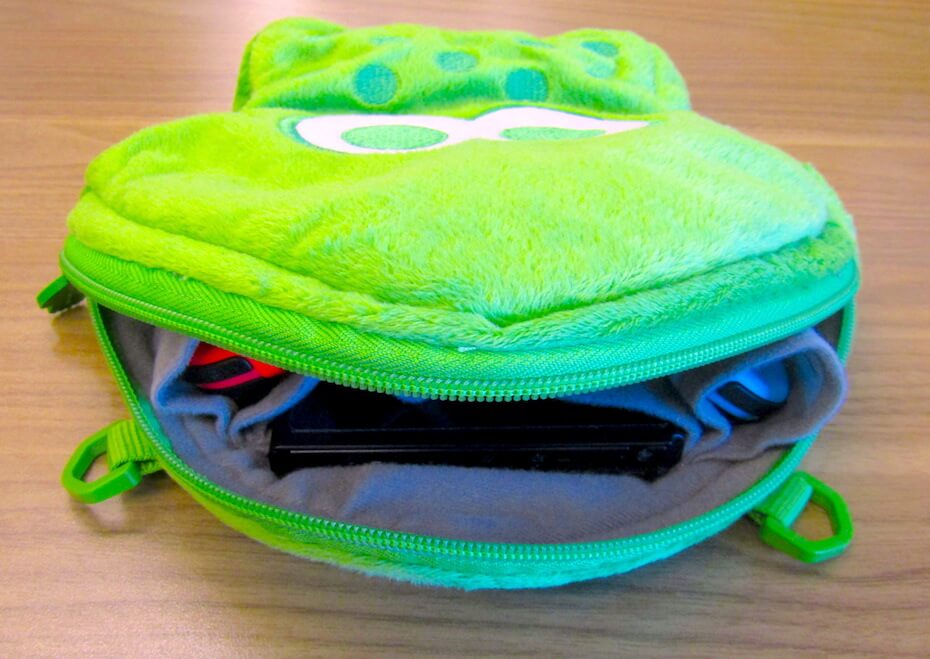 When it came to carrying it around, I tried the shoulder strap first. Even with my Switch and some extra gadgets inside, it was super lightweight. However, I found the over-the-shoulder look a little flashy for it. I wound up preferring simply holding it by the wrist strap, which was just as comfortable for me. 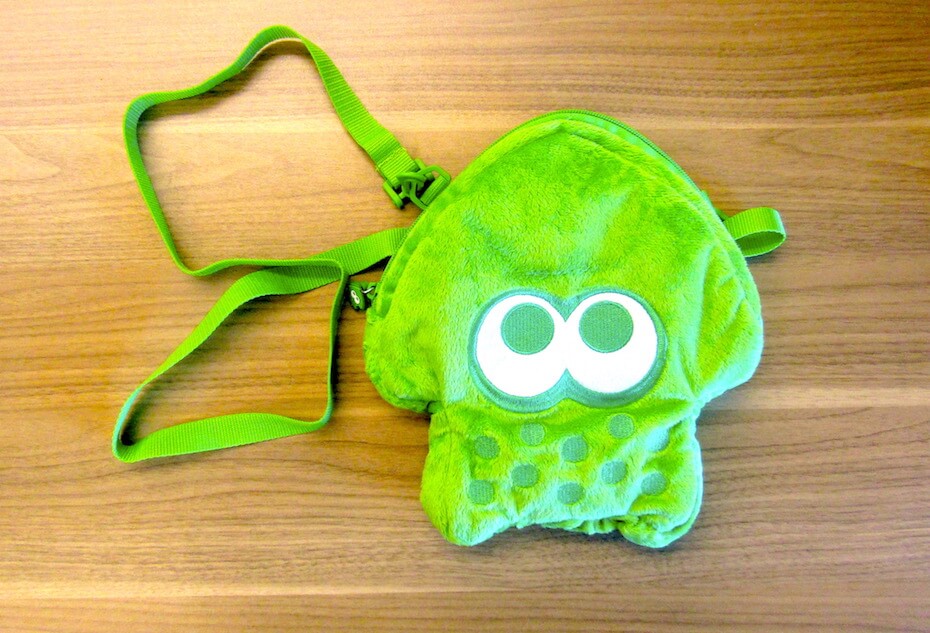 However, this definitely isn't the most protective of cases. I wouldn't dare throw this in a suitcase that was going to get jostled around a lot because I don't think it would do much to keep the screen and Joy-Cons safe. As much as I love the look of these cases, when I brought my Switch with me to E3, I reverted to my hard-cover case for safe-keeping.

I really love these cute cases, especially the green one, and I definitely plan to keep them around. While they won't be replacing my hard case entirely, they will be supplementing it. Even if it won't do much to protect my Switch from harm, it's just the thing for toting the system somewhere I'll want to show it off, like to a friend's house where we'll be playing it. And even when these cases aren't in use, they made for some bright and cheery decor.

If you love Splatoon as much as I do, click HERE to take the quiz and find out which Splatoon 2 character you'll be.