Can't Draw? We Dare You to Try How to Draw Cool Stuff

Catherine V. Holmes' How to Draw Cool Stuff  series aims to go above and beyond what traditional step-by-step instructional art booklets offer by nurturing technique and understanding in addition to the capacity to follow directions.

If you're used to traditional drawing books, you're probably used to drawing basic shapes and adding connecting lines to generate the basic outline of your drawing, then following instructions and copying the next steps to the best of your ability to get something resembling the final image.

While you can always skip ahead of the directions and read How to Draw Cool Stuff books like you would those other books, there's a lot more to learn here if you pay attention. Catherine's motto for learning to draw is made up of three steps: "Know," "Understand" and "Do." Not only should you know about each of the techniques discussed in the book, but understand how they're used and what they communicate, and be able to use them in your drawings effectively. 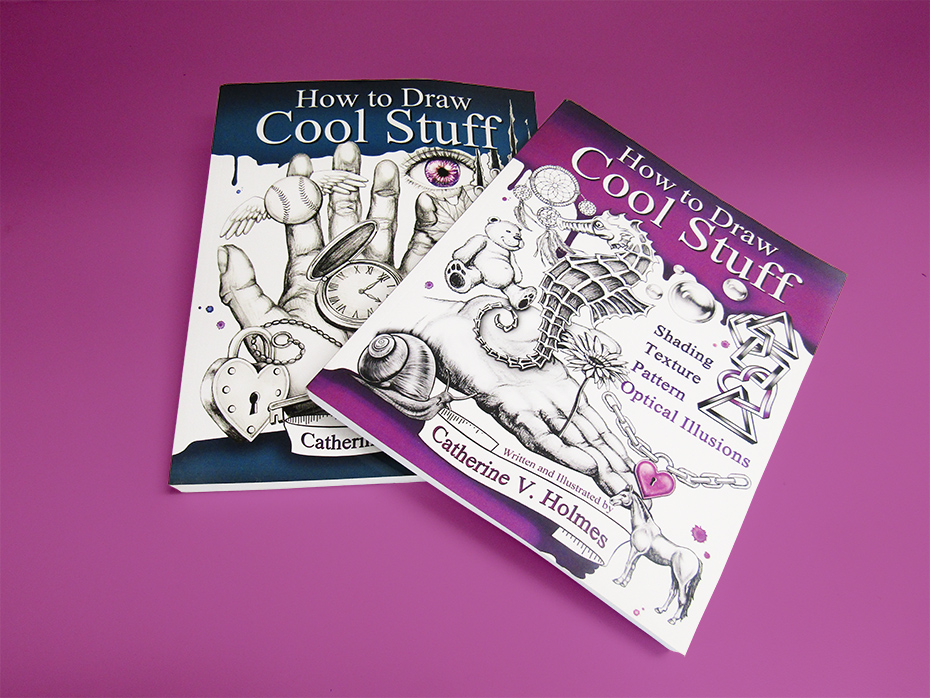 But what did I actually learn in studying these books? I tried guides from each of Catherine V. Holmes' books to put these tutorials to the test.

How to Draw Cool Stuff: A Drawing Guide for Teachers and Students

Different aspects of lines in drawings and whether they're thick or thin, light or dark and solid or dotted can convey meaning within a drawing. The book uses a drawing of a bird in flight to demonstrate this.

Starting with just a circle and an oval, I drew the body. Within eight quick steps it already resembled a bird in flight. 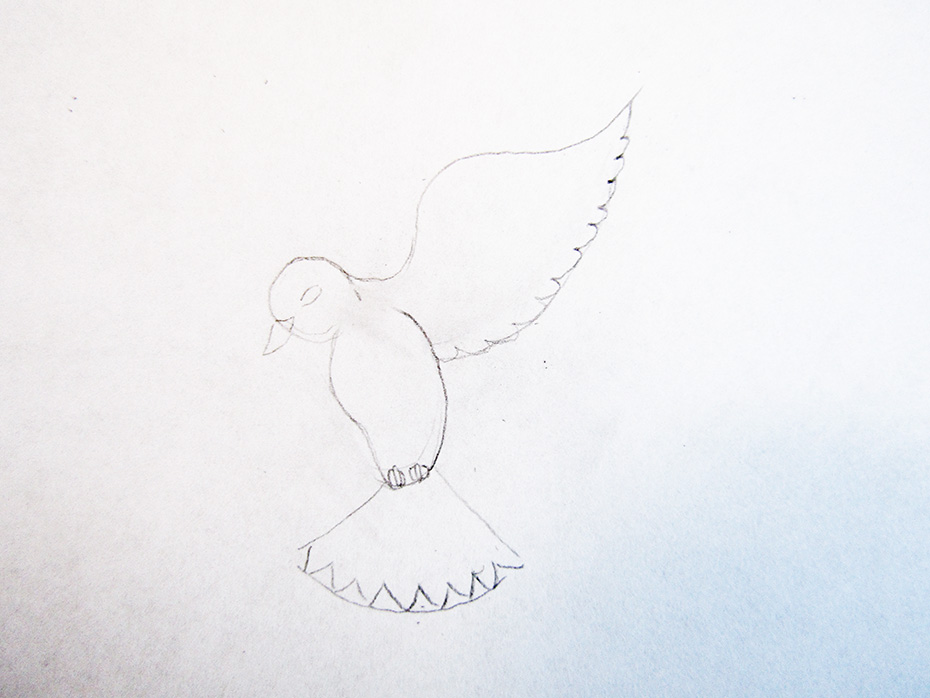 Within two more steps, extraneous lines were erased, contour lines were drawn in various areas around the body and my bird gained his second wing. It may have looked complete, but one final step definitely made it look better. 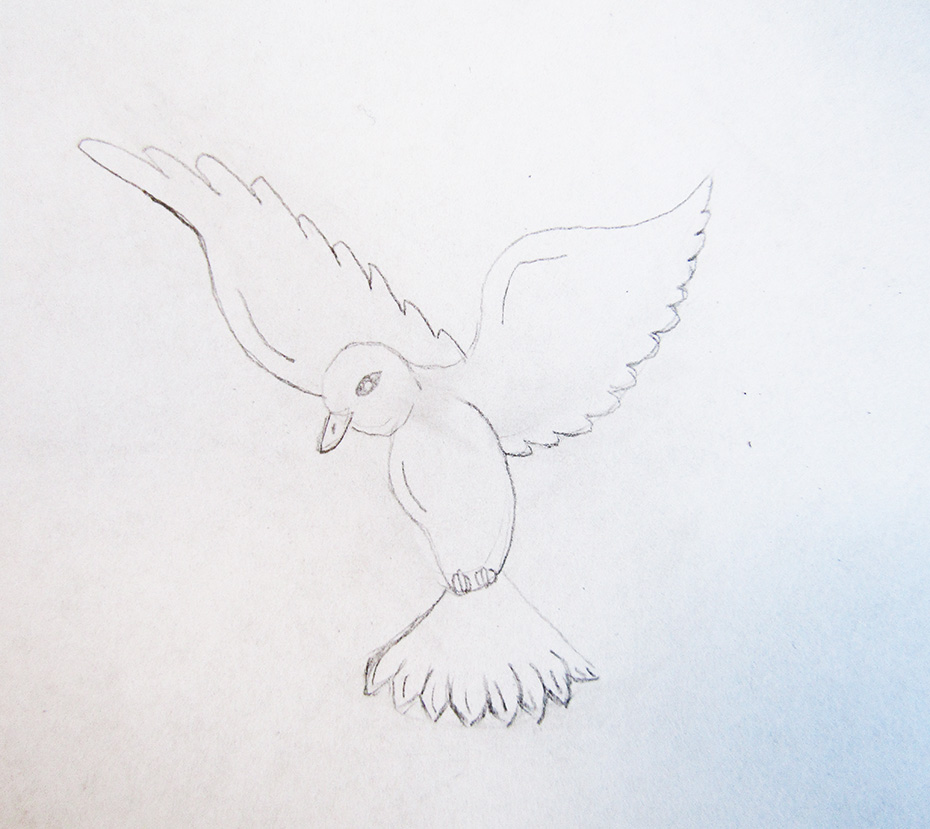 Using my pencil to thicken certain lines gave more power to the illustration, elevating it from a doodle to a more serious composition. 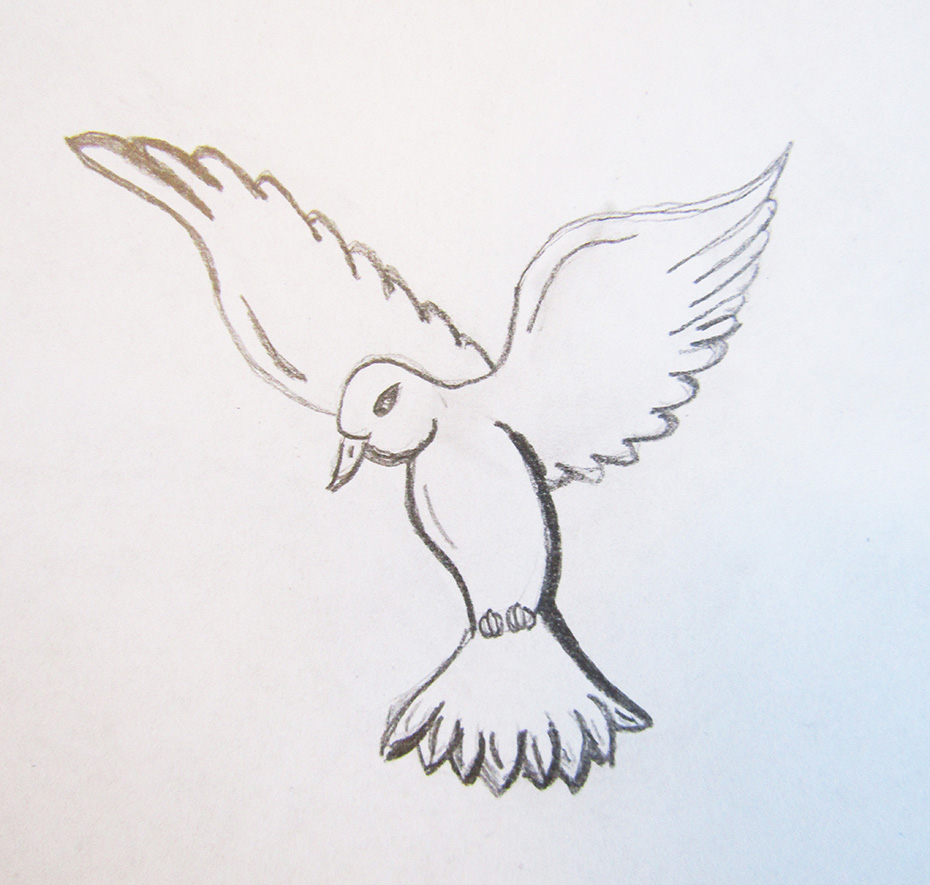 When you're drawing, you can only really work in two dimensions, but foreshortening gives the illusion that the image is three-dimensional by making it look like it really moves back in space.

This can be done by representing not just the front of an object, but by a couple of its sides and its top, and also through shading. One of the simplest examples is the cube, which is the basis for a gift box. 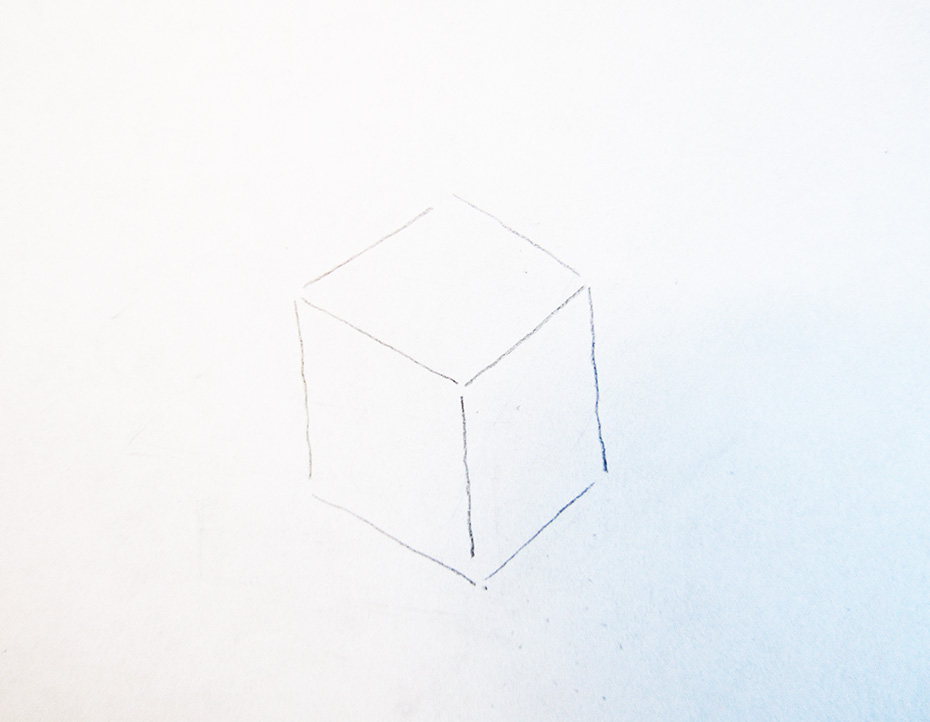 Once my basic cube shape was in place, I just had to add in the details of the bow, with some cross-hatching on the sides of the boxes and the ribbon and some hatching as a shadow to make the gift box pop. 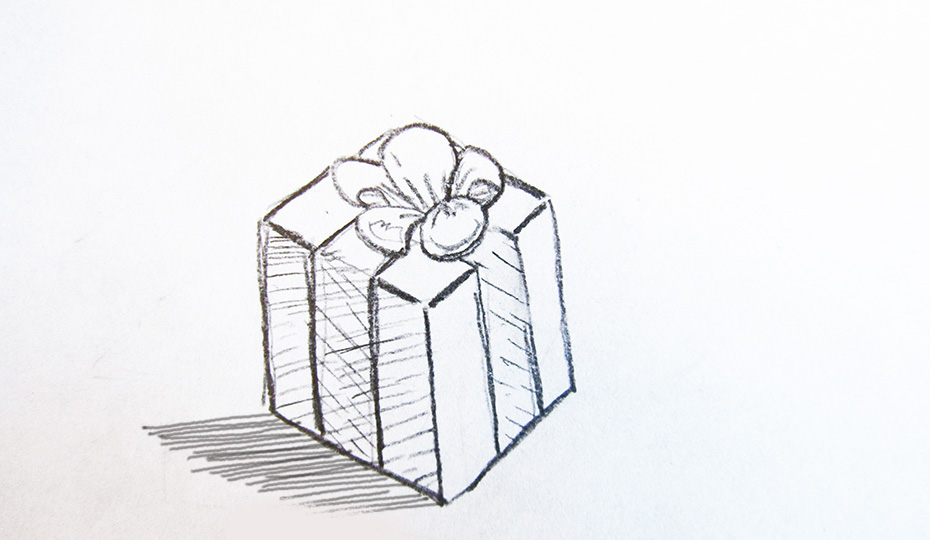 Any 3D object you can think of can be drawn by first figuring out its composite shapes, and parallel lines are useful for demonstrating lines within the same plane. This slice of cake is a good example. Though a weirder shape, like a fork, might seem complicated at first, drawing it requires the same basic tools as anything else. 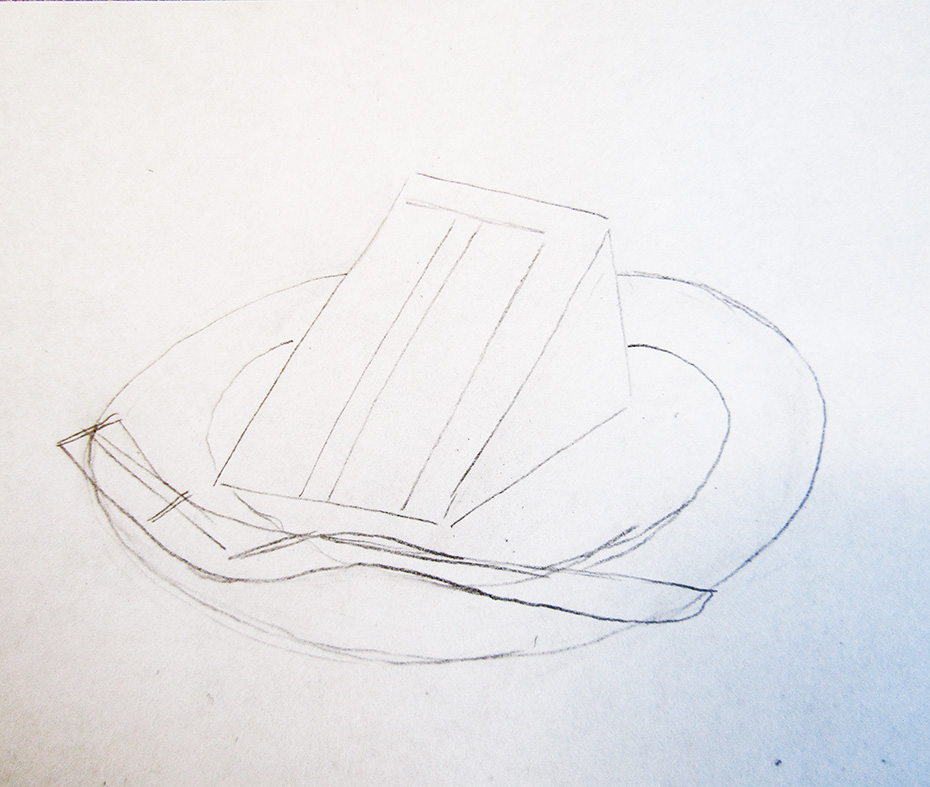 With my outline in place, it was then time to add more details to the cake, giving it a wavy layer or frosting and coloring in the cake, and adding depth to the plate and fork with shadows. The strawberry, also drawn in the book, was another fun touch. 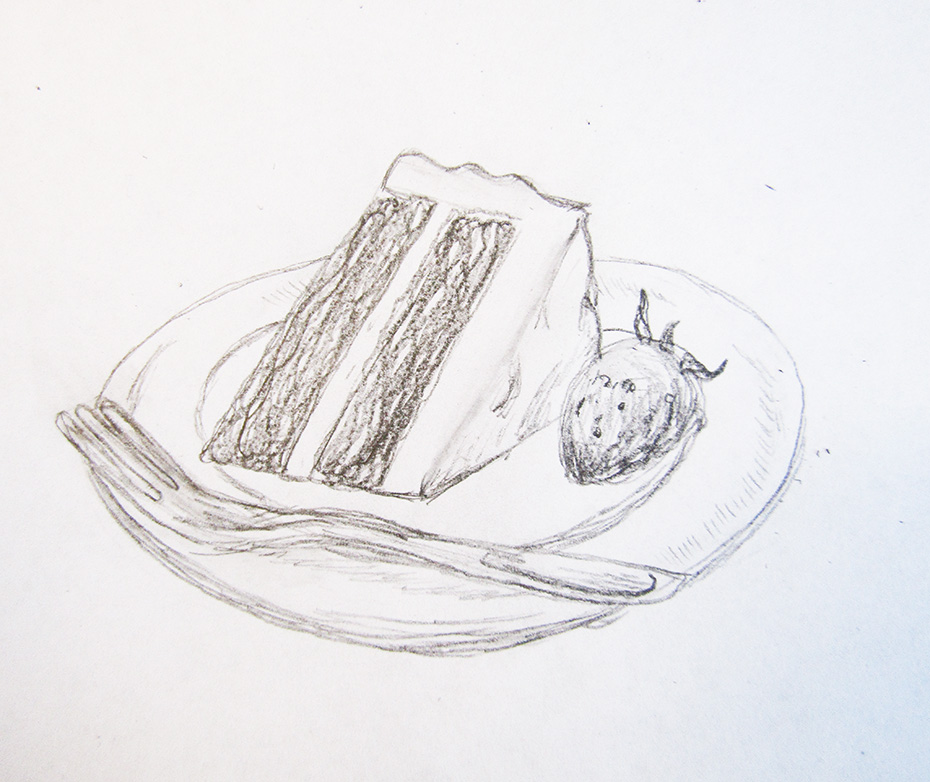 This book expands on a lot of the topics in the first book, including more detailed drawing instructions and smaller, finer steps. I decided to draw this daisy because, though it seemed complicated at first, the full drawing was broken into only nine steps. Starting with a simple petal and adding petals layer by layer, I was able to get to the illustration below. 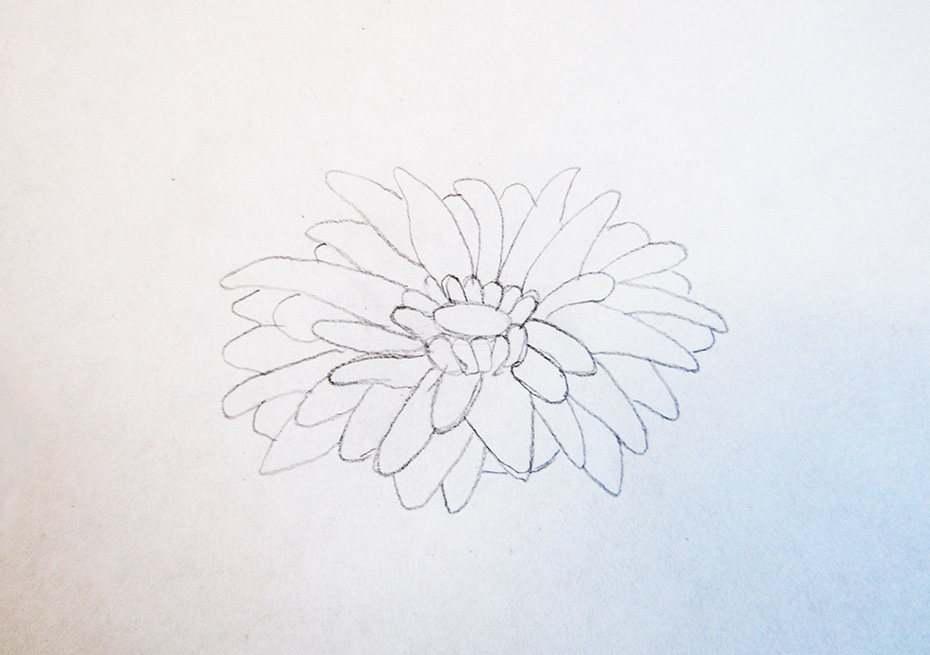 The final three steps are all about properly shading the daisy, understanding that petals under other petals won't get as much light and areas of the petal closer to the center should be darker. The end result may looks super detailed, but it was easier than it looks. 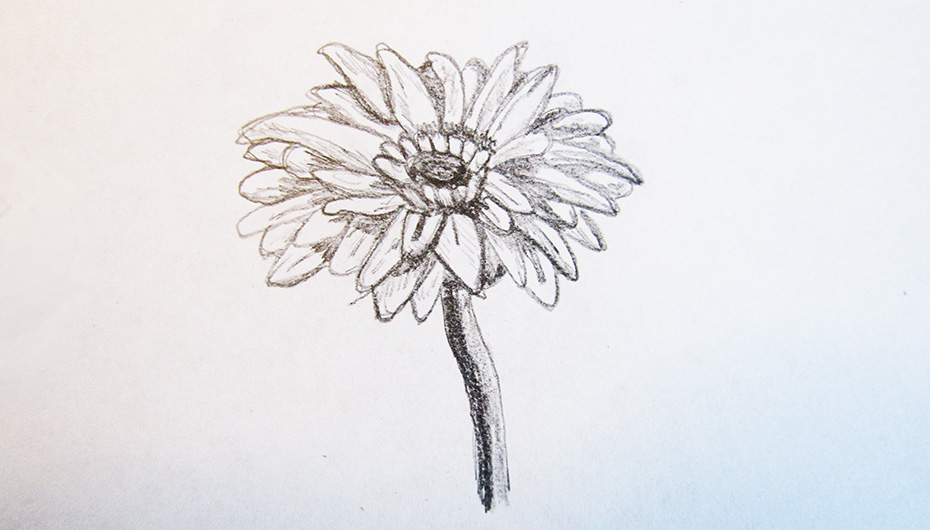 Animals can feel more complicated to draw than objects, but they're all made of the same basic shapes. This horse drawing started with just two ovals, but with just a couple more circles and curved lines, the horse was already beginning to take shape. 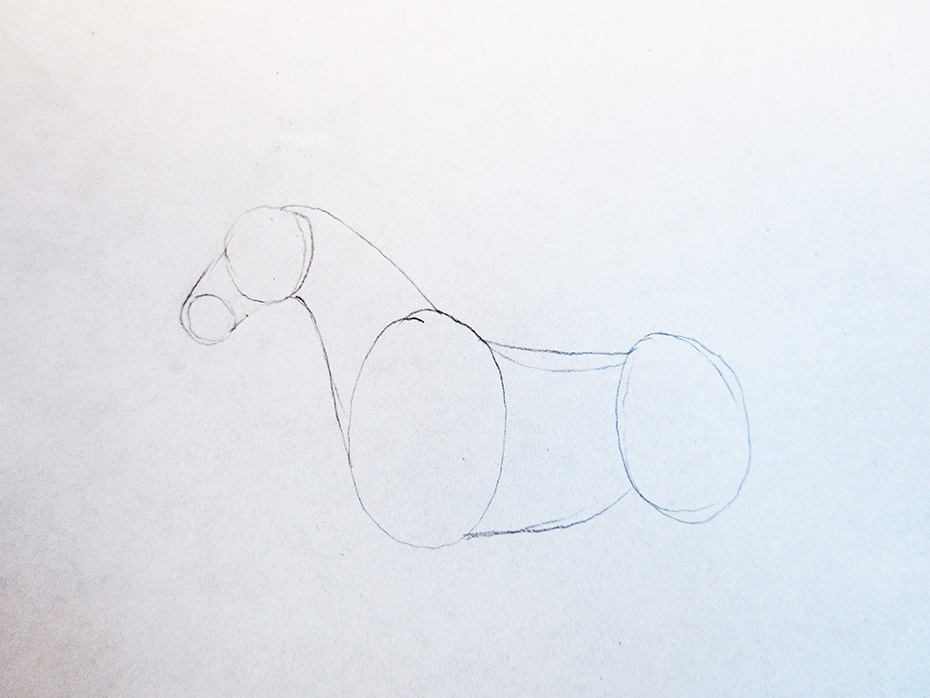 When you're drawing outline shapes farther away from each other, it can be easy to second-guess your placement, but small differences between the source material and your drawing will make it all your own. Four small ovals and two hoof shapes for the front and back quickly made the entire outline of the horse apparent. 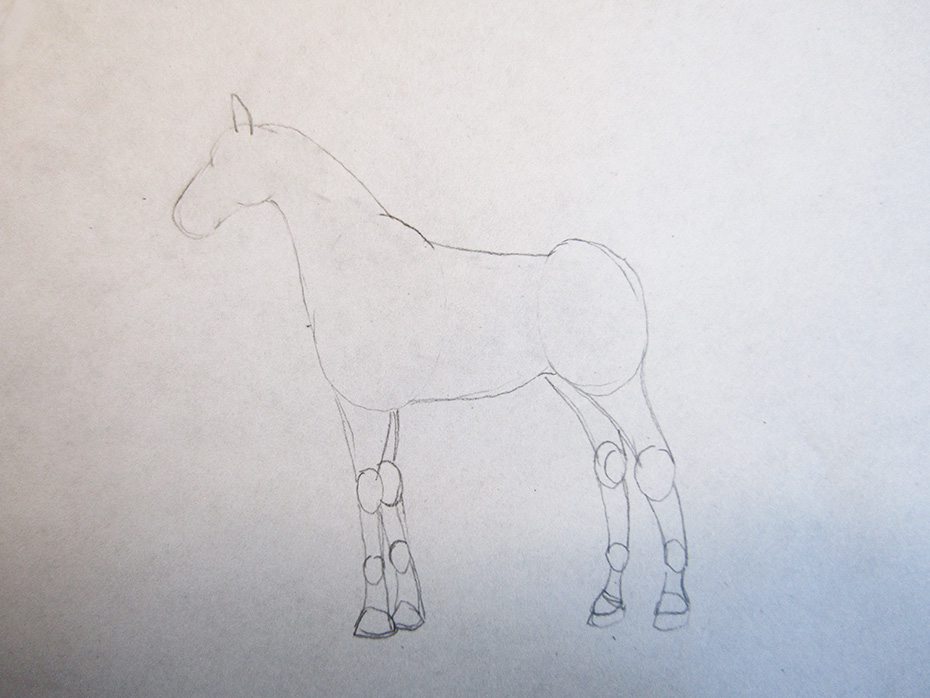 After erasing some extraneous lines and starting to fill in some detail, the horse drawing looked practically complete. Of course, it was the last step that brought everything together. 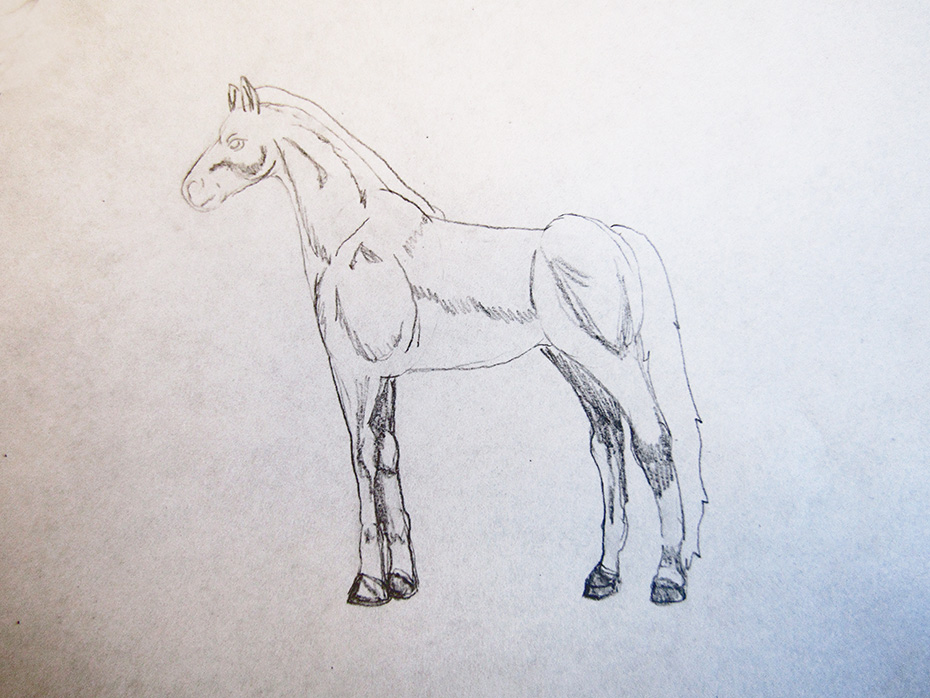 By shading the underside of the horse, darkening its mane while leaving some highlights and blending, my horse was complete and looking better than any horse I've drawn before. 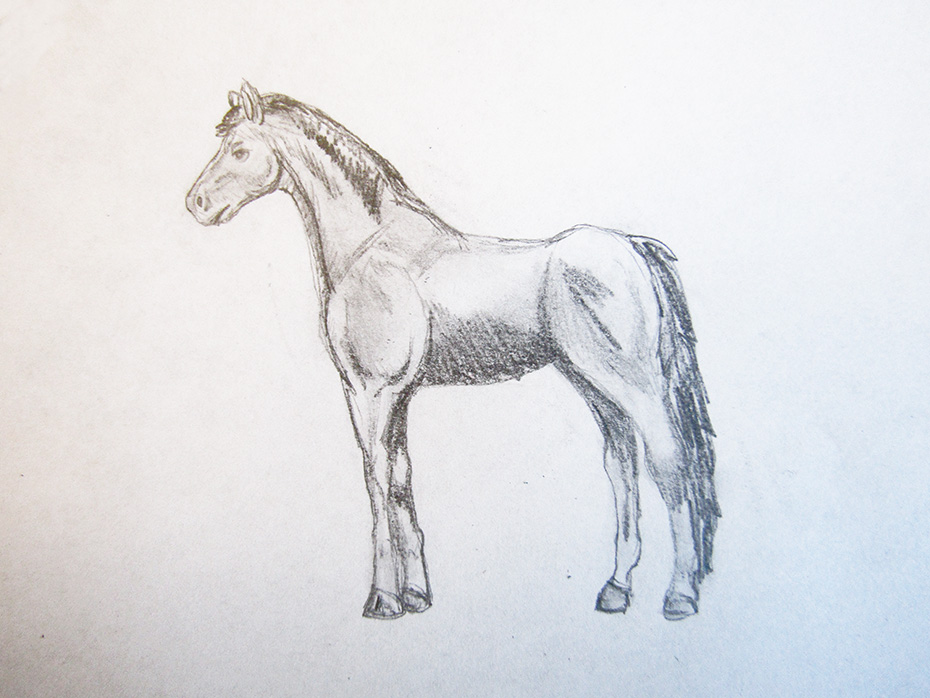 How to Draw Cool Stuff: Holidays, Seasons and Events

Last but not least, How to Draw Cool Stuff also has a book all about holiday and seasonal drawings. This may seem ultra-specific, but it's just the thing for artists who love to make personalized holiday cards for friends and family, or anyone who loves to do custom DIYs around the holidays. 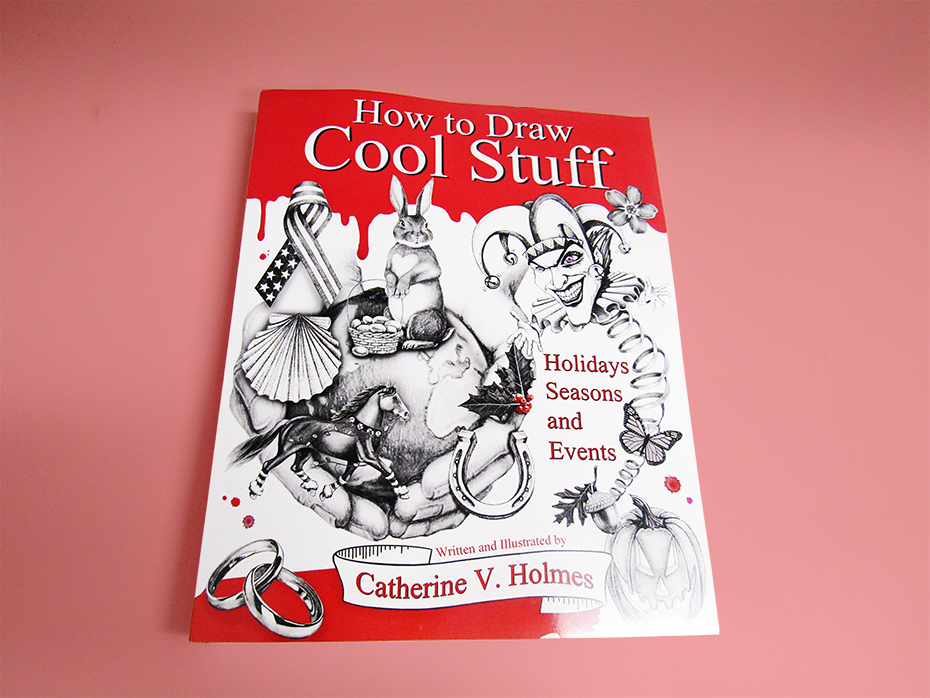 With Easter just around the corner, I decided to draw a very cute (and very simple) chick from the book. Its basic outline is just a couple of overlapping ovals, half circles for the fluffy bits around the legs and a beak shape. 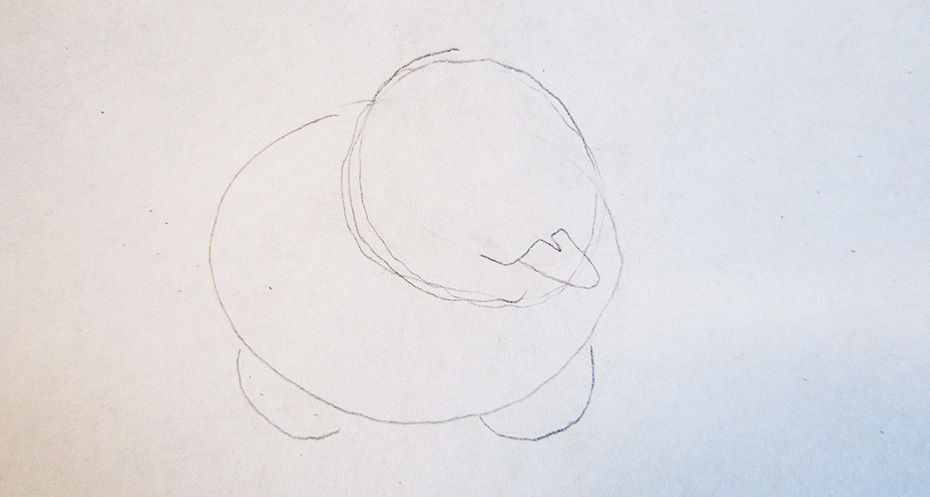 Bringing the chick to life was interesting because, rather than smooth lines, its outline was made of hatches to make it look covered in soft down. With the addition of legs, a dark eyeball and some shading, it was complete and looking totally cuddly. 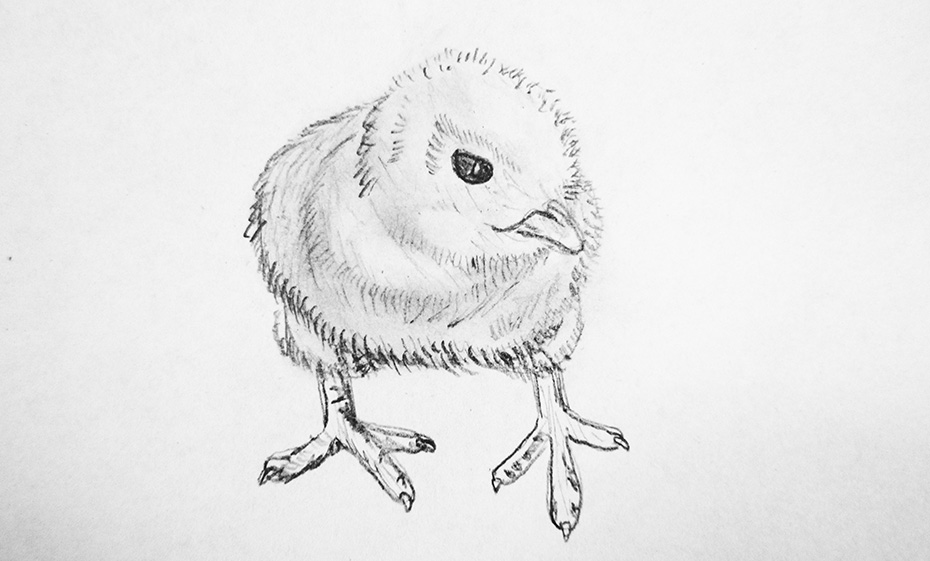 While I can't promise that your drawings will wind up looking exactly like mine, I will say with some confidence that the How to Draw Cool Stuff books make it easy to draw seemingly complicated drawings in just a few steps. Read the book thoroughly, and I think you'll take away some learnings that you'll be using every time you pick up a pencil and draw.

If you love to draw, click HERE to see what this incredible artist does with Pokémon cards.