How to Know When It's Time to Let a Friendship Go

We pick our friends for all sorts of reasons.

Maybe you bonded with a girl in your class because you both are equally obsessed with Riverdale, and realized later that she also gives amazing advice. Or maybe you're still best friends with the boy next door, and your friendship that started as one of proximity soon became one where you share your deepest secrets. Friends are the family we choose, and without them, our lives aren't nearly as fun, interesting or fulfilling.

And yet, sometimes, it's easy to get stuck in a friendship cycle that isn't fulfilling you. While friendships ebb and flow—you may fall out of touch with a friend when they move away, only to reunite with them a year later thanks to a planned Zoom catch-up—sometimes it's best to say goodbye to a friendship that simply isn't serving you anymore. But how do you know when it's time to really let a friendship fade away, or even when it's necessary to break it off completely? Here are some clues that it's time—as hard as it may be to do.

The Friendship Is Completely One-Sided

Plenty of friendships thrive when one person does more of the talking, and the other person the listening. However, if your friend demands emotional support routinely, and is never there for you when you need it, you may not even realize how draining your relationship is. A good friend will not only let you vent, but ask you if they can lean on you at the moment. Your emotional bank doesn't have an endless supply, and if you're spending all your energy on one friend's drama when they refuse to lend you an ear in return, it might be time to let this friendship fade to spare yourself the exhaustion. 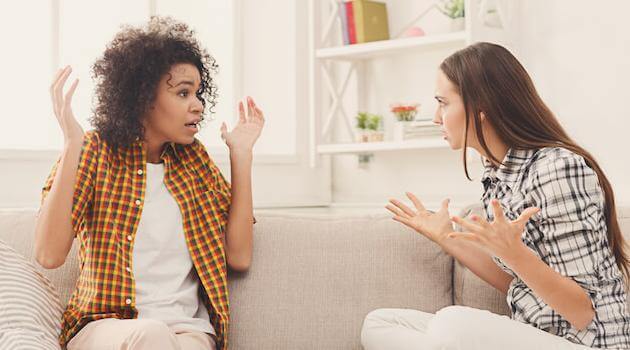 Your Friend Puts You Down Constantly

Some teasing in friendships is natural, but if you've found that your inside jokes are now just mean comments at your expense—and your friend refuses to back off, despite repeated conversations about how hurtful these negs are—it's a sign that this friendship isn't worth holding onto. A friend should lift you up, not tear you down. 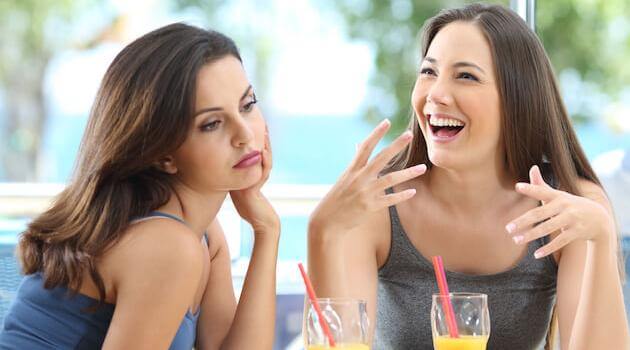 You Have Nothing to Talk About

Sometimes there's no drama that separates you from a friend—it's just that your interests or values have changed over time, and now, there's little you have to talk about. While it can be sad to see a once-strong friendship decline, the truth is, just because you decide not to put any effort into this friendship right now doesn't mean the door is closed for good. There might come a point where your lives realign again—but for now, it'll probably make you happier not to stress over a friendship that's simply not clicking.

You Can't Trust Your Friend

No matter how much fun a friend is to be around, trust is a make-it-or-break-it trait in any strong friendship. If your friend has been lying to you, spilling your secrets, or generally making you doubt their intentions, it's a good sign that they're not worth keeping in your inner circle. The same can be said if your friend is putting you in risky situations. If you can't trust your friend to have your back, they're not really worth keeping around. 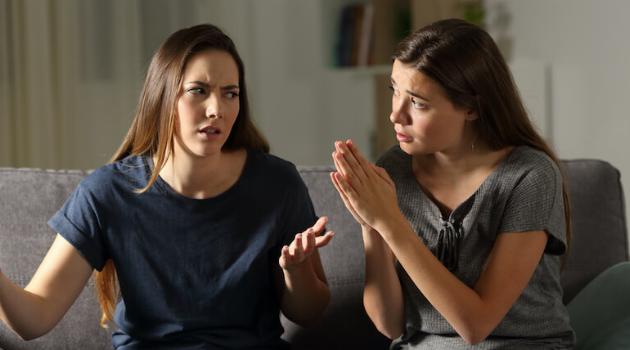 Your Friend Is Beyond Flakey

Everyone has the friend who is always late, but if your friend routinely skips your hangouts simply because they "forgot," that's simply not someone worth keeping in your life. Put less effort into the friendship and see if they change their ways. If not, you unfortunately know where your friendship stands on their priority list.

Want to read more about friendships? Click HERE to read about how to recover when a friendship ends.