Don't Have a Tarot Deck? Here's How You Can Use Regular Playing Cards to Tell Your Fortune

There's something quite enchanting about finding the right set of tarot cards to help you divine your past, present and future. Even so, an actual 78-card tarot deck isn't completely essential if you're curious about conducting readings.

In fact, if you know what you're doing, you can do tarot readings with a regular old 52-playing card deck. Keep reading to find out how it's done.

Regardless of whether you're using a brand new deck from the shop or an old pack of cards you find lying around the house, you'll want to cleanse and activate them before you start your readings. It's said that this is because they may have been exposed to other people's energies of the past, and you'll want to dispel them to protect yourself and the person being read.

There are a number of methods for cleansing your cards, but we recommend beginning by sorting the cards, Aces to Kings, in whatever suit order suits your fancy. Not only will this bestow your energy upon the cards, but it'll help you discover any missing ones! Once that process is completed, shuffle them back up. From there, you can burn sage and run the cards through the smoke, leave the deck on the window sill during a full moon, or simply leave a healing crystal on top of the deck overnight.

Once that process is completed, you'll also want to keep your cards in a private space, where they won't be exposed to other people's energies. Also do a new cleansing anytime someone else touches the cards, or when you feel the readings have been particularly negative or unclear. It's possible that all they need is a refresh. 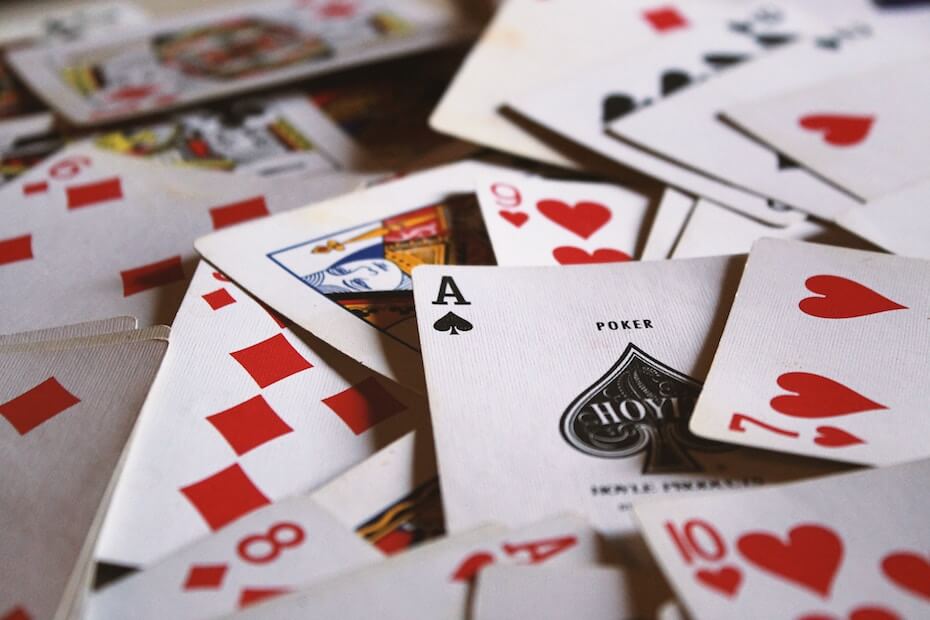 Learning how to read a standard deck of playing cards as if they were playing cards begins with knowing how the suits translate. Hearts can be read as Cups, Spades as Swords, Diamonds as Pentacles and Clubs as Wands. Learning how the cards correlate can also help you master the meanings of the tarot cards more quickly without having to look them up every time. Hearts (Cups) have to do with emotions and matters of the heart, while Spades (Swords) regard thought and communication. Diamonds (Pentacles) are related to possessions and money, while Clubs (Wands) correlate with movement and imagination.

Learning what the court cards represent is simpler because there's a more direct correlation here between playing cards and tarot cards. Aces are aces, twos are twos, and so on. The only difference between the playing card deck and the Minor Arcana is that playing cards lack the Page cards, and that the playing card Jacks translate to tarot Knights.

If your deck includes Jokers, you can also keep one inside your deck to represent the Fool. While it might not sound that positive, this card represents new beginnings and having faith in the universe, so it can be a valuable addition to your deck. 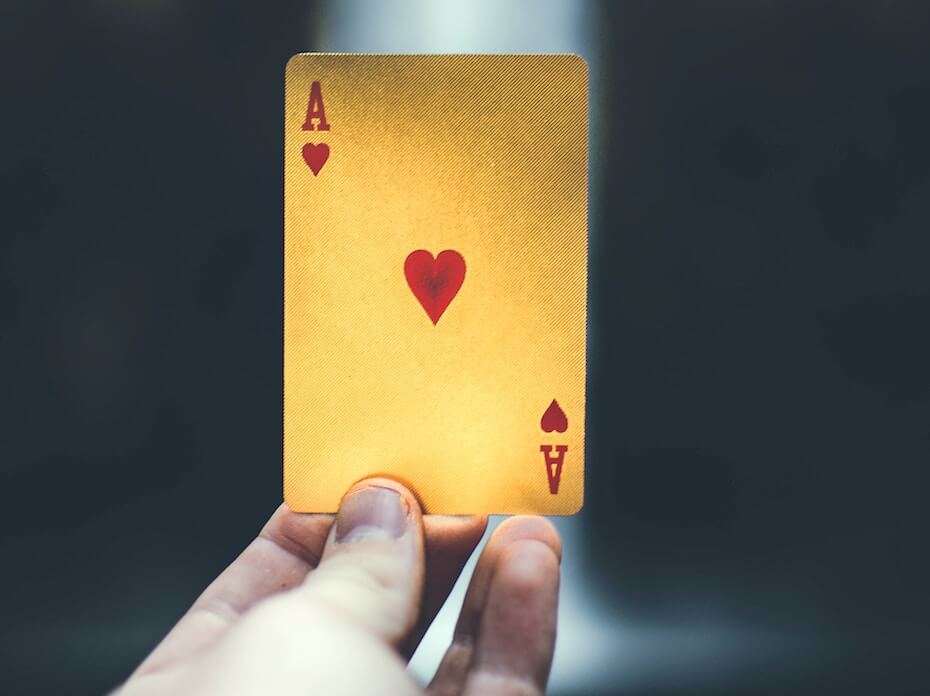 Have a Reference Guide

If you're new to tarot readings,  the thought of reading your own cards can be quite intimidating. Lucky for both new and experienced tarot readers, there are tons of handy references out in the world to explore. Maybe you'll want to use the internet as your guide, or invest in an approachable tarot book. Personally, we love The Only Tarot Book You'll Ever Need and Tarot for Self-Care, but don't be afraid to head out to the library or a bookstore to find the perfect fit for you.

While a regular pack of playing cards can stand in as an excellent substitute for a traditional tarot deck, it's also important to understand that a playing card reading has some limitations. While most tarot decks include 78 cards, a playing card deck only has 52 (53, if you're counting the Joker). Missing the Major Arcana (as well as each suit's Page cards) means having limited options, which might result in a reading that isn't as in-depth as possible, or doesn't provide the insight that might otherwise be available. We recommend doing smaller spreads or single-card readings using this method, rather than large ones with four cards are more, for the best results. 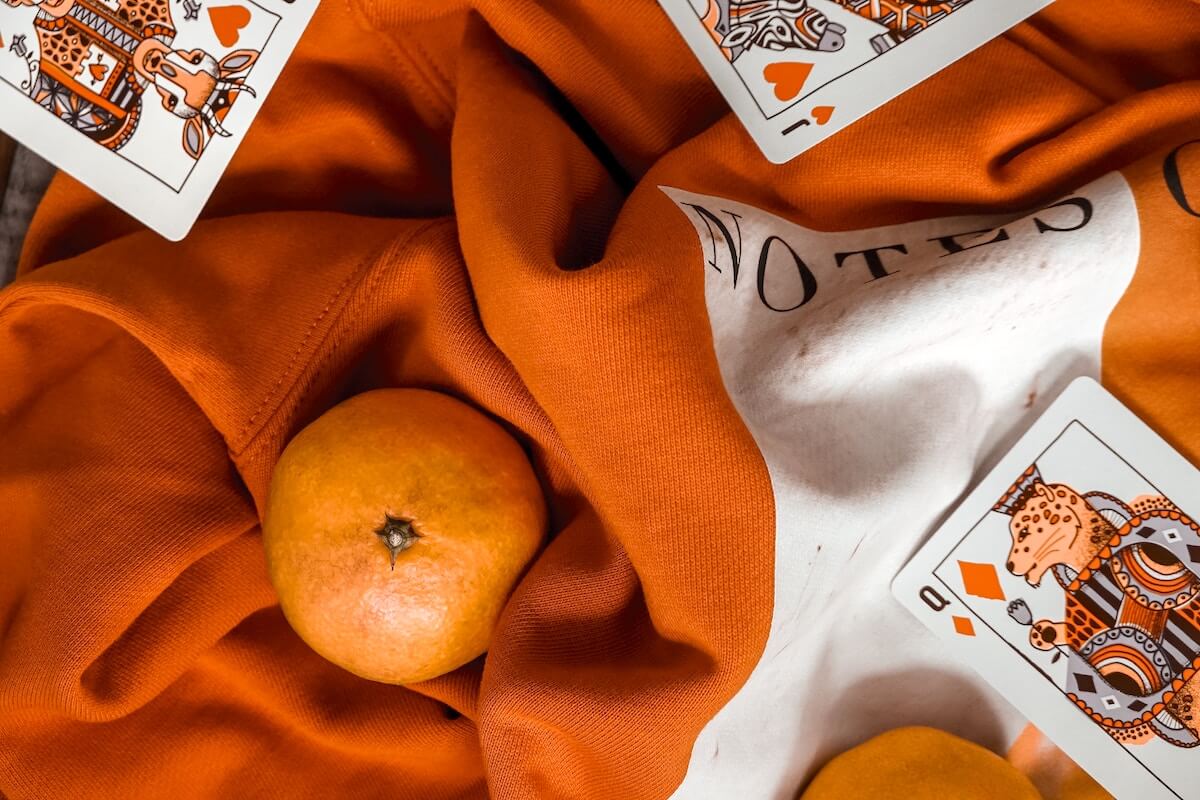 Need the perfect tarot reference book? Click HERE to find out our favorite things we learned from The Only Tarot Book You'll Ever Need.