Easy Ways To Sneak More Veggies Into Your Diet

When you want to sneak more vegetables into your diet, it's easy to think that a big salad is the way to go. After all, it fits the bill: it's green, it's easy and by the time you reach the bottom of the bowl, you've fulfilled the promise you made to yourself to eat your veggies. The problem, of course, is that for many of us, a salad isn't the most appealing meal of the day—or, at least, it's not the only kind of meal we want to dive into in order to make sure we get our seven servings.

Yet whether or not you're a salad fan, it's worth noting that it's hardly the only delivery system for getting extra veggies in your diet. In fact, you don't even have to change up what you're eating in a big way in order to get more vegetables into your meals. All you have to do is get creative—much in the way you would if you were trying to sneak veggies into the food of a kid who has declared themselves to be a picky eater. 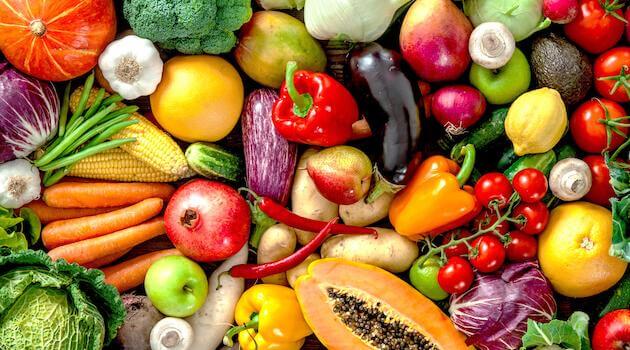 While you may be keenly aware that there are veggies in your food now, you won't mind them a bit. Here are some easy ways you can get some extra servings of vegetables in, without thinking about it too much.

Pasta is an easy, no-fuss meal, but often lacks in the veggie department. While you could load up a plate of spaghetti with zucchini, tomato, and onions to call it pasta primavera, another simple way to throw more vegetables on your noodles is to blend up veggies with your pasta sauce. Whether it's adding some boiled carrots and cauliflower to your tomato sauce or blending butternut squash into your cheese sauce, you likely won't even notice much of a difference—and you'll be eating a ton of vegetables in the process.

Throw Spinach Into Your Smoothie

If you have a strong blender, adding a cup or two of spinach into your morning smoothie won't make it taste anything like a green juice—in fact, you may not notice a difference in taste at all. You can also experiment with some other vegetables as well. Try adding a few florets of frozen cauliflower or some carrots to your drink and see how easy these bonus veggies are to pack in. 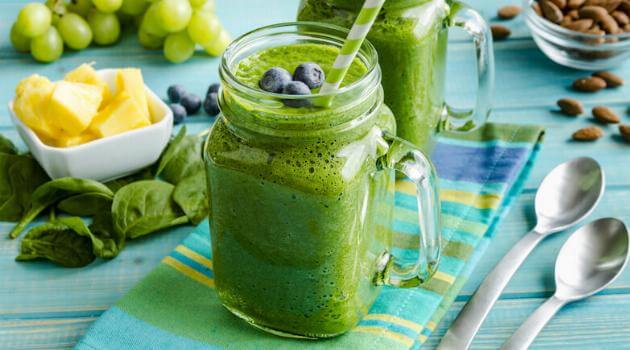 Take out fried rice is divine, but you can also make a healthy alternative at home by mixing up rice with fried eggs, plus a ton of extra veggies of your choice. Buying pre-shredded carrots and pre-cut peppers may be worth the extra cost if you can easily toss it into your frying pan without much prep time.

Grate Veggies the Way You Would Cheese

You can grate veggies like carrots and broccoli over everything from pasta to eggs to chili. Because the vegetables are so fine, you may not even realize that you're eating a few extra pieces of veggies. 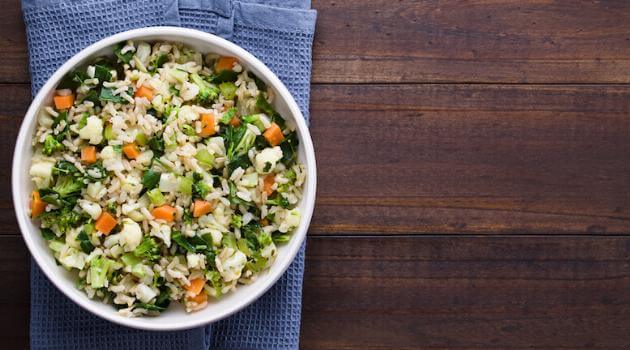 Zucchini bread is good—plain and simple. While you may not need to convince yourself to snack on it, you can swap out a typical dessert (like, say, banana bread) for a veggie-loaded option like this one.

Play by the 'One Half' Rule

Let's be honest: zucchini noodles aren't spaghetti. They're just not! However, that doesn't mean you should shun them entirely. Instead of considering zoodles a one-to-one swap for pasta, making a pasta dish using half zucchini and half noodles. You'll still satisfy your pasta craving, but you also will be eating more veggies than you would with a regular bowl.

Blend Avocado Into a Pudding

Okay, so we likely don't need to tell you to eat more guacamole, but if you prefer sweet things to savory ones, try freezing an avocado and blending it with cocoa powder. It turns into a deliciously creamy pudding you can enjoy as a healthier dessert.

Want to read more about food? Click HERE to read about how you can upgrade your avocado toast.