Sat., May 6 is Free Comic Book Day, but if you're not already an avid comic collector, even nabbing a free comic can seem pretty intimidating.

If you fall into that category, we're here to help. We went straight to the experts at Meltdown Comics in Los Angeles and spoke to their book manager, Adam Parker, for his tips on how comic newbies can expertly break into the scene and start their own collections. 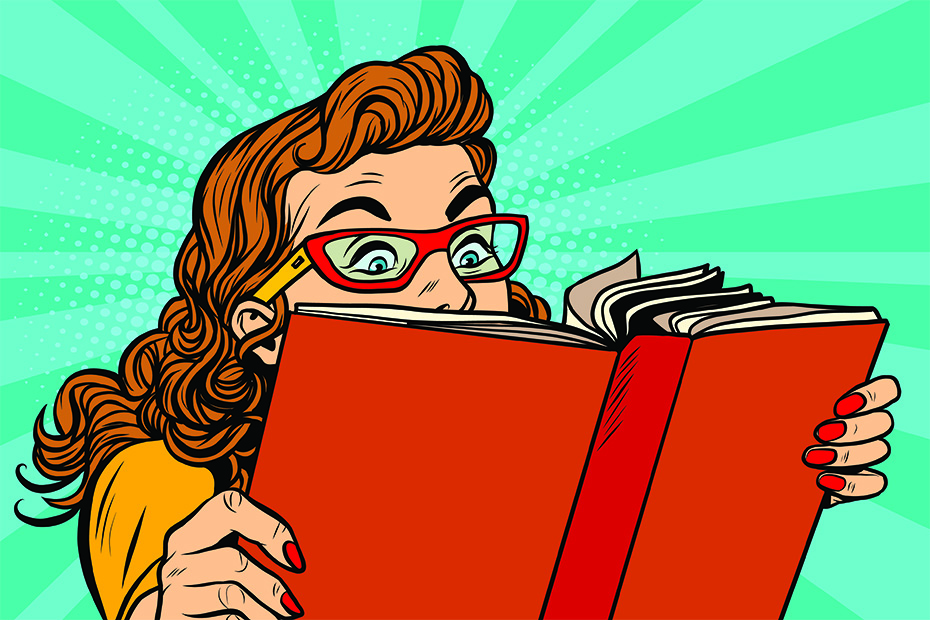 Sweety High: If someone wants to start reading comic books, where should they start?

Adam Parker: The very first thing I would suggest is going down to your local comic shop and pursuing what they have on the shelves. I like to say that we're in the renaissance of comics, with the number of titles and genres having grown exponentially in the last decade or so. I really believe that there is a comic for everyone today—it's just a matter of finding it.

SH: What tips do you have for finding a great local comic book store?

AP: The internet is your best friend when it comes to finding a great shop. In terms of just finding a shop, there's a great resource for finding them called comicshoplocator.com, but after that you'll probably need to do a bit more research to see what people say about the shop itself.

SH: What do you think about the conception that comic store clerks are snobby and unhelpful?

AP: I won't say that the stereotype is wholly untrue, but there are a number of online groups that keep running tabs on which shops are friendly and which aren't. The one that jumps to my mind is Hater-Free Wednesdays, which you can find on Tumblr and Twitter.

SH: With almost a century of comic book history to look back on, where should readers dive into a series that interests them?

AP: It is absolutely unnecessary to go back to the first issue of any major superhero title, especially considering some have been running 75 plus years, and if past storylines are referenced there will usually be a flashback sequence or at least an editor's note pointing the reader to the exact run being referenced. As for where to jump on, I recommend picking a character or group and asking your local comic nerd or shop worker for recommendations.

SH: What are the main formats comics come in, and what are the pros and cons of each?

AP: This is a question I get asked a lot.

First, there are single issues. They're usually 22 plus pages, and you can consider them to be one chapter of a bigger story. Buying a series in issue form is the best way to ensure that it will continue, as publishers use the sale numbers to decide which series to cut and which to keep running. On the downside, they are definitely the least durable form of comics and harder to store.

Trade paperbacks are collections of 4-7 (or sometimes more) issues, often containing a full story arc. That's great because you get to see how the story arc plays out. They'll also usually save you money and are bound books, which are easier to keep in good condition and are easier to lend out. Of course, when you do lend them out, they will sometimes disappear, and sometimes they can be super expensive for no reason.

Graphic novels are comic stories only released in book form and come in both hard and soft cover formats. If you want to read that story, you need to get the graphic novel.

Digital comics can mean a couple of different things. Firstly there are webcomics, which are creator-owned comics published for free online. There are so many of these out there. Then there are certain comics that are only released digitally or get a digital release first, and are released in print several months later.

There's also Comixology, which is essentially the iTunes of comics, where you can buy digital copies of pretty much everything you can buy as a hard copy at your local comic shop. It's great for finding things that are out of print, or for people who travel a lot and can't maintain a collection or don't want to lug around a stack of books with them. The negatives are
that you don't get a physical copy, you don't get as good a scope for panel flow—which I find very important—and of course you won't be supporting your local comic book store.

SH: Which digital comics sources, if any, do you recommend?

AP: I really only recommend buying comics through Comixology if you absolutely have to, whether that's because something is out of print or it's completely sold out. I will always say your first choice should be to support your local comic shop because they are the backbone of the industry.

SH: What do you think are the best ways to stay up-to-date with your favorite comics?

AP: The best way to keep up with comics is to start a pull list at your local comic shop. A pull list is a subscription service you set up with your shop—it's basically a way of letting them know which titles you'd like to receive, which they will order and hold specifically for you. Many shops give a discount to their pull customers—for example, Meltdown gives them 10% off all purchases.

Your local comic shop worker, @LCSValkeries on Twitter and the internet in general are going to be your best friends for getting into comics. There are great recommendation lists, reading orders and summaries of different comic history out there to guide you.