The English language has been around in one shape or form for about 1,400 years, but one of the wonderful things about it is that it's always evolving.

When a language is that old, it's bound to have some not-so-nice history tied into it. Many of the things we say originated from ways of thinking that are outdated today, but remain pervasive simply because that's the way things have always been. It's wonderful that language changes, because it means that the parts of language that creep into our speech don't have to stay there.

For example, many of the ways we use language traditionally can be pretty exclusionary, whether that's leaving out women in traditionally male jobs, excluding non-binary people when referring to groups or even knowing how to talk about people with disabilities. While this list isn't totally comprehensive, it can help to put you on the path to using language that includes and respects everyone.

Just because the English language has patriarchal origins doesn't mean we have to perpetuate some of the very male-centric language that's been around for centuries. There's no reason "mankind" can't be "humankind," "man-made" can't be "manufactured" and "manpower" can't be "workforce." They definitely aren't exclusive to men!

This also goes for careers and occupations. Instead of fireman, policeman or mailman, use gender-neutral terms like firefighter, police officer and postal worker include anyone in those jobs. The same goes for jobs historically associated with women, such as ballerina, stewardess or waitress. The gender-neutral words ballet dancer, flight attendant and waiter work just as well.

And in personal relationships, don't assume that everyone fits a heteronormative mold. Don't assume a woman in a relationship has a boyfriend, or that a man will be with a woman. Words like "partner" and "significant other" allow you to avoid making assumptions until you get a fuller picture.

And though many of us have come to accept the word "guys" as a catch-all for everyone, that doesn't mean everyone appreciates being called a "guy." Instead of "hey guys," you'll find that referring to the group as "everyone," "team," "folks" or even "y'all" makes everyone feel included. 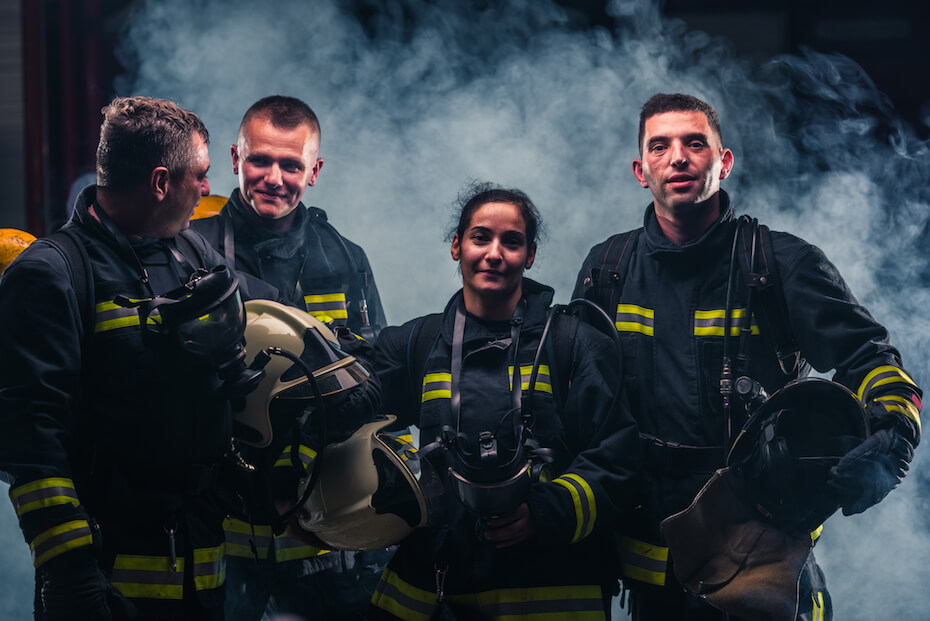 Stop Discussing Gender as a Binary

Terms like "ladies and gentleman" and "boys and girls" can feel inclusive until you realize that they actually exclude non-binary people, who aren't exclusively male or female. Instead of explicitly leaving certain people out, ditch those phrases for ones that include everyone, such as the replacements we offered earlier for "guys."

If you feel most comfortable using she/her pronouns, but somebody kept insisting on calling you "he," that would probably make you feel pretty weird, right? It's a sign of basic human respect to refer to people by the names that they'd like to be referred by, and pronouns are no different. We understand that no one is perfect, and there may be slip-ups from time to time, but as long as you're respectful, correct your mistakes quickly and move on, people generally appreciate the effort.

It may also take some time getting used to the single "they/them" pronouns, and neopronouns like fae/faer/faers and xe/xem/xyers, but with a little practice, calling people by their correct pronouns becomes second nature. You can openly share your own pronouns, too, whether it's in real life or on your social media profiles, to help normalize the concept. 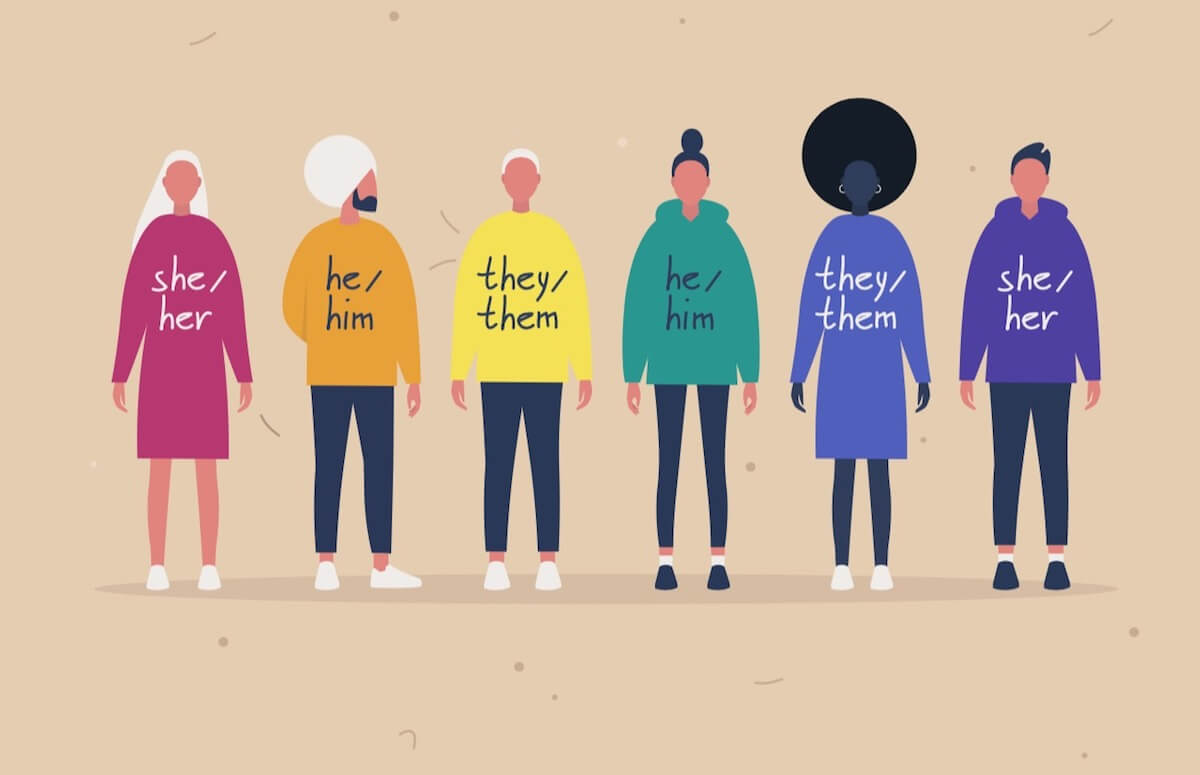 Small kids can be like sponges, constantly absorbing information from the world around them, and by avoiding gender stereotypes around them, you can allow them to inform and shape their own personal identities. Praising girls for being dainty, pretty and obedient tells them that that's how girls should be, while encouraging boys to play sports and get dirty and push at rules emphasizes other behaviors that really should have nothing to do with gender. Nicknames like "princess" and "angel" set expectations of docility for girls, while ones like "scout" or "tiger" support exploration. Kids' worth and capability depend on so much more than gender, so don't let gendered expectations hamper who they become.

A lot of seemingly innocuous words that we might use every single day can have ableist origins that we should all be aware of. Any time you call someone "lame," "dumb" or "crazy," for example, you're using language originally used to describe people who have a physical disability, who are unable to speak or who have a psychiatric disability.

We're not saying you need to weed these words out of your vocabulary entirely, but remember that they can subtly disvalue people with disabilities—including ones that might not be readily apparent. These words can further stigmatize people who might already deal with shame around their disabilities. It's not always easy, but you may want to look at your wider vocabulary to see how you can remove these words from use to be more specific about what you really mean to say. 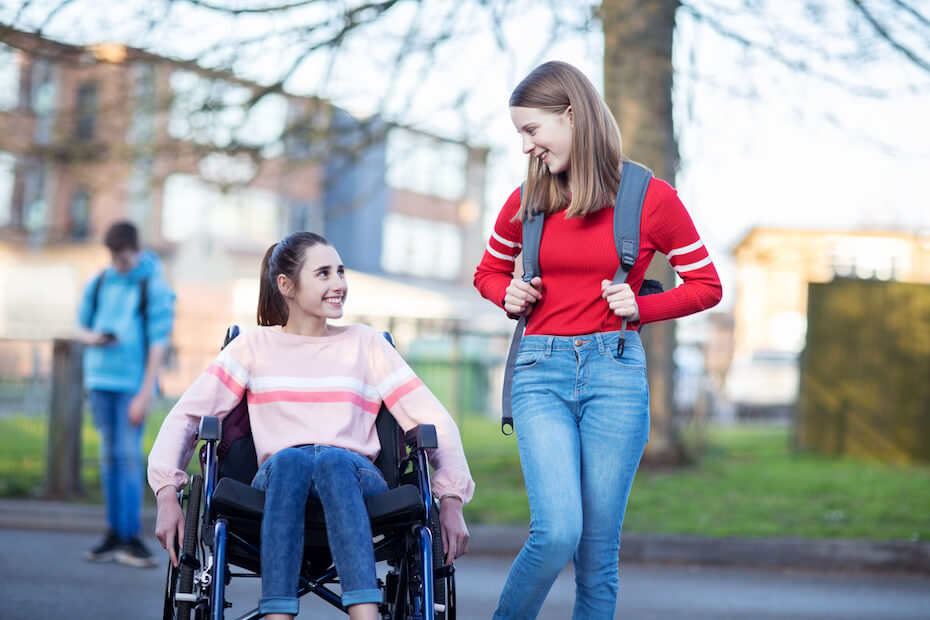 Found these tips useful? Click HERE for more ways to be a better ally to people with disabilities.