I remember the first escape room I ever participated in. It was about five years ago, and I had rounded up a group of friends to test out what was, at the time, a brand-new phenomenon in Los Angeles. During our game, we were "trapped" in a serial killer's lair (aka a room in a warehouse in Downtown L.A.) while we uncovered clues in books, unlocked safes with code written in blacklight on the wall and pieced together the lore of this (fictional) murderer in order to "survive."

I'll be honest: I was terrible at it. Partially, that was due to the fact that there was a ticking clock in the room. Since participating in about a dozen more rooms over the years, I've improved my escape room game dramatically. I'm able to decipher what's an actual clue and what's a red herring. I'm able to avoid getting stuck on one tiny piece of info and see the whole picture. Am I a master escape room artist? Hardly. But I certainly enjoy flexing those muscles when possible.

Of course, now that we're in the middle of a pandemic, physical escape rooms aren't really an option. That's why I was thrilled when Hunt A Killer generously offered to provide me with games to review. The company's slogan? "It's like an escape room delivered to your door every month." 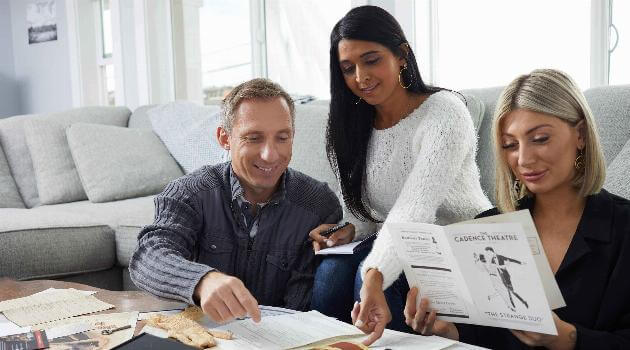 The games definitely lived up to the hype—but for those who don't do great while against a running clock, Hunt A Killer might be an even better experience.

Each box comes with a set of instructions, which include the objective you need to solve with that particular box. It's a subscription service, and mysteries come in chapters, so you're only solving a piece of a larger puzzle with each box you receive.

The first box Hunt a Killer sent me was a mystery based on The Blair Witch Project. My fiancé and I were tasked with solving the first part in a mystery about a teenage boy who vanished from his small town. We were given a map and told to decipher his last location. Other clues included a transcript from police interrogations, the teen's notebook and some newspaper clippings that detailed the creepy history of the so-called Blair Witch. 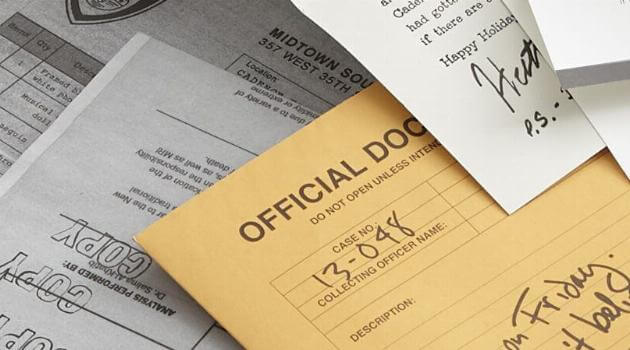 We decided to split up the pieces of evidence and circled the things that we thought were important. We also discovered that there was one object in the box, a pen, that wasn't quite what it seemed—though to say more would be to spoil this particular box.

After we deciphered the clues, it was time to draw a logical conclusion as to where the teen may have gone. Once we had our answer, we headed to the website provided in our box to submit it.

I would love to tell you that my fiancé and I got it right on the first try, but alas, there were quite a few red herrings that tripped us up—which, looking back, seemed like exactly the point. In fact, the more we messed up, the better I came to understand how to play Hunt A Killer. No, the answers weren't particularly difficult to get to, but it wasn't just about plugging in the right code: It was about using critical thinking skills to understand the clues behind the clues. We had to really dive into the why of it all—which made it better than a typical escape room, which usually is more about entering the right combination or piece together literal puzzle pieces in order to unlock your next clue. 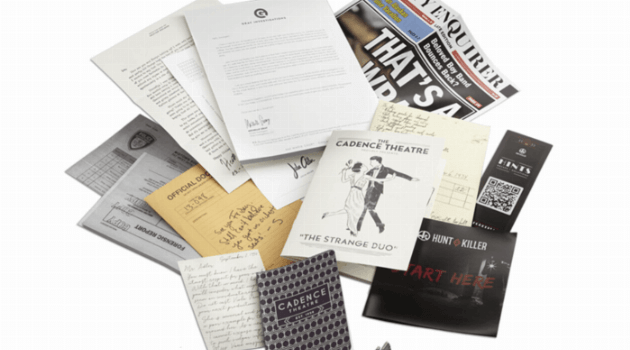 I am a total horror buff, so the Blair Witch box was right up my alley. However, for those who can't handle the super spooky stuff—or are more into true crime—Hunt A Killer also has a Mystery line. The Curtain Call box details the cold case of Viola Vane, a 1930s starlet who died under mysterious circumstances. The concept is the same: You must decipher all the evidence in order to solve a question that leads you into the next chapter of the mystery.

Subscriptions for Hunt A Killer start at $25 a month, but for those who are commitment-phobic, there's also the option of buying the company's all-in-one retail game, Death At The Dive Bar. All games are considered "PG-13" with Death at the Dive Bar recommended 14+.

Given our current pandemic lifestyle, Hunt A Killer is one way to get the taste of an escape room. Bonus? You can do it all from the comfort of your living room, where you are free to come and go as you please—no timer required.

Want more from-home escape experiences? Click HERE to find out about The Room, an escape room experience in the form of a video game.