How Llaura McGee Channeled Her Experiences Into the Poignant If Found…

If Found… is the most gorgeous and profound mobile experience we've had all year.

The beautiful interactive visual novel tells the story of Kasio, a young trans woman living in Ireland in the '90s, as she navigates her life and reassesses the relationships she holds with her family, her friends and—most importantly—herself. The story unfolds through Kasio's journal, with more and more of the narrative being revealed as the player erases the writing and drawings inside, effectively destroying her journal.

The game was written and designed by DREAMFEEL studio director Llaura McGee, herself a trans woman, whose own experiences powerfully shaped the story. We had the pleasure of being able to chat with her about her role and the significance of If Found…, plus how to get started if you, too, would love to make games.

Sweety High: How did DREAMFEEL come to be, and what would you say the company is all about?

Llaura McGee: Dreamfeel was originally a pseudonym that I made games under. Then I met Liadh Young through zine and art fairs in Dublin, who became the illustrator for Dreamfeel. As it grew from there, it became the label for the studio.

I would like to think our company is about making stories and art that matter to people, but also specifically stories and experiences that are super unique and fresh—making games that no one has ever seen before, and making games inspired not by other games, but by life and culture in general like art, film and books.

Coming up with names is maybe the hardest thing about making anything, and the name DREAMFEEL combines my loves of floaty and ethereal things with my love for the tactile as well as my desire to make people feel emotions! 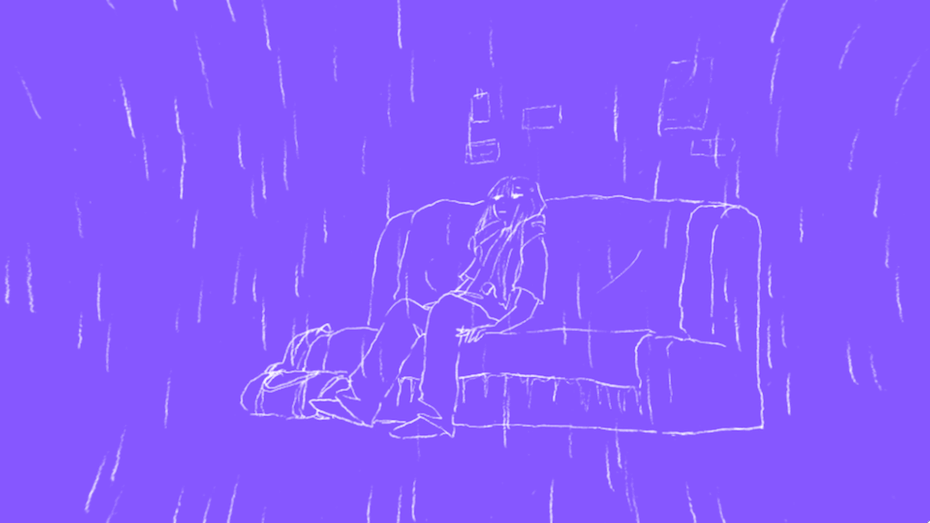 SH: What does your role at Dreamfeel entail? What do you think are the biggest misconceptions about what you do there?

LM: I'm the director at the studio. It's a small studio and I basically end up doing a bit of everything, which I love doing. I'm responsible for co-writing the story, co-producing, co-designing, admin and just making sure everyone's on the same page and going in the right direction. Ultimately, I can be like a quality control for the game, making sure everything is as good as can be.

Sometimes people think designers aren't technical at all, when we definitely can be, and being able to change things ourselves is so important. Or on the other hand, some think we're not arty at all, when we can be really involved with shaping the direction that the art and audio take. Both of these things are in collaboration with the team, and I think the last misconception is that one person does everything, when actually it's a huge team effort.

SH: What was the inspiration behind If Found…? How autobiographical is the story? What do you see of yourself in Kasio, and what parts of her do you hope players will relate to?

LM: The spark that we had was a diary that you erase, and along with it we instantly had Kasio and elements of the story. We were inspired to write about a woman in her early 20s and the difficulty she had in relationships with others: friendships and romantic. This was definitely pulling on my feelings at the time. I think almost everyone feels a bit lost in their 20s. As we worked on it, her family came in too in a big way—it became impossible for us to avoid it. 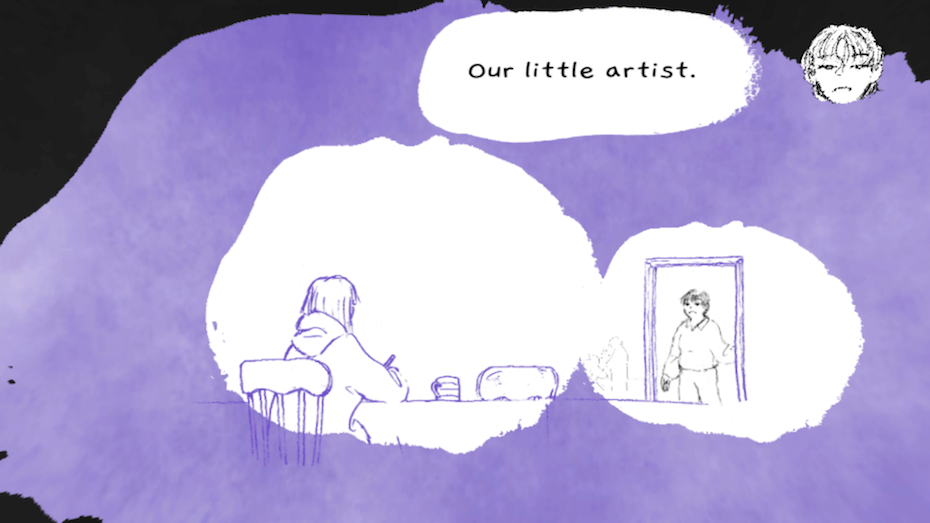 I grew up in a coastal village in Ireland in the '90s, and while the story isn't autobiographical, a lot of the feelings are. I think that when you're writing stories, being able to pull from your own experience gives them a lot of richness. Not necessarily as a retelling of your life, but more so as the emotions you're trying to express.

She tries to hide herself from the world, and erase herself, not to bother anyone else, or because life itself is too much to handle and that's very relatable to me. Lots of other people in the game from her mom to some of her friends have an idea in their heads about who she is that she doesn't relate to at all. That is very understandable.

I hope people who are going through times can play it and see themselves, and then also see all the hope that's there in the end. Particularly LGBT people or anyone who feels like a bit of a weirdo among everyone else who always seem to have their life worked out (spoiler: No one has their life together all the time!). 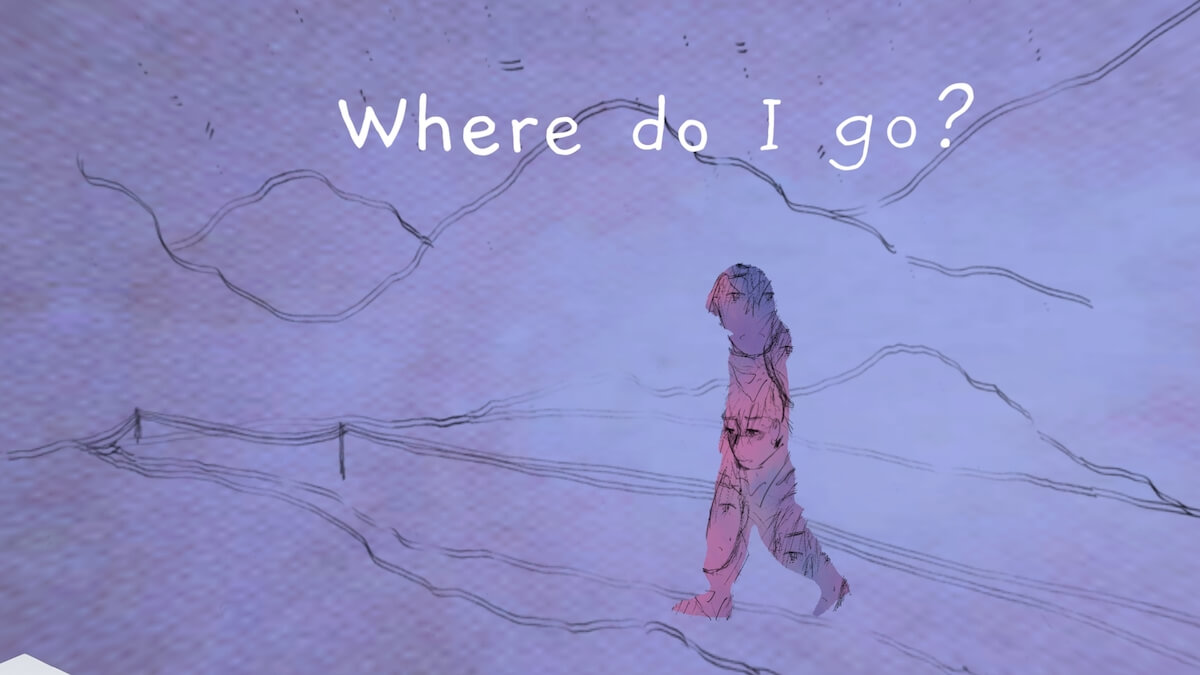 SH: Why did you feel that destroying Kasio's diary was the most effective game mechanic for telling this poignant story?

LM: I think it's interesting because people can approach it differently. Some people erase very carefully and some erase really quickly. The way games work people start to forget what they're doing and instead start to focus just on getting to the next part quickly, so they start to worry less about erasing the art someone drew and the words someone wrote. However, by the end of the game, the importance of what they're doing starts to become more meaningful and I hope the game makes them think about it again, and realize what it means. The ending of the game brings in a big change to the interaction and I can't wait to see what people think. 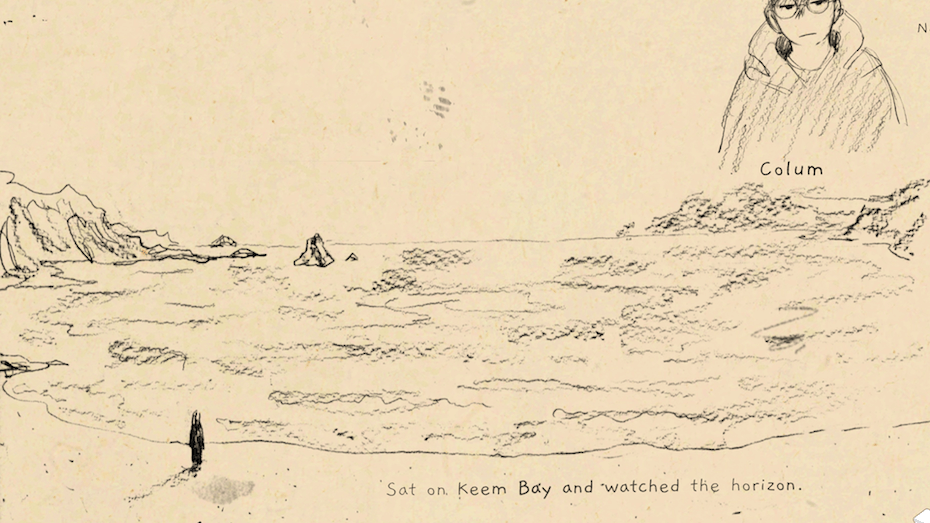 SH: How did you decide to juxtapose this very personal story with the idea of a spacey apocalypse?

It's a magical event, but emotionally it feels like the most obvious thing in the world to happen.

Right now we're living through a period that feels like a very long end of the world. The fictional apocalypse is a chance for growth though, at least once it's over. It's not the end of everything, just the end of a cycle.

Also, it's fun and exciting! I was definitely inspired by magical realist authors who combine the realistic with the magical. It's what life is like when you're young.

SH: What do you hope people get out of the game?

LM: I hope people have a memorable experience and feel a lot of emotions. I hope they hug someone they like after, whether family, friends or partners.

I think one of the key messages to me is just to not to worry about understanding everyone, or placing our ideas onto them, but just listening and loving them. There are many people in the world I couldn't possibly understand fully because I am not them, everyone has very different backgrounds. The important thing is to listen to them and trust them in what they say. Everyone knows themselves best.

On another note, I hope it inspires more people to make personal and meaningful games. Games can be really different and they can be something that reflects our real lives and makes us think about them in a new way.

I hope it inspires people to make any kind of art at all.

SH: What question do you always wish you'd get asked?

LM: How to get started writing stories or making games. I just love helping people create things. I would tell them to get a piece of paper and a pencil and start thinking of ideas. And then the big trick is thinking about how that character or setting might develop over time, and that's your story.

Write about places you've been or your pets, or friends you know. You don't need to share them with anyone. Just making art is fun and rewarding.

One tip is just giving yourself a time limit or a space limit, like an hour or two pages, which will help you finish it. Because finishing things is the best part of all!

And if you want to make a game there are all kinds of things online like Bitsy and Twine in which anyone without technical knowledge can make interactive games and stories!

Actually, maybe the best question is, "Do you want to see this game I made?"

Curious about how different kinds of games get made? Click HERE to find out how PUBG producer Yuliya Peshkova helps keep the game fresh after all these years