If I Stay Novelist Gayle Forman On The Making Of the Film!

We recently shared an interview with If I Stay author Gayle Forman on the inspiration behind the novel. Today, Forman discusses her experiences with the making of the book's film! 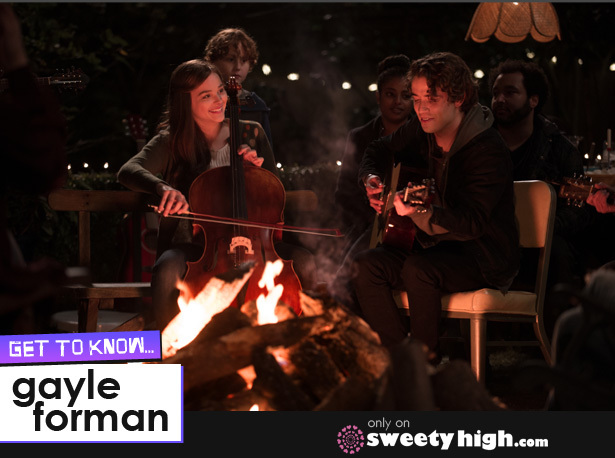 After publishing in 2009, a film version of If I Stay was announced before the end of 2010. Still, there was a period of time when Forman wasn't sure the movie would ever come to be.

"There have been so many fits and starts and false starts over the years," Forman said. "We were going into production; we weren't. This person was going to direct; this person wasn't."

But things seemed to take a shift in the right direction when actress Chloë Grace Moretz came onboard.

"She was so dedicated," Forman said. "She wrote me this email talking about how much she wanted to learn the cello, and that was the first moment where I thought this might really happen."

"He had such amazing ideas and he understood the book and the characters and the music and visual so well," she said.

But one simple gesture finally convinced Forman that the film was a go.

"It was the day all the deals closed and John Glickman, the head of MGM, followed me on Twitter," she said. "I finally thought 'Ok, now it's happening!'"

From there, it was an ongoing process. Scripts came and went, until the film production was in full swing.

"There was a moment when I went onto the set of Mia's house for the first time," she said. "I had sent R.J. a couple of emails about what I thought it should look like, and the set designers and decorators had gotten it perfect. It was like they had invaded my brain and had pulled out, not just what I was thinking, but a place that was based on a place I'd been that no longer existed. That was the first time I cried on set and that was the second day, so that was pretty great."

The first day there, Forman also got to step into the film's music studio while the band were recording the song "Today."

We asked Forman if it was tough to let go of creative control of the film after all of the emotion and work that had gone into the novel.

"I think it can be tough if you have a different vision," she said. "The great thing about R.J. is that we had a very similar vision."

At points when Forman wasn't seeing the film play out to her vision, she'd speak with Cutler and producer Alison Greenspan until they were all happy with the result.

"I didn't ever have issues about letting go, because as soon as I met R.J. and Alison. I just trusted them," she said. "They wanted to tell their own story. This film is not just a visual representation of a book. They wanted to capture the emotional experience of the book, which had moved them, and I trusted how they were going to do that."

It helped that Forman had fully embraced the idea that to translate the book successfully to the screen, it couldn't be a word-for-word representation.

"You do a disservice if you don't change it," she said. "It was interesting to see how things that work on the page don't necessarily work on the screen and the changes you want to make in order to bring the emotional translation."

"There's always a chance!" she said. "It's a top question I get these days, but I don't have an answer yet."

We hope that when she does get her answer, it's a yes!

To learn more about If I Stay, read our previous interview with Gayle Forman here! The film is available now on DVD and Blu-Ray. You can also share your favorite films and novels with us at Sweety High!