If I Stay Writer Gayle Forman On Creating Mia Hall and More!

Gayle Forman is the author of If I Stay, a novel that tells the story of a teen named Mia and choice between life or death after an accident that kills the rest of her family. The book was made into a film of the same name, which releases  on DVD and Blu-ray today. 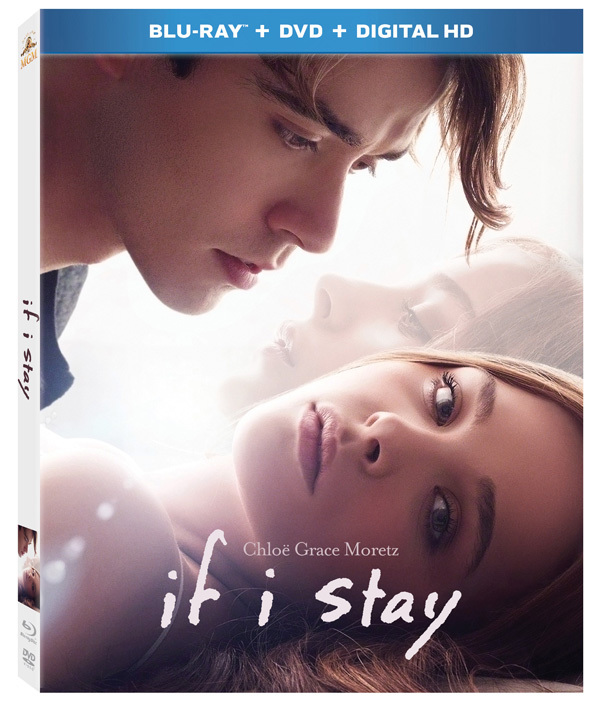 In a recent interview, we spoke with Forman about the inspiration behind If I Stay. Stay tuned for more from Gayle Forman later in the week!

"There had been this question spinning around in my head," Forman explained. "What would you do if you knew that something catastrophic happened to your family? And you, yourself, were in this pre-state, aware of what happened to them?"

The idea was born from a tragic incident.

"About 14 years ago, we lost friends of ours in a car crash, much like the one Mia and her family are in," she explained. "It was a family of four and they were all killed. When we got the news that they had all died, we learned that one of the little boys had lived longer and been medevaced to a trauma center."

Forman said the event tormented her for a while.

"I was really close to this little boy and I always wondered if he knew what had happened to his family," she said. "Did he have some way of knowing and did he choose to go with them?"

The idea wouldn't leave Forman alone. It followed her around for seven years, but she never considered writing about it. At the time of the incident, she wasn't even a novelist.

"Then I woke up one morning, seven years after the accident, and there was this character in my head," she said. "She had dark hair and dark eyes and she played the cello, which was also kind of a shock. And I knew she was going to answer this question as it pertained to her."

This character eventually blossomed into Mia Hall, the protagonist of If I Stay. In the story, a car accident kills Mia's parents and brother, and she must decide whether she'll die and join her family, or live on in a difficult and unpredictable future.

"The only way that she would be in this position to contemplate her choice would be out of body," Forman said.

In her story, Mia took the place of the little boy, realizing that her family is gone while her body lies in a coma but her mind is fully alive, outside of her physical self.

"It wasn't that I had any interest in exploring a coma or exploring the out of body experience," Forman said. "I wanted to explore the choice—whether or not you would choose, if you could choose, and that was the only way I could tell the story."

"When I started writing her it was kind of jarring because she had such a mature aspect and a mature voice," she said. "She's very serious. And I still talk like a 17-year-old valley girl."

Often, Forman felt that she didn't know where the character was coming from. But she was very conscious of creating the characters that would surround Mia and flesh out her story.

The characters Teddy, Kat and Mia's father were all based on the friends that Forman had lost, while Adam, to a degree, was inspired by Forman's husband.

"They're not actually very similar," she said. "I was tapping into falling in love through music, as I did with my husband. And in the first draft I actually named Adam 'Nick' to help me access it."

But when Forman showed the draft to her husband, Nick, he found it creepy and couldn't read it.

"Other characters were dropped in," Forman said. "Kim was just this best friend. I just sort of imagined Mia having this friend and they would've had this really great relationship or friendship where they knew each other very well, but it wasn't always smooth sailing, because it never is with with close friendships."

To learn more about Gayle Forman and the film version of If I Stay, comment below and stay tuned! You can also join our community at Sweety High to share your thoughts on the novel and more!