Everything You Ever Wanted to Know About Actress, Singer, Dancer and Model Indi Star

At this point, it seems like there's nothing that 14-year-old Indi Star can't do.

The actress, singer, dancer, model and content creator can be seen on Nickelodeon as one of the stars of Henry Danger, and released her chill yet anthemic new single "Afterglow" earlier this month. She's also just shy of a million followers on both Instagram and TikTok, because her fans know talent when they see it.

But who's the girl behind the art? We got the chance to find out. Here's everything Indi revealed to us as our latest Woman Crush Wednesday. 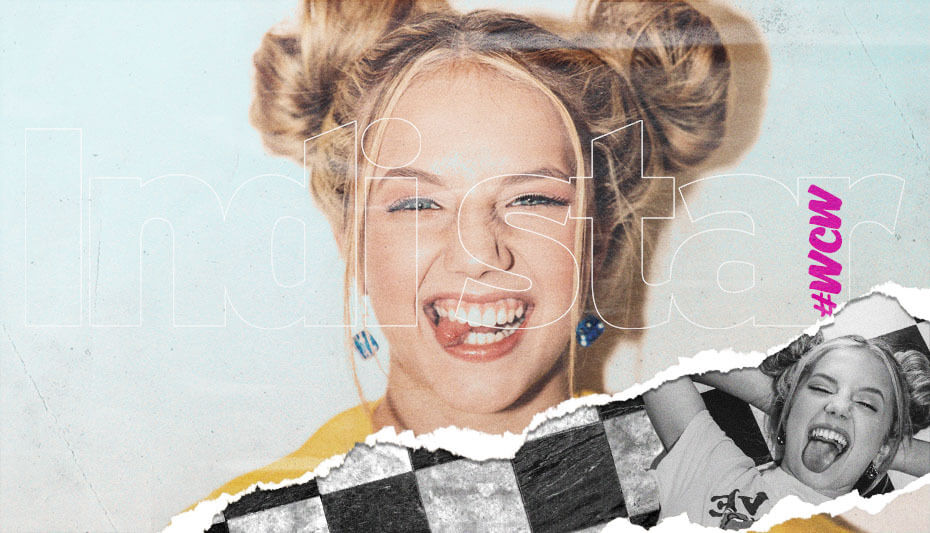 1. After a tough day, Indi likes to unwind by reading a book or watching one of her favorite TV shows.

"They switch all the time and I have this massive list of shows I want to watch!"

"Whenever I need a laugh, I'll watch them! And who doesn't like comedy? I'm really also into any Marvel movie."

3. She says her zodiac sign describes her quite well.

" They say a Sagittarius is adventurous, optimistic and cheerful,  and I'm pretty sure that describes me! Everything else that I've found also seems to match me pretty well."

5. She has way too many favorite animals to pick just one.

"I love fluffy cows, sloths, seals, butterflies, pigs and bees! If I had to pick one, I'd say sloths. They are so interesting and cute! I also am obsessed with frogs wearing top hats."

6. The No. 1 thing on her bucket list is skydiving.

"It would be a dream come true! I've always wanted to go skydiving."

8. She definitely considers herself a gamer.

"I love all games, but some of my favorites are Splatoon, Minecraft, Roblox, Mario Party and Mario Kart! My brother is a gamer and I want him to teach me how to play Overwatch."

9. She says she couldn't live without Snapchat or TikTok.

"I use both of them very often. Snapchat so I can keep in contact with my friends in a fun way, and TikTok because I love making TikToks. It entertains me, and I actually learn a lot on TikTok!"

10. Respect is the most important thing to Indi.

"I'm very passionate about respecting other people, boundaries and myself!"

Have you heard Indi's music? Click HERE to read our interview with Indi Star on her new track, "Afterglow."