The phrase "it takes a village" is often used to refer to the help and support that parents need when raising a child.

However, for Justin Korva, the expression is a perfect slogan for the recent support shown to him by his community. 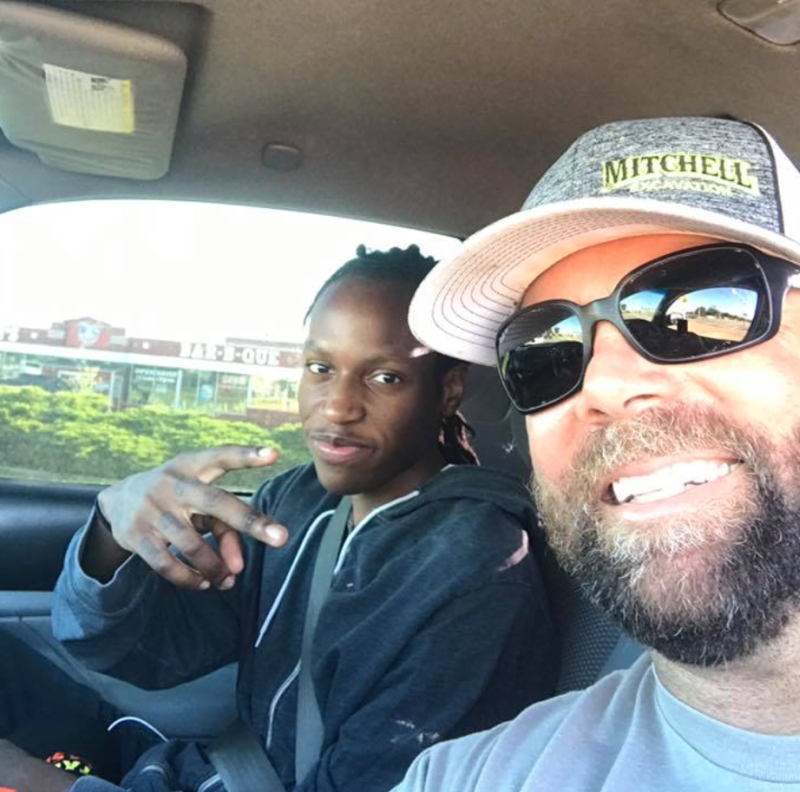 A few weeks ago, Justin went viral when Andy Mitchell posted on Facebook about the young man's work ethic. After seeing Justin walking on the side of the road in 95-degree heat, Andy offered the young man a ride and learned that he walked three miles to and from work each day. Andy's Facebook post congratulated Justin on his impressive motivation, but the community support didn't end there.

The owner of a local restaurant was particularly inspired by Justin's story, and decided to put a donation box in his Italian bistro to raise money to buy the young man a car. In two short days, the donation box was filled with $5,500, and the contributions weren't over yet.

The general sales manager at a local Toyota dealership also saw Justin's story. After speaking to his boss, he was able to reduce the price of a 2004 Camry, leaving enough money to buy Justin a year's worth of insurance, a year's worth of oil changes and a $500 gas card.

Justin was unable to hide his shock and amazement when he received the new vehicle. Met with cheers from a large group of supporters, he enthusiastically thanked his new friends.

Click HERE to see more about Justin's story, including the moment he received his new car!

Almost ready for a car of your own? Check out everything you need to know about Driver's Ed HERE!