A new Iron Man is here, and she's a 15-year-old African American girl.

As of the first issue of the new The Invincible Iron Man, Tony Stark is dead, and Chicago native and super genius Riri Williams has pledged to take his place. She's clever, feisty and always trying to accomplish more—and in just 23 pages, she's established herself as one of my favorite Marvel characters. 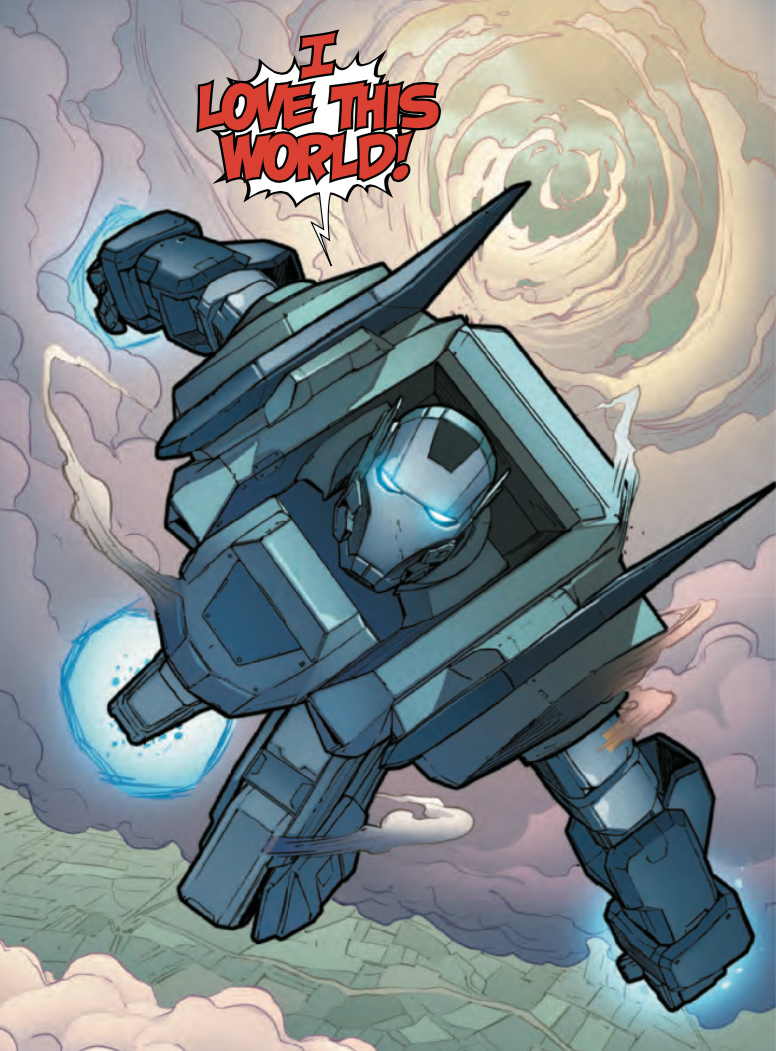 In the present time, we watch Riri deal with the death of Iron Man and use her powerful new suit of armor to take down a destructive mutant called Animax, but the comic's flashbacks allow us to really see what makes Riri tick. 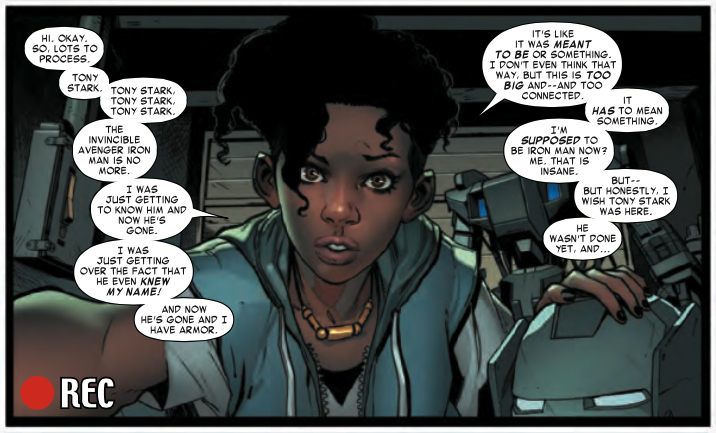 At the age of 5, a troublemaking Riri's parents take her to a behavioral expert only to discover she's not troubled, but a bored child genius.

At 10, Riri meets her best friend, Natalie, while tinkering with an invention in her garage.

And most tragically, at 13, Riri loses both Natalie and her stepfather when they're caught in the middle of a shooting during a barbecue at the park.

Back in the present day, Riri struggles in her fight against Animax, who can summon incredible monsters she creates with her own mutated DNA.

Unlike Tony Stark, who used the incredible artificial intelligence system J.A.R.V.I.S. to power his suit and analyze tricky situations, Riri's suit runs on a more primitive computer system she built herself.

With her computer unable to analyze Animax, Riri turns to YouTube to watch a video of the X-Men fighting Animax to discover her weakness. But even when Riri has taken down Animax, the local police see her as just as much of a threat, and Riri is forced to disarm the cops and flee.

Riri's narrow win makes it clear that her computers won't cut it if she wants to truly be Iron Man. Luckily for her, a special delivery arrives the same day housing a mystery box. I won't reveal the secret at the end of the story, but I will say that Riri gets exactly what she needs.

Our introduction to the new Riri may be quick, but it gives us everything we need to like her and understand her motivations. She's driven not only by unending intellectual curiosity, but by her need to do good in an unfair world.

This is just the beginning of Riri's journey as Ironheart, and I can't wait to see where she goes next.

Want to learn even more about Ironheart? Click HERE for the full background on Riri Williams.