When I first saw footage of Ittle Dew 2+, I had never heard of the original Ittle Dew, but it looked a lot like a classic top-down Zelda game and I was immediately intrigued.

I reached out to the developers, Nicalis, who were kind enough to give me a review code for the game, and I wasn't disappointed.

Ittle Dew 2+ stars an adventurer called Ittle who travels with her flying fox, Tippsie. You both become stranded on an island, and the only way to escape is to raid its eight dungeons, collecting the pieces of a raft that will allow you to escape. The story and simple and straightforward, but it gets the job done. 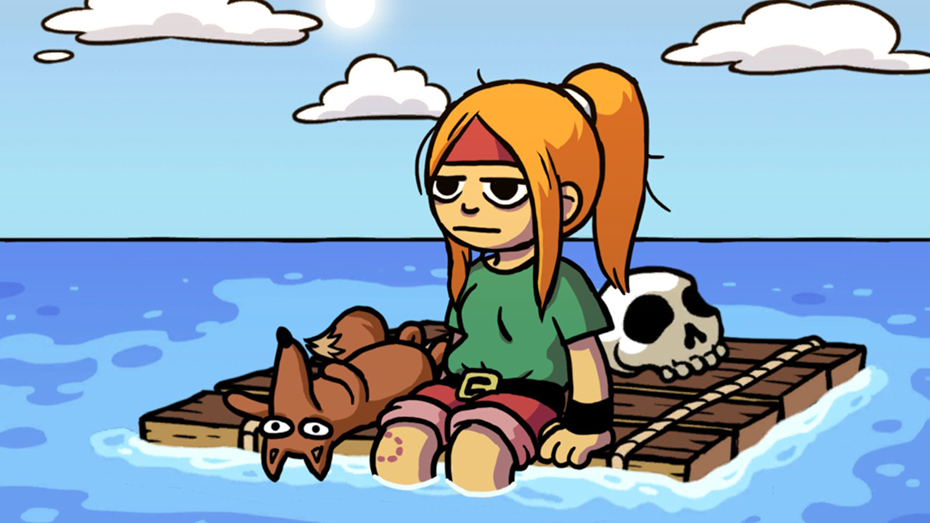 As Ittle is thrown into this world, it becomes immediately clear that Ittle Dew 2+ has a strong aesthetic. The environment, as well as the creatures, feel lush and well-developed, and each object feels hand-drawn despite the fact that it's 3D. 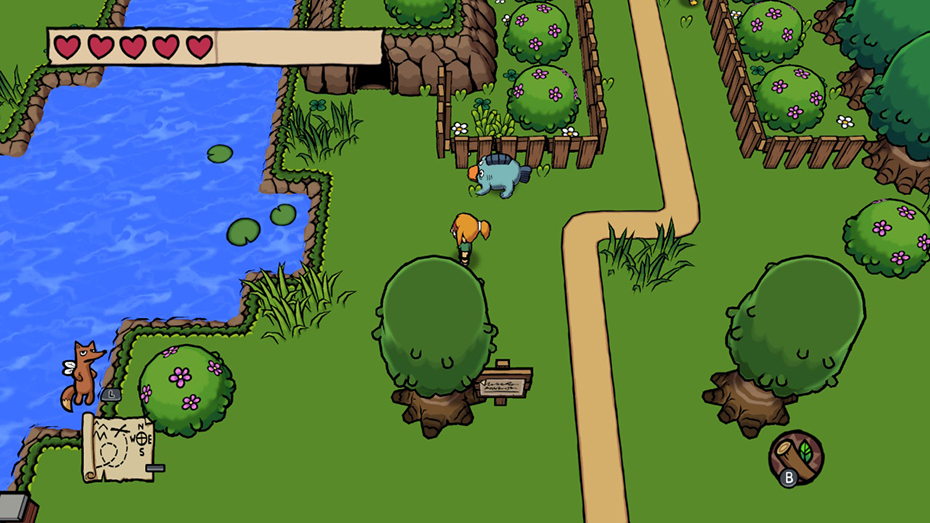 Each of the game's eight main areas also has a strong identity and sense of place. While you start off in a simple wooded forest, you'll later progress to sandy beach worlds and frigid snowscapes. In Star Woods, twinkly music plays over a swampy woodland lined with paths dotted by fireflies and stars. In the Western-themed Pepperpain Mountain, chili plants grow from the ground and lakes of lava-like salsa feature giant tortilla chips. Every area in the game is strange and wonderful, with an incredible soundtrack that adds to the ambiance. 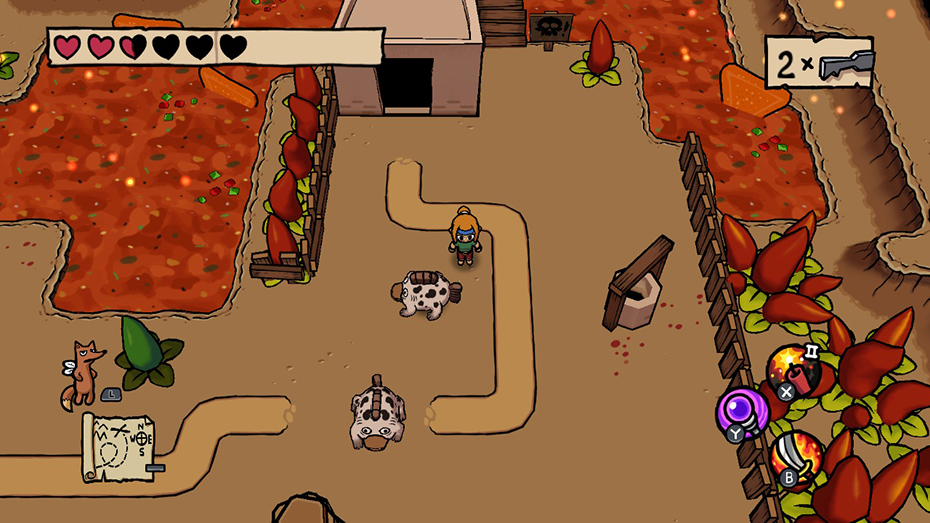 Enemy designs also fit right in with each area. Haunting blue figures in wintery capes fill the ice world, while the candy beach area is filled with sea creatures that double as sweets. And while this flexing cactus was a huge pain to dodge and fight, I thought he was hilarious in a more peaceful environment. 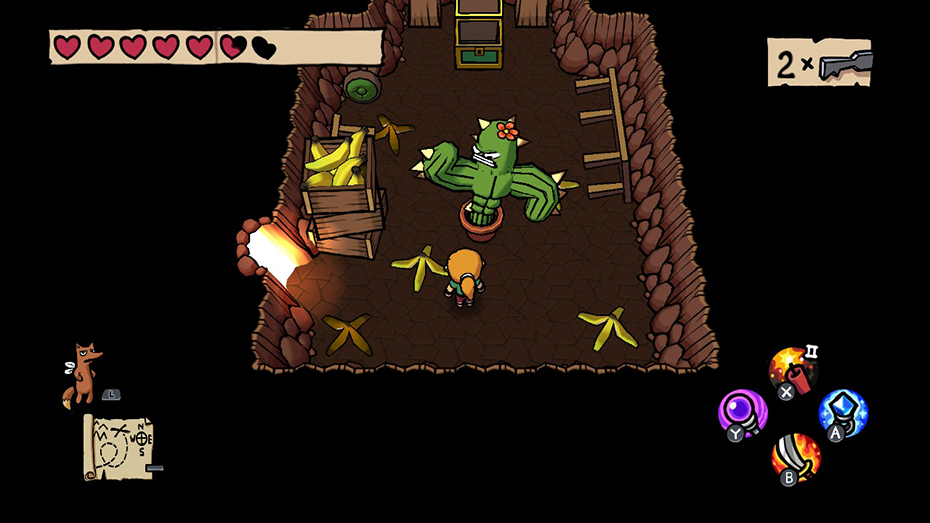 The game also has a strong sense of humor that reminded me a lot of the Paper Mario series. It's filled with NPCs with strong opinions and strange pieces of advice. While these moments may not work for everyone, I thought they helped to build the world and give a powerful sense of what these characters were really about. It's quite charming, to say the least. 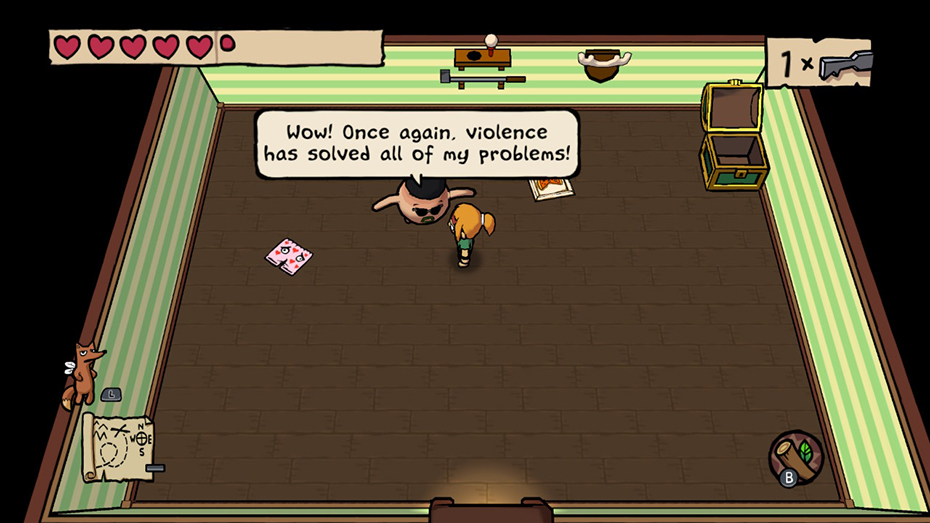 At the start of her adventure, Ittle is armed only with a branch. It's her sole means of interacting with objects, fighting enemies and solving puzzles—but you'd be amazed how much you can accomplish with a single stick.

There are eight main dungeons, and you can tackle the first seven in any order you please. I've heard that it's wise to do them in the intended order, as the difficulty increases each time, but I did them all based on when I stumbled upon them (in the order 1, 3, 5, 2, 4, 7, 6, if you're interested) and I managed just fine. 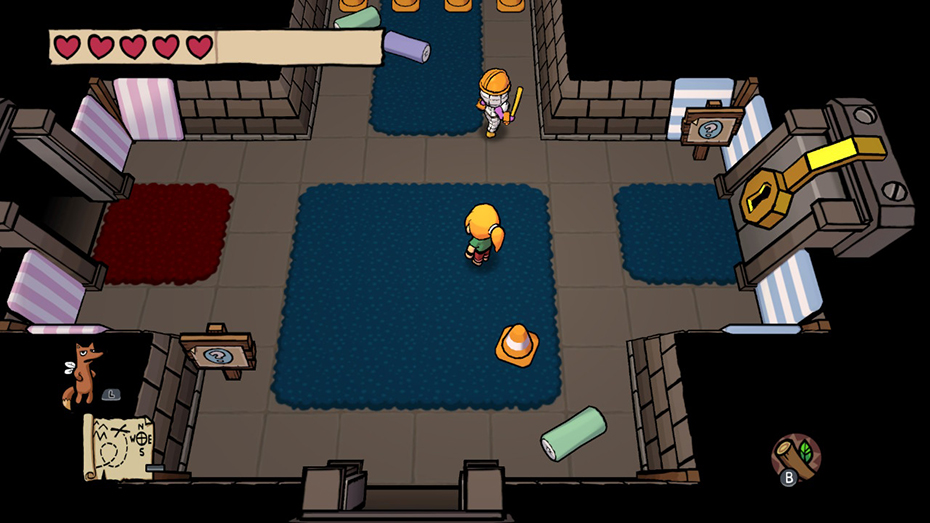 If you've played Zelda games, the dungeon format will likely feel familiar. Usually, progressing to the next room means you'll have to defeat all of its enemies or solve a small puzzle, and until the post-game dungeons, puzzles are always contained to a single room. They almost always consist of pushing all of a room's floor switches at once or hitting all of its crystals in the allotted time. This may sound like it would get repetitive, but the game manages to keep this premise fresh with creative setups and the slow addition of more powers.

As you progress through these dungeons, you'll eventually obtain more useful abilities to help you on your journey. Unlike Zelda games, where you might collect dozens of objects that are used for specific occasions, this game focuses on just four items. This is one of Ittle Dew's strengths.

A magical wand allows you to strike enemies or switches from a distance, dynamite sticks blow things up, and ice blocks can be used to hurt enemies, press switches or bounce your projectiles. Each of these items is useful in combat as well as puzzle-solving, and familiarizing yourself with the powers of each is critical. You may be surprised how tough it can be to come up a solution even with limited tools at your disposal.

The game prevents players from taking on the toughest areas first by making the surrounding areas terrifying to navigate, filling them with powerful enemies that will hound you and take you down in a couple of swift blows.

And the enemies in this game are tough. Even towards the start of the game, certain enemies seem to absorb hit after hit. Often, the best strategy is to just run past them toward your goal, rolling to dodge their attacks.

But when it comes to dungeon rooms where you have to fight enemies in order to continue or those oh-so-mandatory boss battles, you have to be brave and just fight it out. While the controls are fluid, it can still be really difficult not to get pulverized. Luckily for players, dungeons are quite open once you've solved the puzzles and backtracking to a room to fight enemies again and again takes only seconds.

There are also save stations right outside of boss rooms, taking the edge off of any frustration. It might take dozens of tries in the boss battles to learn attack patterns and identify openings—and, even then, besting a baddy can require a bit of luck. Finally landing that winning strike can be immensely satisfying.

If you're ever completely stumped, your flying fox, Tippsie, usually has something helpful to say to guide you in the right direction. On a couple of occasions, Tippsie's advice was critical to progress. I would never have known that the magic rod could push blocks diagonally, for example, had I not read it on the screen. 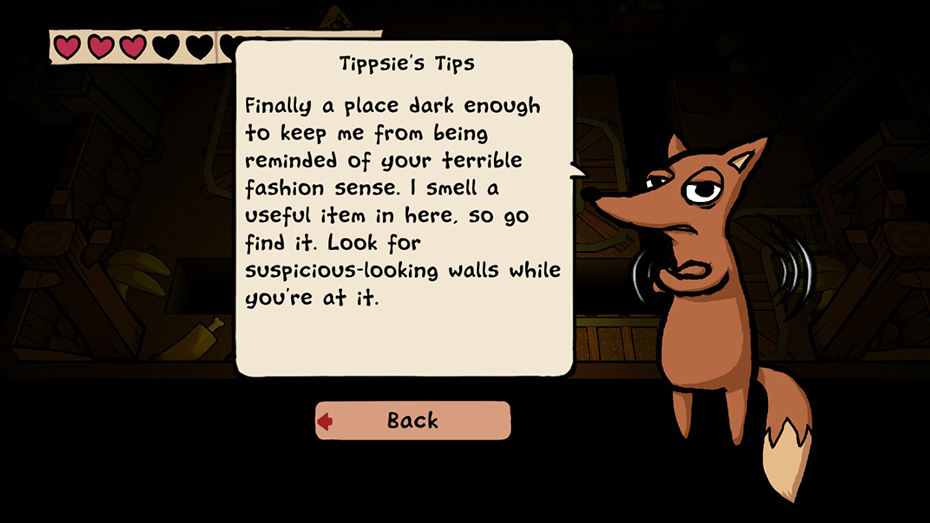 And if a boss is getting you down and you're not ready for the next dungeon, the map is also covered in caves and secret hideouts filled with things to discover and collect, including upgrades to your abilities and health. If you're a completist like me, you'll enjoy sinking a lot of time into finding everything.

Plus, there's more to do even once you've beaten the eight main dungeons, including a world of incredibly tricky puzzle dungeons where the goal is collecting funny trading cards. 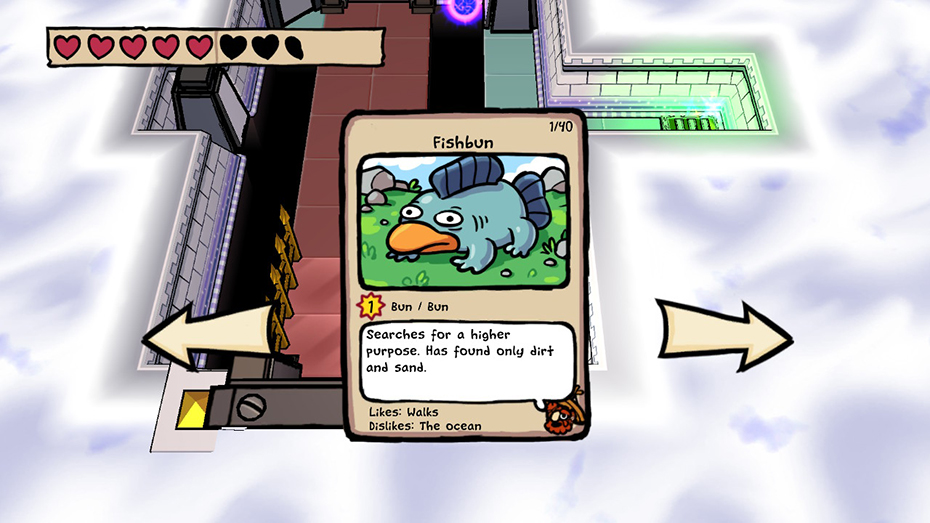 Like any game, Ittle Dew 2+ isn't perfect, and a lot of that has to do with the controls. For example, getting too close to a door opening will make you walk through the door. It's possible to be this close to defeating a super tough miniboss, only to accidentally roll through a door into another room, resetting the enemy's health.

During my playthrough, I also fell into chasms a lot, and doing so resets the enemies in the room, as well as any puzzles you're working on. It was easy to get frustrated, both with the game and at myself, when I'd fall into those holes over and over and over again.

There are also segments where I needed to precisely aim a projectile and I couldn't get a handle on how to do so, or ran into walls of spikes because Ittle wouldn't walk in straight lines. It's advisable to use the D-pad instead of the analog stick for these portions, but it can feel a little unnatural in handheld mode.

After the seven or so hours it took for me to complete Ittle Dew 2+'s main quest, I'm eager to keep going and discover everything else the game has to offer. I adore the animation style, the writing and the clever dungeons, and, despite the difficulty, it's a lot of fun. While there are a couple of issues with the movement, it's not enough to hinder the game as a whole. There's a lot of game to dive into, and I'm pretty sure the post-game dreamworld will keep me busy for a while.

If you're looking for more adventure on the Nintendo Switch, click HERE for our review of SteamWorld Dig 2.