Slime is still No.1 in our hearts, and the grosser it is, the better.

So when the makers of Uncle Milton's Star Wars Science Jabba the Hutt Slime Jab offered to send us a kit, we jumped at the opportunity. What could be better than Star Wars slime? Here's what happened when we tested it out for ourselves. 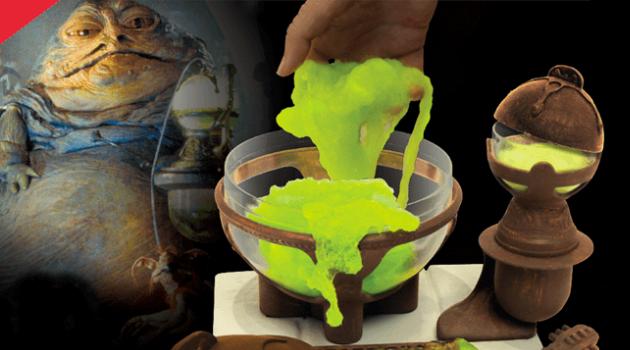 The Jabba the Hut Slime Lab comes with all of the ingredients and tools (minus water) necessary to make a variety of ooey-gooey slimes.

The kit comes with "slime bits," tiny styrofoam "nodules," glitter," "sheen," yellow-green "glow" and crunchy "putty," which can each be combined in different ratios with water to create different types of slime. The included instruction card shares 10 different slime recipes, but you're also totally free to go off the script to create your own unique slimes. 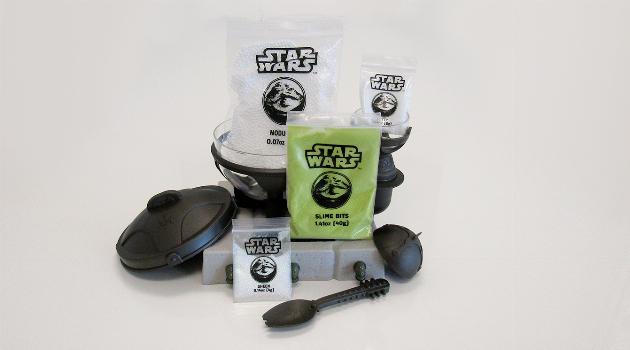 The mixing vat, urn and spoon are also modeled after Jabba's palace, giving them an authentic Star Wars feel. 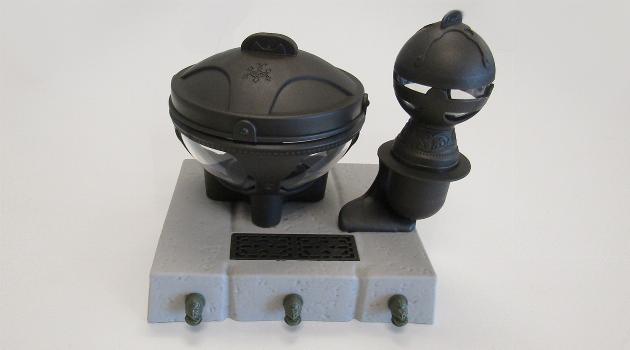 Though the instructions spell out 10 different slime recipes that can be made with the Jabba the Hutt Slime Lab, we decided to try five different types of slime. It was important for  us to see how each ingredient would change the texture and appearance at each step.

The first slime recipe we tried, Skin Slime, was super straightforward. We placed a spoonful of the "slime bits" in the small urn, and six spoons of water in the vat. The only tricky part was using the included spoon to get water into the vat, as the plastic and forked end made it tough to catch liquid in it. While it asked for six spoonfuls, we kept feeling like we were only getting half a spoon of water, so we wound up technically scooping with the spoon more than a dozen times. 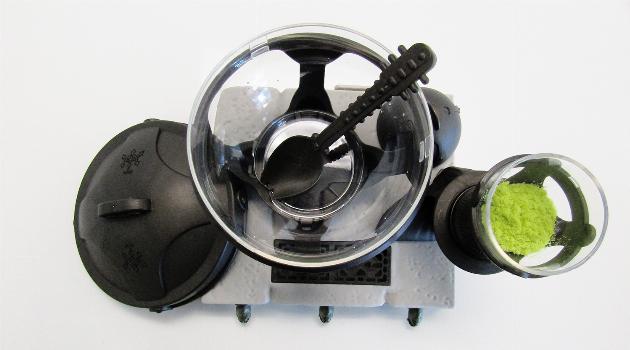 Once the ingredients were ready, we simply just tipped the powder from the urn into the vat and started mixing with the spoon. Immediately, the green powder and water started congealing into a gooey, bright green gel.

Per the instructions, we waited about 10 minutes before handling with our hands. Maybe we added too much water, because it was extremely gooey and sticky. Perhaps the recipe we made was closer to the Slug Drool, which has more water in it.

Compared to the slime we've made with glue as the main ingredient, it seemed a bit too sticky to really play with. We tried adding more slime powder, and while it made the slime thicker, it remained just as sticky, with mucusy strands pulling of it. It did succeed in being extremely gross. 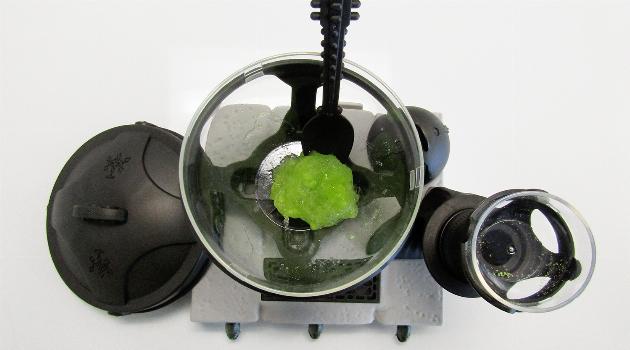 Next up, we wanted to try a recipe using the "sheen" ingredient and settled on the Music Trail Glaze. We switched from the Jabba spoon to a kitchen spoon or ease and mixed half a spoonful of slime bits with half a spoonful of sheen in the urn before adding it to some water in the vat.

This slime wound up with a gorgeous green and blue sparkle, and after 10 minutes, the resulting slime was much easier to handle. It also left a light coat of glitter all over our hands. It still felt a little too sticky, but was more manageable than our previous experiment. 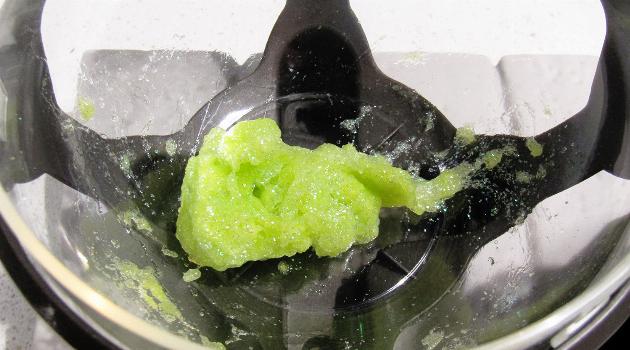 Next, we followed the instructions to make Slimy Slug Eggs. We mixed a spoonful of slime bits with two spoonfuls of nodules, which are tiny round styrofoam spheres. After mixing those together in the urn, we poured them into the vat with the water and mixed away.

We wound up with a slime that we couldn't stop touching. Even though it wouldn't stop sticking to our hands, it had a unique texture, and it was fun to squish the noddles around. 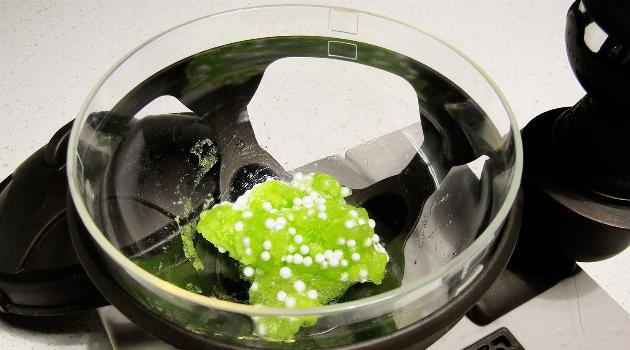 The next recipe was for Curdled Mold and involved an ingredient we hadn't used yet–"putty." We made it by combining a spoon each of slime bits, putty and nodules before adding to the vat of water.

The result was unlike any other batch of slime we made. It was much drier and grittier, and the little nodules didn't stick to it extremely well. Overall, it was gritty and oddly textured, falling apart, but at least it wasn't super gooey. 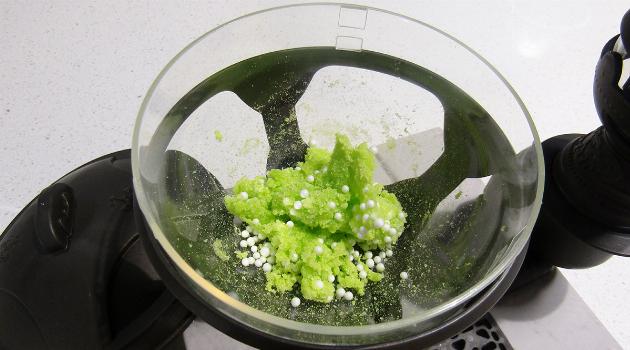 Last but not least, we gave the "glow" ingredient a try with Glowing Ooze. It involved just half a spoonful each of the slime bits and glow, plus seven spoonfuls of water, to create a super shimmery batch of slime. 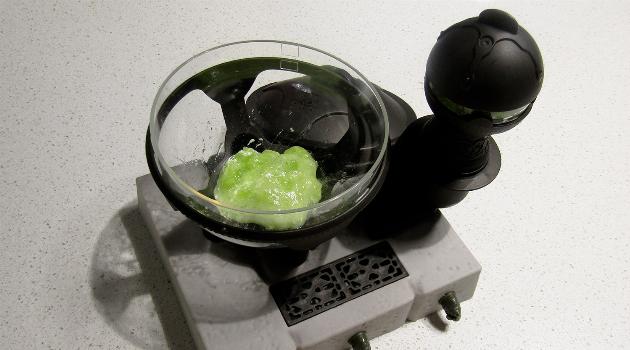 Of course, we had to see if it would actually glow in the dark, so we took it into a dark room. We'd say it was pretty successful. However, this slime also wound up being the stickiest of them all. 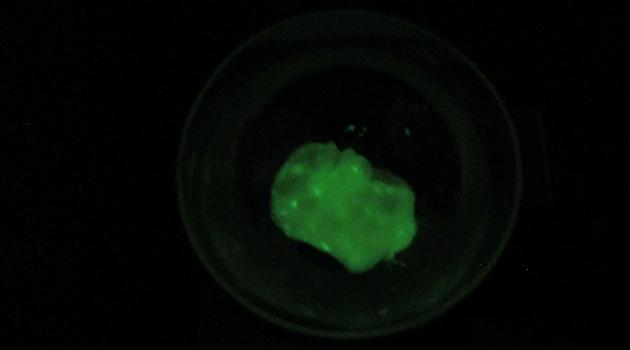 Overall, we had a lot of fun mixing our own varieties of slime. The Jabba the Hutt Slime Kit makes it super easy, and we like how much variety there is among the types of slime, and how each ingredient impacts the final result.

However, we think it's fair to say that these are gross-out slimes more than they're slimes for playing with. Most of the slimes we made were extremely sticky and stringy, leaving lots of the contents on the hands after they're handled. That's probably the point, since Jabba the Hutt is disgusting to begin with, so it might not be for everyone.

But if you want to gross out your friends and experiment with fun and interesting-looking slimes, this might be the easiest way to do it.

If you're the ultimate Star Wars fan, click HERE for Rey quotes that double as Instagram captions.