You may know Jackson Dollinger best from playing the titular Max on Disney Channel's Sydney to the Max, but that's only the beginning of what the 14-year-old star is up to these days.

Earlier this year, Jackson released an EP called Social Isolation, and he's gearing up to release even more great music—and accompanying music videos—in the near future. And did we mention he's also an environmentalist? Jackson's only getting started, and here's everything we learned about him as our latest Man Crush Monday. 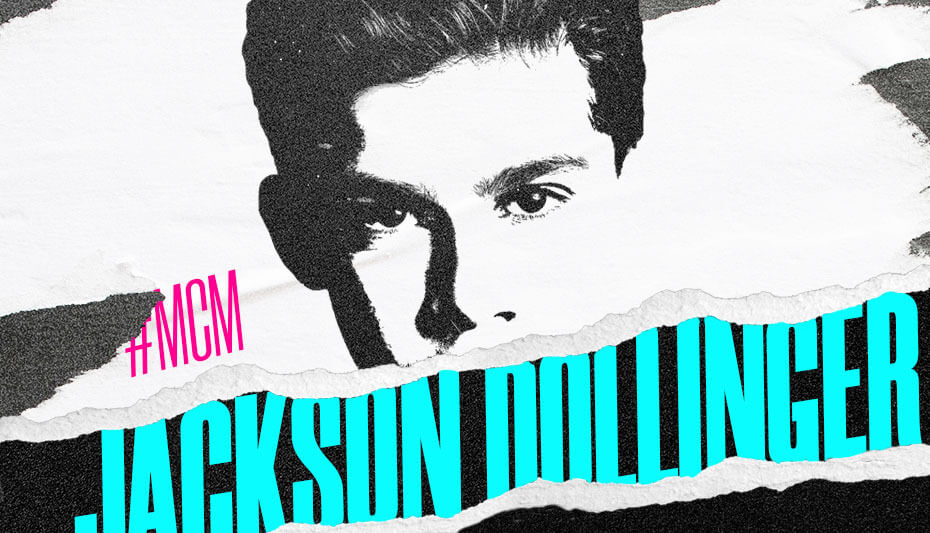 "I love the color blue because it reminds me of the ocean, and I love the ocean."

2. If he could pick anyone from history to be his mentor, he'd select John F. Kennedy.

3. His favorite dish from home is his mom's Provencal rack of lamb and Greek potatoes. He also loves when his dad makes turkey burgers.

"I remember always watching over his shoulder and trying to learn how to grill. Sometimes he would even let me flip the burgers."

4. He's not super into pizza, but he does have a special order when he does get it.

"When I do get pizza, I get the pepperoni, olives, basil and garlic crust, if the restaurant has it."

5. His favorite style trend at the moment is out-there hoodies and jackets.

"You'll be seeing some pretty wild and colorful ones that I'm going to wear in some of my upcoming music videos."

6. His favorite movie is Wall-E.

7. According to Jackson, his biggest character quirk is his ability to overthink absolutely everything.

"I wish I didn't overthink as much and trusted my initial instinct more."

8. After a tough day, he likes to unwind by coming home, going into the studio and making some music.

"If I'm not feeling creative, I usually just talk to my friends and play Fortnite."

9. His dad makes him laugh more than anyone else.

"I think he is hilarious."

10. Jackson wants to spread awareness of the work he does to save the seas.

"I am an ocean conservationist and I'm dedicated to the cause. I encourage everyone to join me by immediately eliminating single-use plastics from their lives and treating our planet with care. There is no Planet B."

If you're curious about Jackson's music, click HERE to read our interview with Jackson on his Social Isolation EP from earlier this year.

jackson dollingermcmsydney to the max