We're kind of freaking out because Radio Disney just blessed us with some incredible news — Jacob Whitesides is their new #NBT! If anyone deserves this honor, it's Jacob. He was destined to be the next big thing since he first shared his ridiculous talents with the world.

1. He's had this whole singing, playing guitar and looking adorable thing down when he was just 14 (and he's only gotten better since).

2. Not only are Jacob and his girlfriend Bea Miller are our OTP, but she's also a past #NBT. Power couple much?

3. He always makes songs entirely his own. We love Jacob's take on this Fifth Harmony track, and it's not just because they're ALSO a past Next Big Thing.

4. He's definitely got the drive to be Radio Disney's #NBT. At 17, he's already the CEO of his own record label.

5. He's an Instagram genius. No one can beat this selfie game.

6. Sweety High's own Alex Schiffman even got to hang out with him for a Radio Disney performance and we are super jealous. 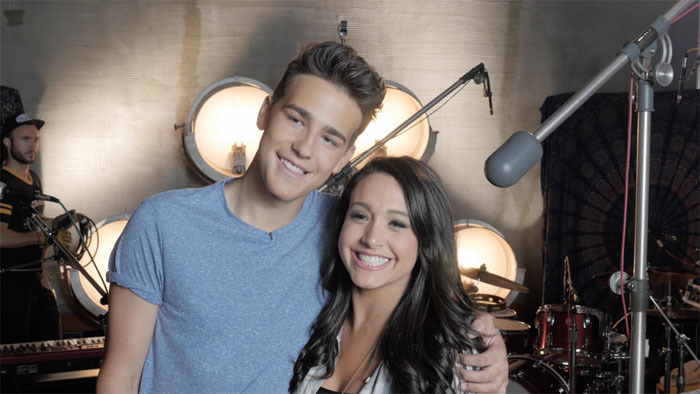 7. His "Not My Type At All" music video is everything. Basically, he's the full package.

8. Last but not least, he truly appreciates his fans. You really couldn't ask for more.

Is "Not My Type At All" Jacob's best song ever, or do you think "Words" wins that title?  Let us know in the comments and be sure not to miss this Radio Disney Music Awards  interview with Jacob. It'll make you fall even deeper in love with him, as impossible as that sounds.