Jacqueline Quinn On Being A WillaGirl!

13-year-old Jacqueline Quinn is a model, actress and a WillaGirl representative for Willa youth skincare products! 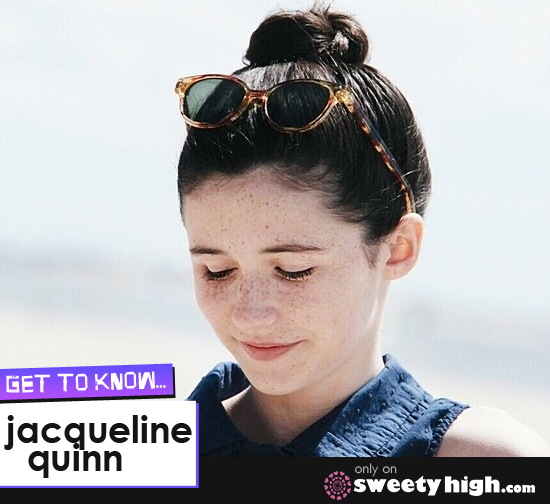 We recently spoke with Willa about her multi-faceted career and what Willa is all about!

Jacqueline got involved with Willa natural skincare for girls because of her love of the brand.

In the process, Jacqueline has also converted a few of her friends into WillaGirls, who have then hosted their own parties. She also spreads awareness through social media to talk to girls that she might otherwise never get to meet.

Much of this social engagement lives on her blog, "The Life Of A Teen Model," where she discuses being a model as well as an actress!

Though the lifestyle has perks, it also requires a lot of hard work.

"I would say the toughest part is keeping everything in balance," Jacqueline said. "All the time I'm in the city, and then I have to come back to school. I'm just doing all this crazy stuff and I get to balance it all."

But Jacqueline said it's all worth it.

"I get to meet all these really cool people and try on really cool clothes," she said. "I get to do a lot of really fun stuff."

Jacqueline is also an actress who has appeared in small roles in films including The Amazing Spider-Man 2 and The Secret Life Of Walter Mitty. She's also particularly excited about an upcoming role.

"Something that was really fun is I was just in the Annie movie, and that was so much fun because we filmed for a couple of days, so basically what we were doing was we were in a classroom," she said. "I got to be with a bunch of other kids and we got to laugh a lot. It was almost like we were at my real school, having fun on set!"

You can also learn how to become a WillaGirl here, and follow Jacqueline Quinn at the social links listed below! Share your own story with us at SwetyHigh.com!