Your favorite cinematic video games just wouldn't be possible without  work by people like Jacquie Shriver.

Jacquie got her start in the gaming industry as an intern helping with dialogue for games, but over time grew to be a leader in the audio production space. Today she's the new head of studio at Side LA, which provides high-quality casting services for games.

We got the chance the speak with Jacquie to find out what made that all possible, why she's so passionate about audio and what sound production is all about. 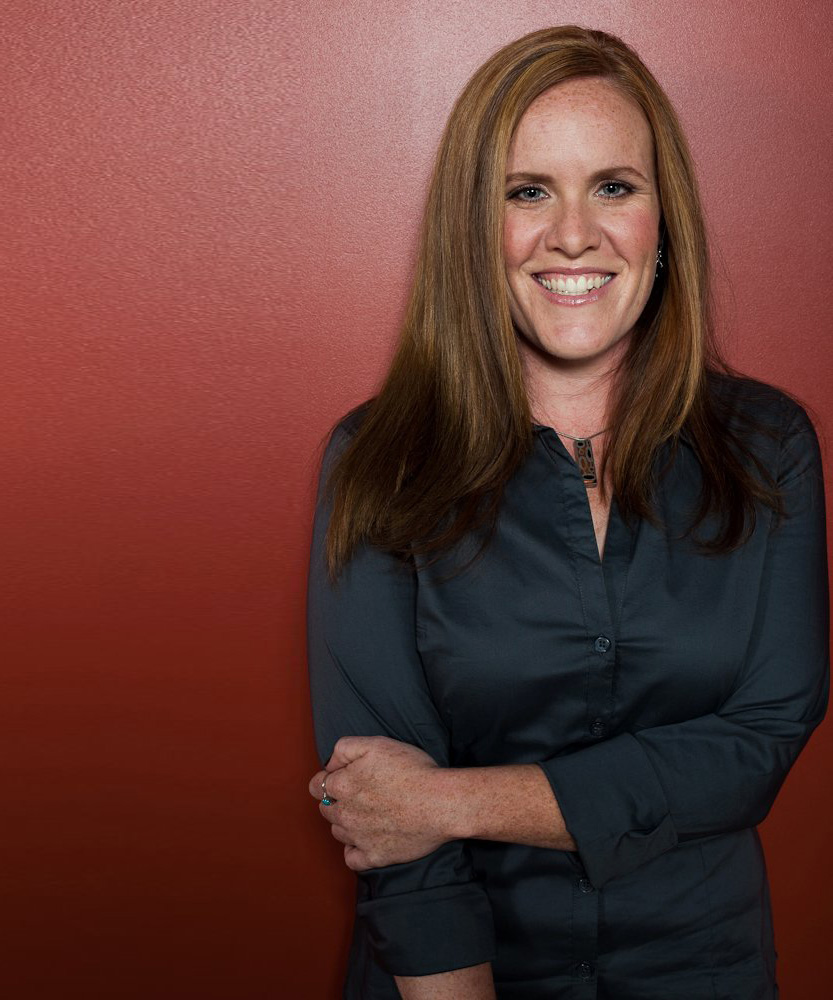 Sweety High: How did you come into the role of dialogue and audio production in video games?

Jacquie Shriver: When I was in high school I really wanted to be a recording engineer. I wanted to record bands and be a part of music production because I loved music, but I wasn't any good at playing instruments. I convinced my parents to let me get a degree in electronic media. The program allowed me to learn about audio production as well as other media skills including television production and webpage design.

As I was finishing up my degree I was awarded an internship at a company called Soundelux Design Music Group. They took me straight out of school and plugged me in for six weeks at a company that did dialogue for video games. I was an intern taking notes in recording sessions and doing grunt work, but I fell head-over-heels in those six weeks and I haven't done anything else since.

SH: Were you interested in video games at all before that happened?

JS: I wasn't really. Back in the '90s I played Super Nintendo with my brother here and there and rented cartridges from Blockbuster, but I didn't really participate in video games as a source of entertainment until I was exposed to the process.

Now I consider myself a gamer. I just got introduced in the wrong order. A lot of people approach video games thinking either they like them or they don't, and they don't necessarily know what goes into creating them. It's like going into a restaurant never having cooked a meal before. You might decide you don't like something before you've even tried it.

But I know all about the blood, sweat and tears that it takes to create a video game and I think I can see more merit in games. Even if I know a game isn't right for me, I can tell if it's well-crafted. I know how many people's personal lives were embedded in making something that they felt really passionate about. It's such a difficult process to make a video game that I very rarely look at one and dismiss it. I try to give every game a chance.

SH: What have been your most memorable experiences in the video game industry?

JS: I work in dialogue specifically, so I work with a lot of actors in recording sessions. That's probably my favorite part of what we do, but I don't want to go down the road of which celebrity experience was most memorable.

Instead, one of my most memorable experiences was sleeping under my desk to meet a deadline to make sure the game I was working on was the best it could possibly be when it was released. Besides that, honestly it was the relationships and camaraderie that came along with working at a game developer with a bunch of people who had a vision and really wanted to put that vision out there for the world to consume. Late nights testing something and having it actually work the way I wanted it to after troubleshooting for six hours wind up being some of the most memorable experiences.

SH: What did your job entail when you first started doing it, and how has it grown now that you're head of studio at Side LA?

JS: When I first started as an intern back in 2002 I was responsible for following along in the script with a pencil and noting the client's preferred version. The actor would read the line of dialogue three different ways and if they decided they liked the second one best, I would note that down. I was responsible for tracking those types of things during the recording session.

I was also responsible for saving and backing up audio data. We'd have a day of recording saved in a program called ProTools and I would make sure that got saved on a secondary spot in case data got lost, and also check that the script matched up with the files we sent to clients. Individual lines would be broken into individual files, like a song is a file on a CD, and sent back to the client with specific names. It was a lot about quality control and making sure that everything matched up and everything was accounted for.

What I do now as head of studio involves the same skills. My responsibilities include making sure all of our costs are accounted for, so if we're hiring directors and actors I make sure they get paid in a timely manner, and I make sure our clients get what they need. If they come to us and need to record a certain amount of dialogue, I let them know how much it'll cost and how quickly we can do it. I figure out a plan for how to accomplish a client's goal and then put a team of people together to take pieces of that on to accomplish it. It still involves a lot of keeping track of what the client wants and making sure that they get delivered back what they're expecting. 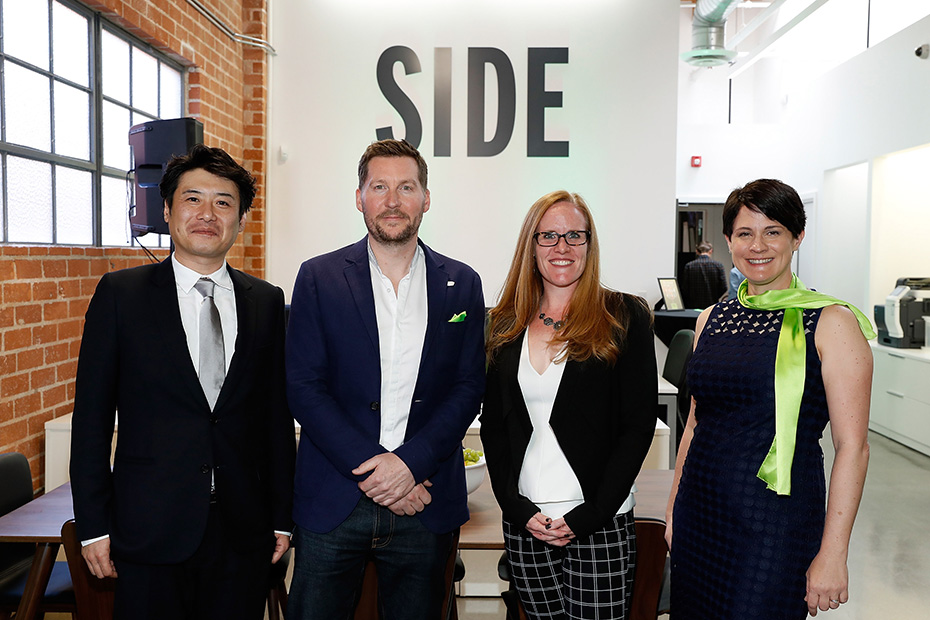 SH: How did you get involved with Side, and what led up to you being Side LA's head of studio?

JS: The 10 years before I started with Side LA I was with Sony PlayStation doing a variety of things, all related to dialogue. While I was there I often had need for British-accented actors or a place for American actors who were in London to record, so I developed a relationship with Side, who are based in the U.K. and until recently existed exclusively over there.

I developed a relationship with their team and used them every once in a while, and they always had consistently high-quality results at a good price. Their attention to detail was second to none and I always knew that I was going to get really good service when I went to them.

I was speaking with Andy Emery, the head of global audio for Side, and he told me they wanted to open a studio in L.A. At the time, as a Sony employee I was very interested and excited about that, knowing I'd love to have that service here in this market. Over time I started to realize that I didn't just want to work with them—I actually wanted to be a part of it. We talked more and I decided I was in a good position and had a good amount of knowledge in this market to spearhead the effort. We decided to bring me over from Sony to Side, and here I am. 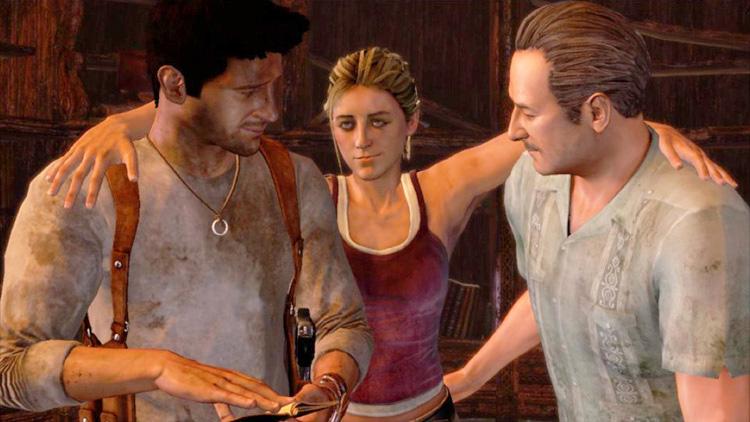 SH: What has it been like to see the quality and emphasis on voice acting in video games improve over the time you've worked in that realm?

JS: I think the actors' commitment to providing the best version of their acting services has always been there. I think that the writing and the attention to story on the game development side are really what have changed dramatically in the last 10 to 20 years. While once you just needed someone to say something, now there's a whole team of people on any given game trying to figure out why that person is saying something, what they want from the other characters and who they are, what their story is and why they're there.

All of that stuff gives the actors a lot more to work with in order to bring a character to life and tell a story. It's been an evolution. I worked on a lot of military-style war games when I first started, where you'd spend day in and day out recording people shouting "Grenade!" and "Get down!" and "Look out!" It can be grueling to sit and have someone shout those things for up to four hours in a single session. Now, there's more dialogue to record in a lot of the bigger games, but the actors have a better understanding of how that's going to fit into a greater story. You're not just giving words to a person just because they're standing there.

SH: Do you have any advice for anyone who'd like to do the work you do?

JS: I hear from a lot of people who want to be involved in voice acting as voice actors, or who want to be game developers. There are a precious few people who actually want to be on the production side of voice over. There aren't that many of us, and it's not a very romantic job. But there are probably others like me who don't want to make music but want to be behind the scenes. The best thing for me to do was to learn about both sides, of music and music production, and the recording side of things. I think that applies here, too.

If you want to be on the production side of voiceover, be it for games, television or anything else, learn what the actors are doing. That doesn't mean that you necessarily have to take acting classes, but you should be curious and read up on what it takes to be an actor. You can then use that information to support actors, as well as support the developers in understanding what actors are doing. Our service is to be the buffer between the developers and actors, and being able to put them together in a way where they can communicate and create something.

SH: Any upcoming games you worked on that you can tease?

JS: I can't reveal anything at my current position, but there are games in production that I worked on when I was still with Sony that are not quite completed yet.

When I left Sony I had worked on the new God of War title that's coming out. I also participated in a Sony game called Days Gone. Insomniac Games is also working on a Spider-Man video game that I got to work on a little bit.

We're working on a number of games here at Side at the moment, but one of the hallmarks of the video game industry is our absolutely insane levels of confidentiality and security. You can't say much beyond that without getting in some major trouble! 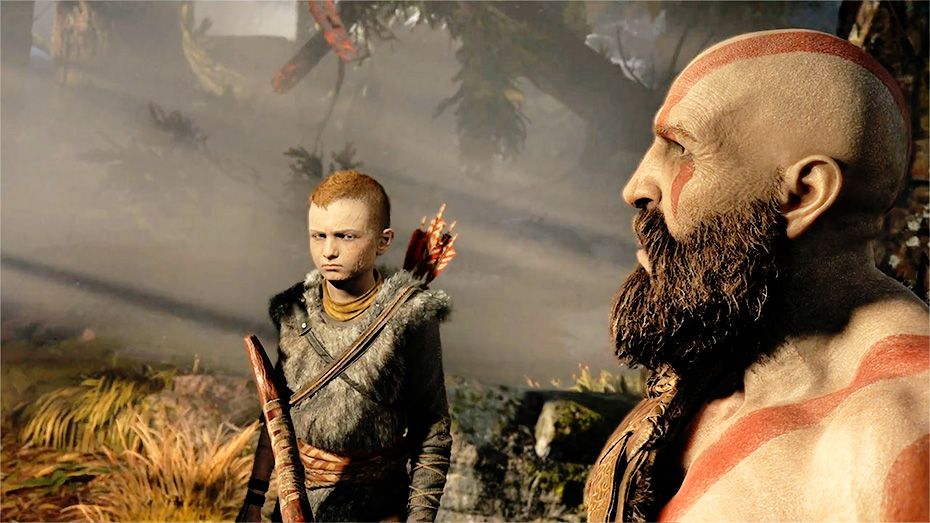 Want to learn more about how games get their voices? Click HERE to read our interview with Kate Saxon, the director behind the actors in some of your fave games.