Jaden Hamilton certainly isn't the only music artist who's making a big name for himself on TikTok.

He's proof that country music can be just as big on the platform as pop and hip-hop, and we love it. His talents have netted him a number of hits recently, including "Long Night Letting Go," with its romantic tone and easy, luscious sounds that it's far too easy to get lost in.

We're obsessed—and clearly we're not the only ones, because just last week, it was announced that he was signed to Sony Music Nashville. He also released his new EP, Ain't That Something, last Friday. So when we got the chance to ask Jaden some questions, we found out everything we could about this rising star. 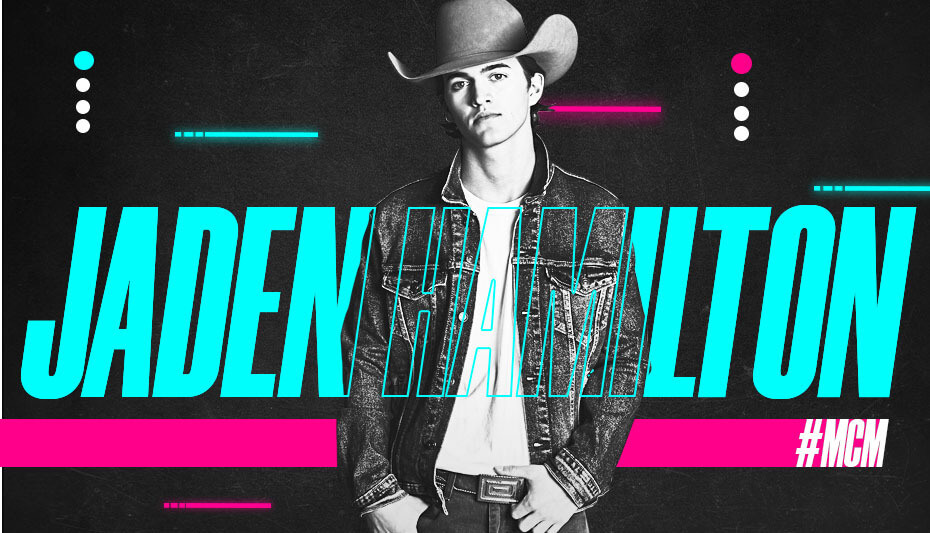 "Cody Johnson is a big inspiration of mine and a great live performer. And Miranda is as well—she's got a lot of spirit which I like to watch."

2. In fact, he says Cody Johnson is probably his biggest musical inspiration.

3. He thinks he'd be terrible at just about any desk job.

4. He's seen Tarzan more than any other movie.

5. He has an adorable pet fox.

6. He can be a bit of a worrier—but we don't hold that against him.

"I overthink things and I stress myself out about things I shouldn't."

7. In school, he says he was terrible as social studies, and that his best subject was math.

8. He says he couldn't live without the Ultimate Guitar app, which provides chords, tabs and lyrics to help people learn to play and perform songs.

"If I'm trying to learn a song I don't know, it helps out a lot"

9. He likes to stick to a plan, and his biggest pet peeve is when his plans get changed at the last minute for whatever reason.

10. Authenticity is so important to Jaden.

"Always be true to yourself, stay in your own lane and never jeopardize something you want for anyone else."