Jake Short is a young actor best known for playing the artistic and imaginative Fletcher on the Disney Channel's A.N.T. Farm. He also stars in the new Disney XD show Mighty Med! 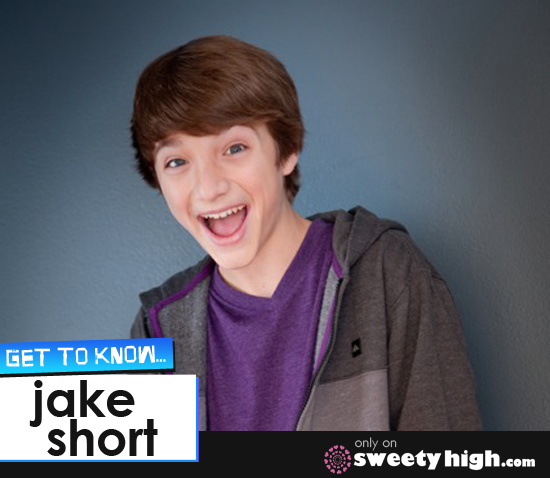 We recently spoke with Jake all about his involvement in the series and his new nomination in the Kids' Choice Awards!

Disney approached Jake Short and asked him if he was interested in playing the role of Oliver in Mighty Med. Immediately, Jake loved the script.

Jake told us that playing Oliver, a more responsible and science-minded character, has been a big departure from what he's used to.

"Oliver and Fletcher are very different characters," he explained. "I have enjoyed playing both roles because both of them are funny."

In Mighty Med, Jake and his costar Bradley Steven Perry play Oliver and Kaz, two best friends who through a strange series of events become doctors in a hospital for superheroes!

"Playing a doctor for superheroes is a lot of fun," Jake said. "Our healing knowledge comes from comic books – not medical school!"

He explained that, because being a doctor for a superhero is quite different from being a normal medical doctor, he didn't require any special training for the role.

On another occasion,  Oliver had to go inside a superhero to fight a villain and save the hero!

Jake found it easy to adapt the new role of Oliver, especially because he's more similar to Oliver than Fletcher in real life.

He said that if he had a superhero power of his own, he would love to be able to fly through the air!

"Winning a blimp is pretty awesome," he said. "I could not have done it without my fans."

This year, he's been nominated for the award yet again!

"I was totally surprised and very excited to be nominated again," Jake told us. "I would like to say thank you very much to all my fans.  Without them, I would never have been nominated."

Be sure to follow Jake Short on Twitter here and catch Mighty Med on Disney XD on Monday nights. And if you love the show, be sure to join our community at SweetyHigh.com to discuss!