Jasmine Thompson is a 13-year-old singer and musician from London whose musical creativity, including creating an acoustic version of Chaka Khan's "Ain't Nobody," has earned her a half million subscribers on YouTube. 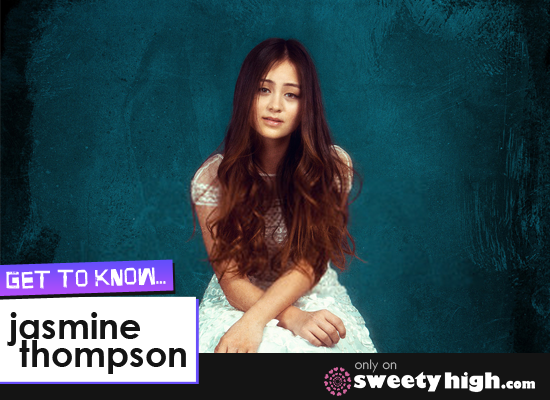 We recently chatted with the young musical artist about her musical beginnings and finding fame!

Jasmine Thompson started singing when she was quite young. She started playing the piano when she was 8 years old.

"It was most satisfying when I started accompanying myself on the piano after I learned to play some chords," she explained. "I suddenly found the freedom to sing anything I wanted, which was really cool!"

"I think you can add a lot more rhythms with a guitar," Jasmine said. "For me, it's easier to play happy songs on a guitar. I like play piano for calm or sad songs."

In the summer of 2013, Jasmine was working with producers and writers for her EP when two of them, named Nick and Pete, told her about a cool opportunity.

"They knew I had done lots of covers before and told me that Sainsburys were looking for someone to sing a cover of "Ain't Nobody" for their new ad and asked if I'd like to try it," she explained. "It's a great song so I gave it a go, and they ended up using it."

Sainsburys is a major supermarket chain in the U.K. In September of 2013, Jasmine's version of "Ain't Nobody" by Chaka Khan appeared in their commercials. Her version of the song reached #32 on both the U.K. and Scottish Singles charts.

"It's a great song with meaningful lyrics," Jasmine said. "Our instrumentation was, simple yet very different from the original. I guess the fans could relate to it and loved our take on this great song."

Jasmine said that her list of musical influences is constantly changing, but that currently she has been listening to a lot of José González, Passenger, Sia, Paolo Nutini and The Jepettos.

Jasmine hopes her music has an affect on her fans in the same way she is influenced by her favorite artists.

"I'd like it to mean something to the fans, whether it's the lyrics or the tunes," she said. "I would like them to be able to make a connection to the music while listening."

In the future, fans can look forward to more of Jasmine's music!

"I am writing lots at the moment," she said. "And I've been in the studio recently playing with some great musicians like Seye and Kieran."

She added that she was excited to also start playing some live shows in the near future!

For the latest updates on Jasmine Thompson, be sure to follow her on her social channels below! You can also join our community at SweetyHigh.com to tell us about your own musical journey, whether you're an artist or just a fan!