The song is out today, April 16, but on Earth Day (April 22) the duo will be taking over the Monstercat Twitch channel for an incredible acoustic performance of the single, followed by live art streams, educational Earth Day interviews and even more musical entertainment. In fact, all Earth Week long, Monstercat is doing fundraising for an ocean conservation foundation called Beneath the Waves.

So how did the collaboration—and their work with Monstercat—come to be? We got the chance to ask Jauz and HALIENE all about it—and here's what they revealed.

Sweety High: What was the songwriting process behind "Oceans & Galaxies"? What kind of sound were you looking to capture along with the song's themes?

Jauz: I try to never really overthink the "sound" or "vibe" of a song when I'm first writing it, especially when it's a song like this where I got a vocal from an artist. I basically just try to shut my brain off and do what feels the most natural for the song itself. Then, after I was done with that process of writing the song and the whole idea was there, I started adding the ambiance that gave it the feeling of being in the ocean/in space. I feel like when I start writing a song with a very specific goal in mind, I always end up disappointing myself, so if I go in with no expectations, generally the song comes out better!

HALIENE: We wrote "Oceans & Galaxies" at the start of the pandemic, and I wanted to write something that expressed the longing of those we couldn't be near to. So many people were missing special events with each other, it was a hard time for all of us. I wrote these lyrics to remind us all that love knows no distance. We created the track and built everything out with Jauz live over Twitch! He absolutely crushed it. 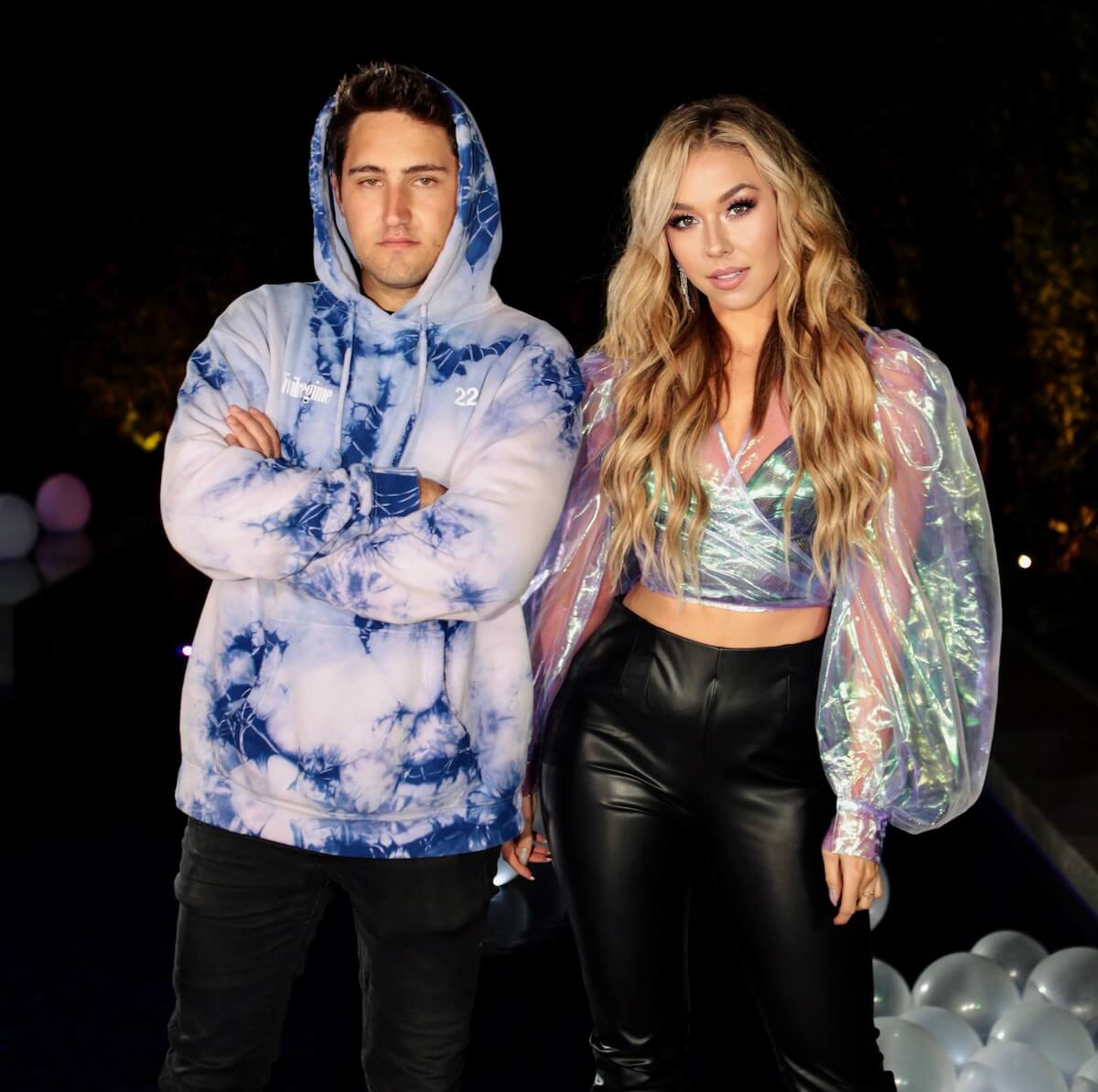 (Image courtesy of Jauz and HALIENE)

SH: What does the track mean to you? Was it inspired by your real relationships?

Jauz: HALIENE and I are both married, so I'm sure the lyrics both mean things to us in similar but different ways. The reason I loved the lyrics of this song is that it doesn't necessarily have to be a love song. A lot of the context of the lyrics is more about the distance we've all had to put between each other—obviously, there are plenty of lines that feel a bit more lovey-dovey, but I still think people can listen to this song and identify with it through missing their friends, family, etc. during the craziness of the last year or so.

HALIENE: Love knows no distance, so this song was meant to be a gift to those in this time (all of us) that miss the ones they care about.

SH: How do you feel this song is different than what you've released in the past?

Jauz: I've always really wanted to write and release a song like this. It definitely still sounds like Jauz, but it also feels a lot like a singalong song, which is something I've never done. I always say either to my managers, my wife, etc. that I don't really care about making some huge pop song, but I would really love to be able to make songs that my fans can be excited to hear at a show, not to party and go crazy, but because they're excited to sing along to the chorus.

HALIENE: This is the first time I've collaborated with Jauz, and this track has a very different sound for me! I love the new vibe (for me) that he brought to it.

Jauz: "Wish that I could crash upon your shore, how your waves make me love to drown" is just such a beautiful line to me. The metaphors could feel like an easy out or cheesy in almost any other song but the way HALIENE delivers her vocals, mixed with the instrumentation of that part of the song always gives me chills when I hear it.

HALIENE: "When we're standing in the dark, we're still looking at the same stars." It reminds me of a Disney movie in that it really grabs your heart. It's comforting and sad and beautiful all at once. We might be alone, but we're together on this planet.

SH: How did you get involved in the upcoming event on the Monstercat Twitch channel? What are the plans for the big day?

Jauz: I don't know how much I'm allowed to reveal! We have so much cool stuff put together for the stream—including a special performance from HALIENE and myself that puts the song in a totally new light. I'm so stoked for all of the stuff we've done with Beneath the Waves as well—being able to benefit our planet just by releasing a song is a really amazing feeling.

HALIENE: I agree with Jauz! It's going to be a really special event, and I am thrilled we can help our oceans through this song with Beneath The Waves.

SH: Why is Beneath the Waves important to you? Was the theme of the song tied to it from the beginning, or was that just a coincidence?

Jauz: My team and I have been trying to figure out a cool way to work with Beneath the Waves for a long time now. Both myself and especially my wife Joann are really passionate about climate change and trying to help protect our environment. The song was actually supposed to come out a bit earlier in the year than it has—but when we realized we could move the song to Earth Day and Monstercat came to us with all of these amazing charitable concepts, I was really grateful that it ended up happening the way it did.

Jauz:  I hope everyone loves the song as much as I do, and I hope I get to see you all real soon singing the lyrics back to me at a festival! I also just want to say how much I appreciate HALIENE for writing this song with me and Monstercat for believing in it!

HALIENE: I can't wait for everyone to hear it. We've put our heart and souls into it for you, so we hope you love it. I can't wait to do this one live, too! It's been a true pleasure and honor to work with Jauz on this, and I am so glad we could do this.

"Oceans & Galaxies" was one of our favorite new tracks of the week. Click HERE to find out what else made the cut.