Disney's The Nutcracker and the Four Realms is hands-down the perfect holiday movie.

If you're a fan, find out what one of its stars Jayden Fowora-Knight had to tell Sweety High this week! 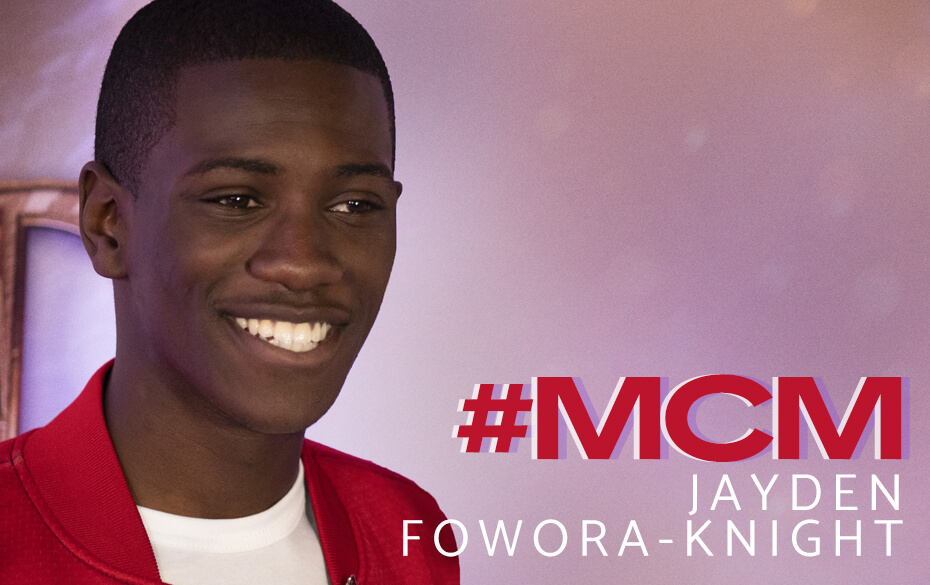 2. His all-time fave movie is Fear and Loathing in Las Vegas.

3. If he could choose anyone in the world to be his mentor, he would definitely pick the legendary Dr. Dre.

4. Skydiving is currently the number one thing on his bucket list.

5. Although he's from the U.K, he wishes more of his friends were into American football.

"I wish more people in London were on that wave!"

"She's always been there for me, even when I do dumb things!"

7. The fictional character he's always been most inspired by is Artemis Fowl.

Chilling Adventures of Sabrina was obviously another fall fave of ours. Get to know one of its stars, Gavin Leatherwood, better than ever HERE.