Jazmine Lucero is an artist who should be high on your radar in 2022.

With her incredible voice and relatable pop-R&B tracks, she's a singer you won't want to take off repeat—but more than that, she's a full-package performer, with the moves and charisma to dominate every stage. In fact, we don't think it'll be long until she'll be hitting stadiums to share her music with the world.

Today, she dropped her latest soon-to-be hit, "Wish They Could." With its smooth romantic sound, it'll take no time at all to get you grooving along—and the fact it samples Color Me Badd's most iconic track, "I Wanna Sex You Up," gives it a nostalgic mood with a modern twist. Once we heard it, we just had to learn more, and we got to hop on a Zoom interview with Jazmine to find out all about her story, the song and its lyrics. Here's what she shared with us.

Sweety High: What's your story as an artist? How long have you been making music and known this was your calling?

Jazmine Lucero: What got me started in the music industry since I was a baby was my family. My whole family is super musically influenced, with dancers, performers and a lot of singers on my mom's side, so it kind of runs in our family. I've always been a dancer, but I've probably been pursuing music professionally for about seven years now, and I just love it. I love the feeling of being on stage and making people happy with your music and seeing everyone's reactions, having a good time and enjoying what you're doing.

SH: It seems that being an overall entertainer, in addition to being a singer, is really important to you. Who would you say are some of your biggest influences in bringing that kind of energy to the stage?

JL: Some of my biggest influences have always been artists who are also dancers and performers, such as Jennifer Lopez. I don't know if you've seen her in the movie Selena, but that was her big break. I feel like she made it at a later age than most artists usually do, and she's also just amazing. She's an all-around performer—a singer and an entertainer. She also pursues other avenues like acting, and she's just an entrepreneur altogether, which I definitely aspire to be someday. With my platform and my music, I hope that one day I can give people other sides of me. I love fashion, and being a girly-girl, and perfumes and things like that. That's a dream of mine, and she's already accomplished that in her life, so she's someone I really, truly look up to. 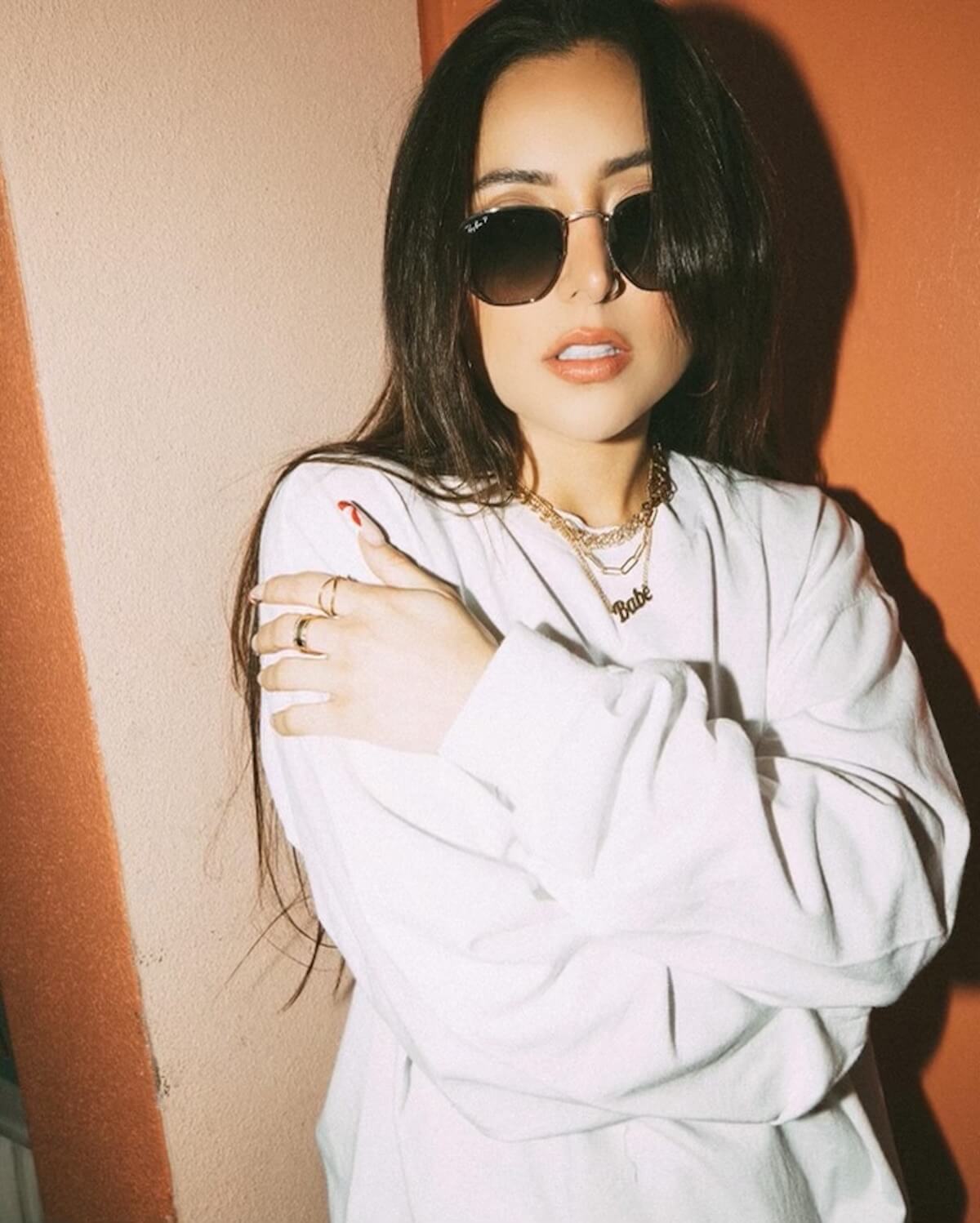 SH: Why do you think it's important as an artist to not just be a singer, but be the whole package of everything it is to be a performer?

JL: It's so important to have the whole package and be an all-around performer because if you've ever seen awards shows or just gone to a concert, it's a lot more enjoyable. It's fun, and you can let loose and dance when there's a real show going on and you have something to look at. It captivates an audience and gets them into your performance, and it gets them to really enjoy your music. I know there are artists who have really bomb ballads, too, and it's really cool to do that and sit still and have an intimate moment with an audience as well, but there's just something about being a performer. Your stage presence is a little different. You're not as shy. You can interact with your fans more. That makes it more personal, and fans gravitate to that more. I like that, too, because that helps me get to know the fans, and what they like, and what gets them excited and involved. I like that part.

SH: What's the story behind your new single, "Wish They Could"?

JL: This song actually flips a song that came out in the '90s by a band called Color Me Badd. They killed it. It's one of those songs like Carly Rae Jepsen's "Call Me Maybe." I don't know if they released more music after, but I know both me and my family were obsessed with it, and I think anyone who hears my new song coming out is going to recognize it because it has that sample in there. It's a recognizable song, and I know a lot of artists are tapping into that now. Jack Harlow just released his new song with "Glamorous" as the hook. I think it's so cool to do things like that, where people already recognize the song. And it was so fun. I love that song, and I think it's going to get people on their feet. It's cool for all ages—the concept can get a little inappropriate in parts—but I still think overall it's a great song and people are going to enjoy it so much. 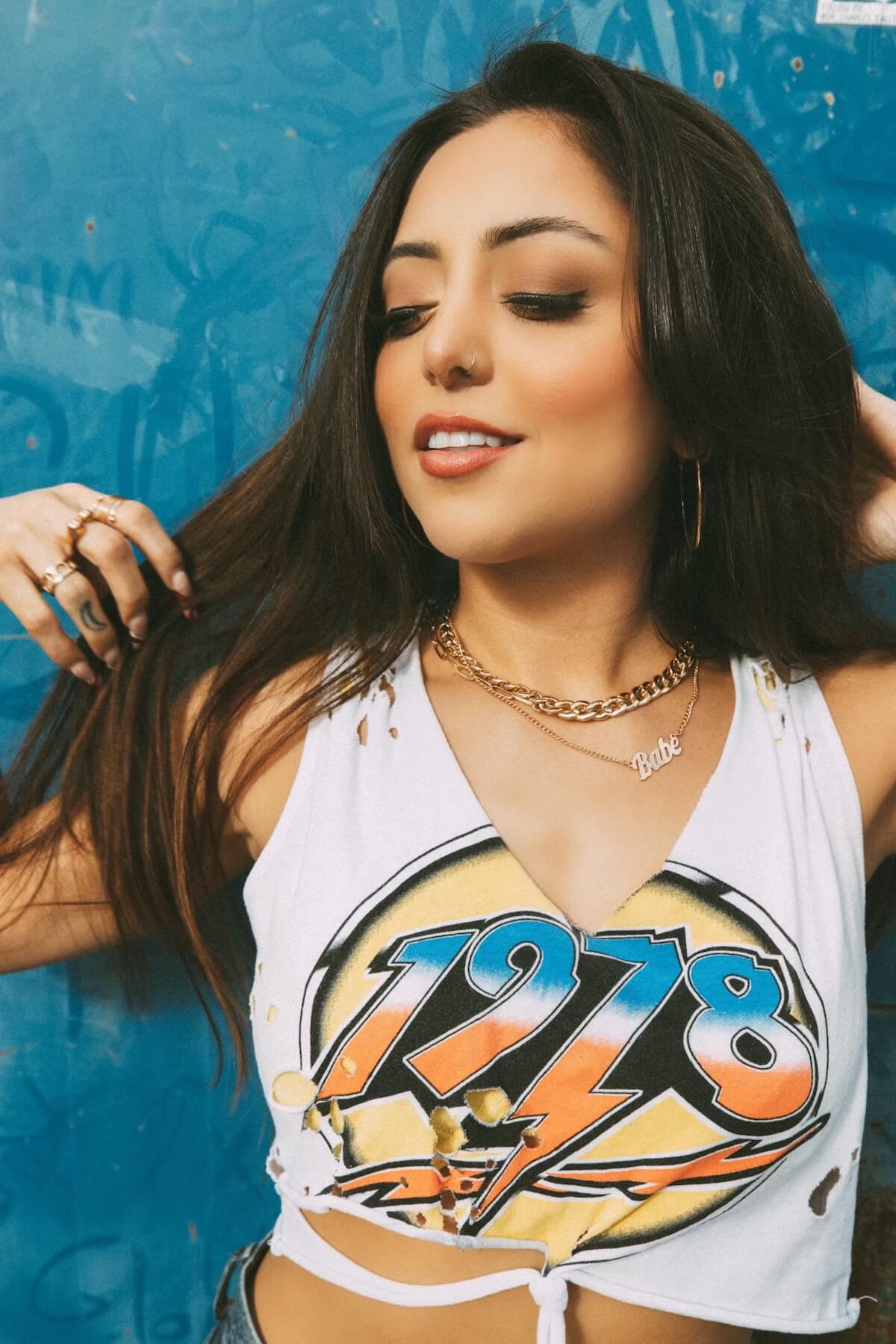 SH: What does the song mean to you, and what do you hope it'll mean to your listeners?

JL: It's kind of a sexual song, so it's pretty self-explanatory, but I also love it for the fact that it's upbeat, it's fun, it can get people to start dancing and liven up a party or an atmosphere. It means a lot to me, and it also has a connection to my family, because they love this song as well. I hope this song can connect to my fans, too, even if they don't recognize the sample or that we flipped this song—because it is from the '90s, and I'm not sure who will recognize it—that they might still love it and play it at their parties.

JL: When the song first starts, it says, "I see you there across the room, you were running through my mind all day." I like that line because it's a powerful first line that sets the mood of the entire song. You're flirting with a guy, you're seeing him there, thinking, "This guy's been on my mind. I can't get him out of my head." And then the whole night it's like, I gotta get this guy's attention. What am I gonna do?

SH: What's something you're super proud of but don't get to brag about enough?

JL: Something I'm super proud of, and I've always been this way, is that my whole life, I've put others before myself. In any type of situation, that's just who I am, and how I was raised. When I started social media with Nick, my ex-boyfriend, doing YouTube and getting my feet in the door, and having a taste of all of this, I was doing pretty well, and I took care of my family. That's one of my goals, if not my main one, here—to be able to support people I love and help them to explore avenues they want. It's crazy because most people just want it because it's their dream. And it is—it's my dream. But it's also my dream to be able to take care of my mom and my family, and you can ask anyone who's close to me. It's not something I really brag about, but it's in me. I just want everyone to come first, before I put myself there. 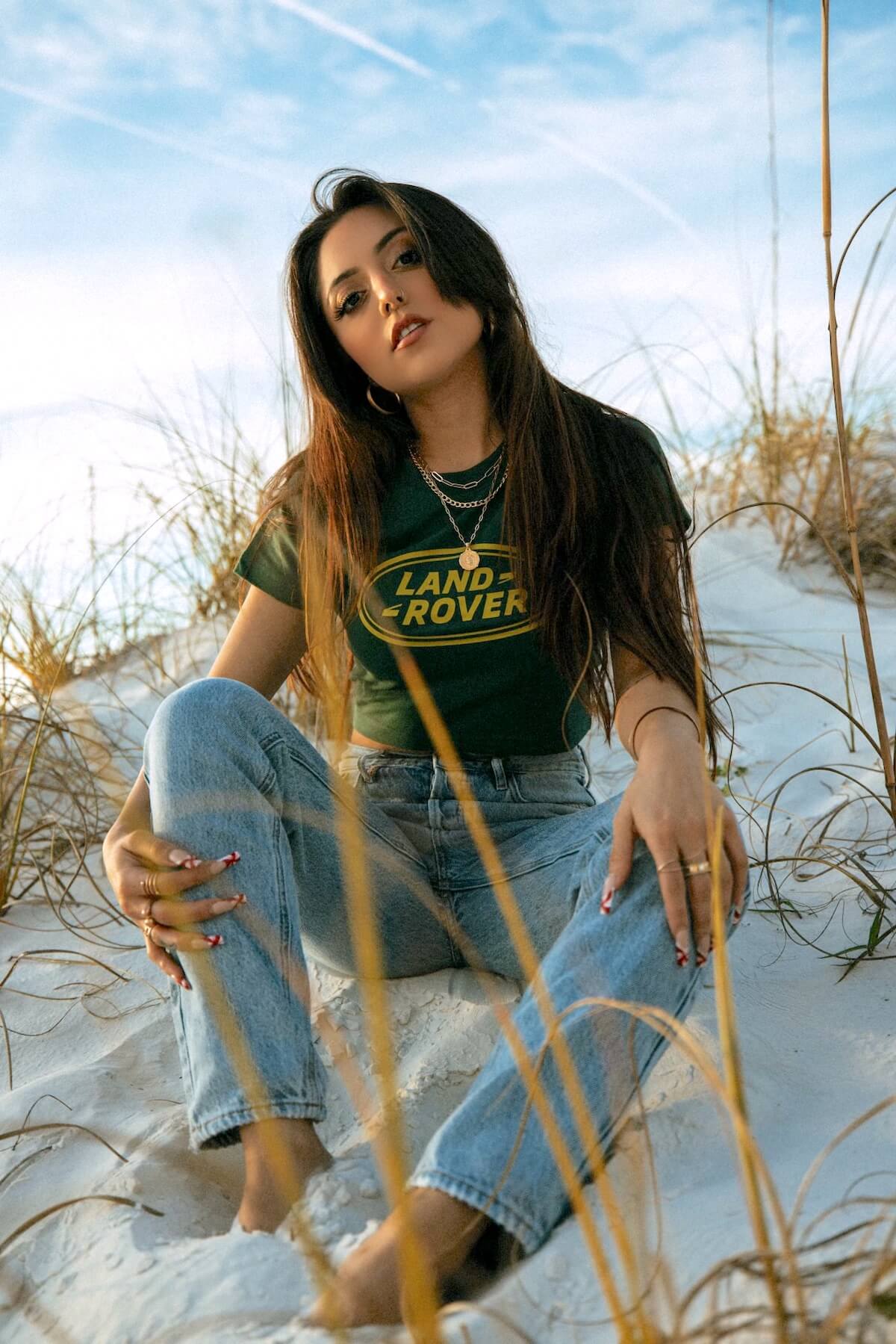 JL: I'm just really excited. We're trying to get stuff out to people more consistently, and that's new for me. I've recently been signed to an independent label, Anomaly Create, and I'm so excited to finally let people in on it to see what I'm doing. I'm excited to eventually go on tour, and the music that's coming is insane. We're working with so many new things, like the metaverse and NFTs. We're working on creating these volumetric capture videos, and people are like, "What's that?" It's so cool because we're the first ones working with it. Everything coming up is so exciting, and I can't wait for you guys to see everything.

Want to know who else we're watching very closely in 2022? Click HERE to read our interview with rising boy band Full Circle.