Whether You Loved or Hated The Last Jedi, Read William Shakespeare's Jedi the Last

So far, the author has adapted every Star Wars film, from episode one's The Phantom of Menace to episode eight's Jedi the Last. Each one carefully recrafts the events of the movies using Shakespeare's unique language and language structures, creating a work suited perfectly for the stage. We were sent a copy of Jedi the Last to check out for ourselves, and we're big fans.

But before you dig in, be warned that it's not necessarily an easy read. Like any Shakespearean play, it'll take time and a little patience to adapt to the rhythm of the book and actually absorb it as you move through the book. If you've never read Shakespeare before, you might struggle on your first read-through. The language is rich, complex and packed with meaning, and we find that it's a lot easier to comprehend if you get the chance to read it aloud and actually hear the words being spoken.

If you can get past the hurdle of the difficulties of the language, you'll find it's a delightful adaptation. It beautifully recreates the scenes from the movies while adding in extra color around certain events and a few silly jokes here and there for good measure. 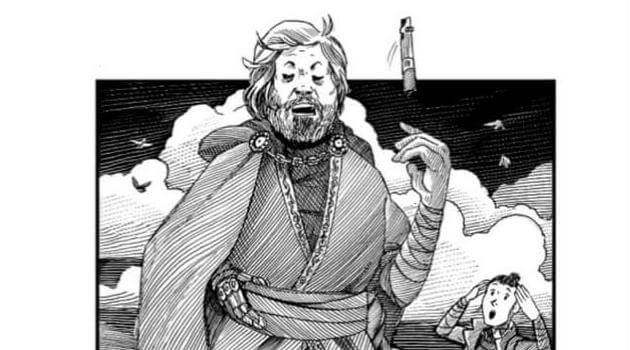 (Jedi the Last via Quirk Books)

It's also important to consider the restrictions of putting together any Star Wars film as a play taking part on a single stage. In a movie, you can cut between settings in an instant, making it possible for an epic space battle between multiple ships to take place. Since Shakespeare couldn't have possibly done that, Ian Doescher cleverly works within the confines of a stage play to allow these scenes to work. The pivotal scene between Rey and Kylo Ren as they converse from opposite sides of a galaxy through the use of the Force is actually made incredibly simple with some smart writing.

And since special effects weren't really a thing in Shakespeare's time, a lot of the action had to be adapted, too. Instead of having a narrator explain these events, or acting out galactic confrontations on the stage, much of this conflict is instead unraveled through skillful dialogue. There are even conversations between vehicles, such as AT-M6 and AT-AT walkers, as they prepare for battle.

And they're not the only ones who are given voices of their own in Jedi the Last. For example, BB-8 has full lines of dialogue consisting of what looks like nonsense beeps and boops. But this is a special book, and there's actually a hidden message in all of its lines of dialogue.

For example, BB-8's first line is "Zilf zoomflig zzwablix zoon flir blayreej bloo rooq zilf bluufit roil rooh blip blee bliczoom." This strange chain of seemingly random letters is actually a skip code. If you read only every eighth letter—because the character is BB-8, of course—you can decode the message "Many of them!"

It's a lot of fun to finally get to know what BB-8 is saying, and he's not alone. R2-D2 also speaks in robotic sounds, but its dialogue is translated for the audience in asides. Chewbacca's lines all consist of his throaty, rolling roars, but in the book's footnotes we get to find out what he's saying and discover he's actually quite eloquent. And the majestic, horse-like farriers just speak like any human character, which is an odd choice but fits in oddly well with the story at hand. 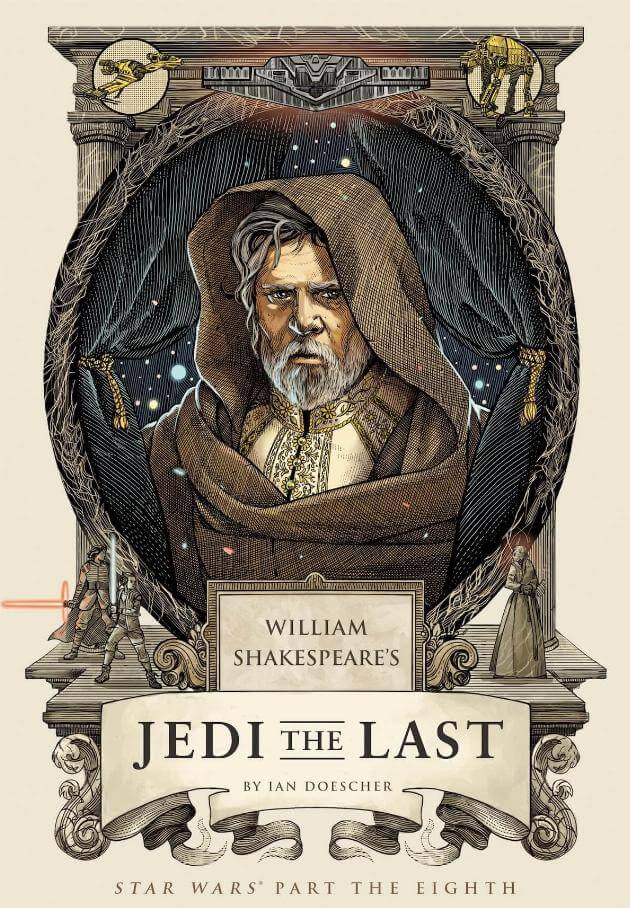 the Star Wars movies feature some pretty complex scenes between people in different ships hurtling through space, so the way that Doescher writes them to fit on a single stage is pretty clever. The pivotal scene between Rey and Kylo, conversing across the galaxy through the Force, is made super simple with the two characters accompanying the stage.

Even better, the book doesn't just play with the rules of otherwise non-speaking characters. Many main players have speech that follows specific rules. While we aren't well-versed enough in the format to pick up on every one, we did love discovering that Yoda in Jedi the Last always speaks in haiku. The unique format gives a slightly stilted, yet wise-sounding, structure to his words that feels quintessentially true to Yoda's character.

While we're ever-impressed with some of the unique literary devices employed within the book, we also love it because it's simply a good read. It retells a story we love in a way that's both familiar and totally new. The slightly different perspective makes us reexamine the movie, too.

Each page proves that the English language is a playground, and Ian Doescher uses every opportunity to the fullest. He clearly has a deep love and knowledge of both Shakespeare and Star Wars, and that's why these stories work so well. Best of all, if the story of The Last Jedi doesn't work for you, you can always pick up the book inspired by your favorite Star Wars movie instead. If you have the patience to work through the complicated bits, you're going to love it.

If Rey is your Jedi hero, click HERE for our favorite Rey quotes that make perfect Instagram captions.