Since singer Jeffrey Miller released his Rise EP, it's pretty much been the only thing we've been listening to.

And we've watched his "Live for the Night" music video about a hundred times through, wishing we had been a part of it. Who doesn't want to throw a party at their school?

To find out more about the video and his EP, we chatted with Jeffrey about the inspiration behind the vid, his favorite song off Rise and more.

He even gave us an exclusive behind-the-scenes look at the music video that you can only see here, so get to scrolling. 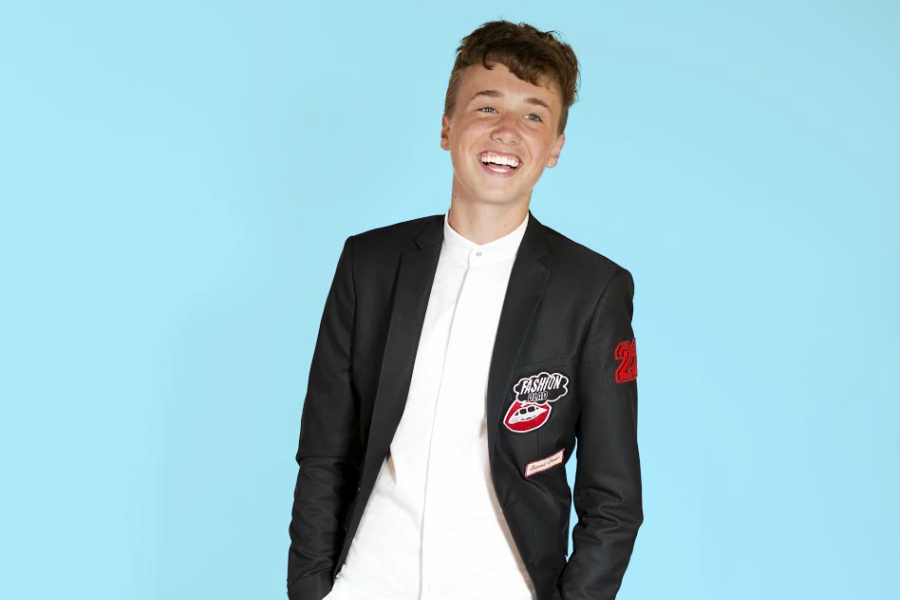 Sweety High: What's your favorite song off the Rise EP and why?

Jeffrey Miller: "Higher," because it's personal to me and I'm so proud of it. I think the message of believing in yourself and having the confidence to follow your dreams is a really important message people need to hear, and that's why I wrote the song.

SH: What was the inspiration behind the music video for your song "Live for the Night"?

JM: I really wanted the visual for this record to depict my ultimate dream-hangout with my friends. The song itself is about living in the moment, being free and ultimately having fun. I think the video did a perfect job of portraying that. In the video, we go on an adventure after sunset throughout the town and throw our own little party. We were definitely living for the night!

SH: Are there any behind-the-scenes secrets you can reveal about shooting the music video?

JM: The school we went to in the video was actually my school. It was really great to involve the community and get the opportunity to shoot at my own school. Even the janitor in the video is actually the real janitor there. The group of kids in the video are all my friends, so it was awesome that they could be a part of it.

SH: For which other song off your EP would you love to shoot a video?

JM: All of them! One of my favorite things about creating music is being able to pair a visual with it that will bring the song to life. One that really sticks out though is "Legends." I have a lot of concepts in mind for that video and think it could be a powerful one.

SH: Do you have plans to tour any time soon?

JM: Yes, touring is a big dream of mine. I hope to be able to get out on the road soon and bring my Rise EP to life.

SH: Who are your top five musical influences?

Don't forget to watch the exclusive behind-the-scenes content below to see all the fun Jeffrey had filming his "Live for the Night" music video.

If you're a fan of Jeffrey, you need to listen to Jordan Fisher. Watch his acoustic performance of his song "All I Wanna Do" HERE and prepare to fall in love.