We already have Jelly Belly Candy Company to thank for such Harry Potter candy masterpieces as Bertie Bott's Every Flavour Beans and Chocolate Frogs, and now our debt of gratitude has gotten even bigger.

Like the rest of us Harry Potter diehards, the company is celebrating the 20th anniversary of the U.S. debut of Harry Potter and the Sorcerer's Stone this year.

To do so, Jelly Belly is releasing new candy inspired by J.K. Rowling's books on Oct. 1. There are multiple additions to the collection, and they include milk chocolate wands, frogs and house crests, plus new gummies shaped like magical creatures. 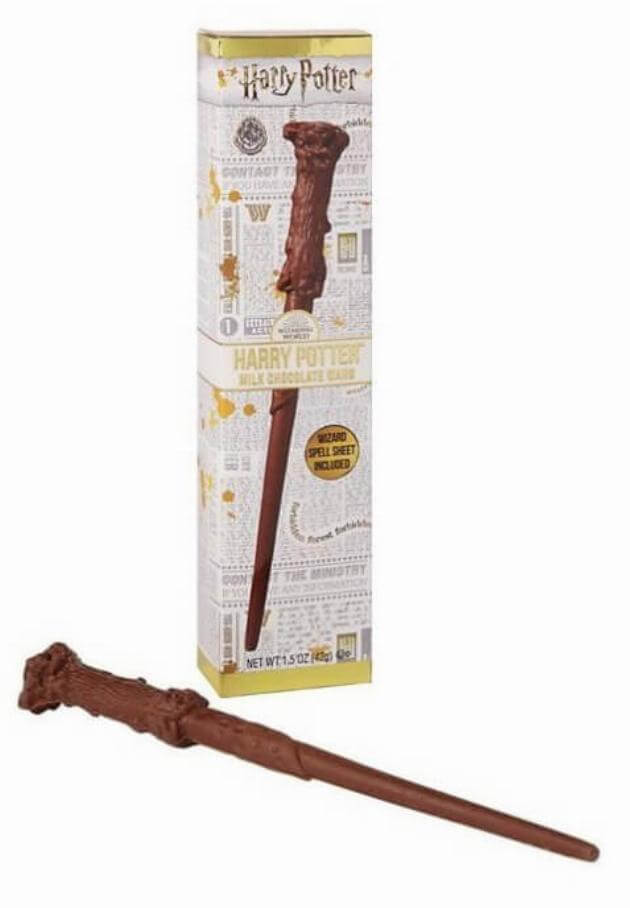 Based on what we've seen so far, our favorite item is the wand. There are four options, each modeled after the wand of a character—Harry, Hermione, Ron or Professor Dumbledore—from the books and movies. Because they're so detailed, you'd almost think they came straight off the movie set, like someone smuggled them out in an invisibility cloak.

If can't resist chocolate, you'll also probably like the Chocolate House Crests. They include crisped rice, and they come in the shape of the crests of Gryffindor, Slytherin, Ravenclaw and Hufflepuff. You can rep your own house—or just eat them all.

Chocolate Frogs are a good choice, too. Get excited for them to come in the shape of Aragog the spider, Crookshanks the cat, Fang the boarhound, Fluffy the three-headed dog, and a thestral. As usual, they come with collectible cards.

On the gummies front, you'll also soon find the candies shaped like Fang, Fluffy and Aragog. In addition to those three, there will be ones that are molded to look like Buckbeak the hippogriff and Hedwig the owl.

It's a delicious time to be a Harry Potter fan—and it especially will be come Oct. 1.

If you're going all out for Harry Potter's 20th anniversary, click HERE to see new editions of the books.