There are few foods more sacred to a Long Islander than a perfect bagel, and as anyone who knows the name Bagel Boss can tell you, everything bagels with cream cheese are the supreme choice. Now that I live in Los Angeles, a great everything bagel is no longer as convenient a find, so I stock up on Trader Joe's Everything But the Bagel seasoning to turn avocado toast and omelettes into the (almost) next best thing. However, Jeni's Splendid Ice Creams has a different idea about how to score that perfect everything bagel flavor—and it's seriously controversial.

Enter Everything Bagel ice cream, a new flavor of ice cream that mimics the taste of my most beloved breakfast item. The official description on Jeni's website describes the dessert as "buttery streusel laden with sesame, poppy seeds—and yes, onions and garlic—schmeared throughout subtly sweet cream cheese ice cream." 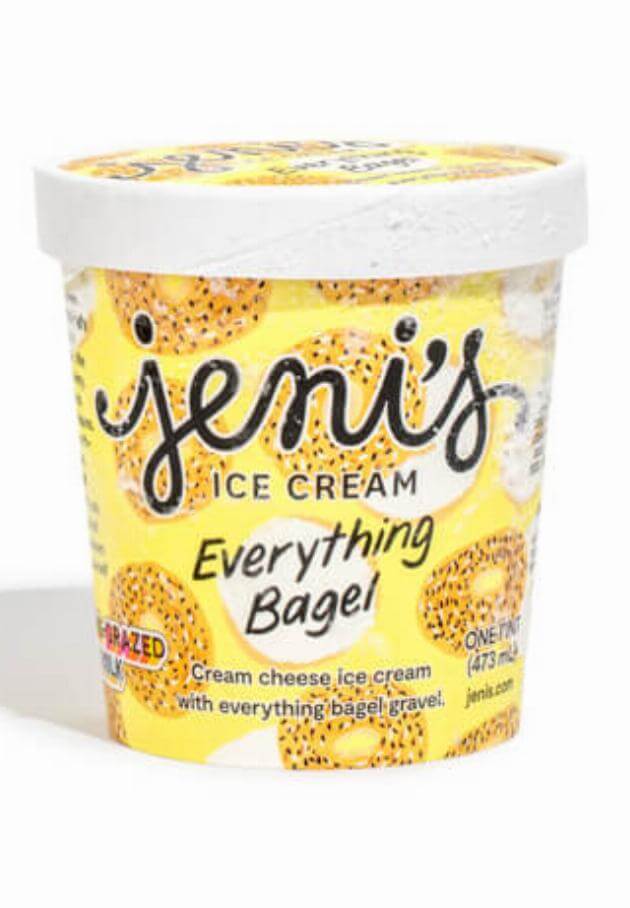 Buttery streusel? Sign me up. Sesame and poppy seeds? I can manage that. Subtly sweet cream cheese ice cream? Given that my favorite Jeni's flavor is Gooey Butter Cake, heck yes. However, that garlic and onion part? Ehh—I would have to taste test this flavor myself to see if it was as delicious as Jeni's promised.

Fortunately, thanks to Jeni's, I was able to snag a pint of the recently sold-out flavor for free. Like all of Jeni's pints, Everything Bagel comes in very Instagrammable packaging—but would the taste hold up?

First, I opened the pint and removed the paper lining. I sniffed the top of the ice cream, expecting that overwhelming smell of garlic to be potent. It wasn't. In fact, it didn't really smell like anything—odd, considering Jeni's flavors typically quite aromatic for ice cream. However, as someone a little unsure about whether or not I could stomach some garlic-y ice cream, I was grateful not to smell the ice cream first.

My first bite of the ice cream had a few pieces of onion and garlic in the mix. I'll be honest: It was not my favorite thing in the world. It wasn't terrible my any means, but I was very much aware that I was eating ice cream and not a bagel. The discrepancy made me enjoy the flavor a lot less than I may have ordinarily.

As I kept eating, however, I found that the buttery streusel—which sort of tastes like a crispy piece of a bagel—was actually pretty delicious. It wasn't overwhelmingly savory, had the right amount of crunch, and was salty enough to mix well with the sweeter cream cheese. I could see why this mix-in would have people digging in, and found myself hunting for those tiny pieces in my pint. 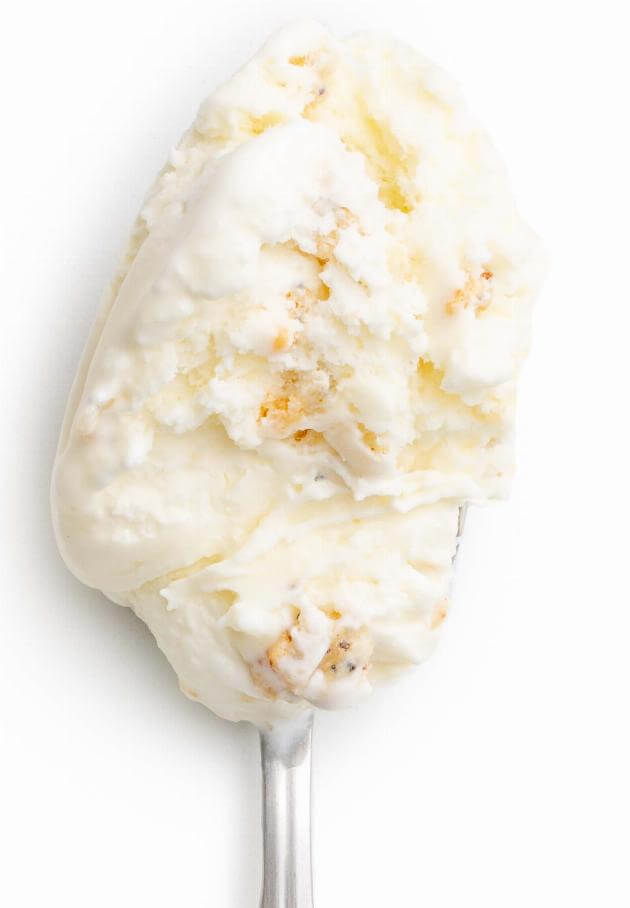 Unfortunately, as I did, I kept hitting the garlic and onions, which I did not love. I especially wasn't crazy about the not-so-amazing garlic breath I had afterwards, which I typically prepare for with an everything bagel but not dessert.

That being said, I don't think that the Everything Bagel flavor at Jeni's is a total miss—it just wasn't for me. Garlic ice cream has been around for quite a while, and if you're someone who prefers more savory desserts, you might find yourself pleasantly surprised. I know that if Jeni's ever decides to sell its everything bagel streusel separately, I'll be first in line for the topping. 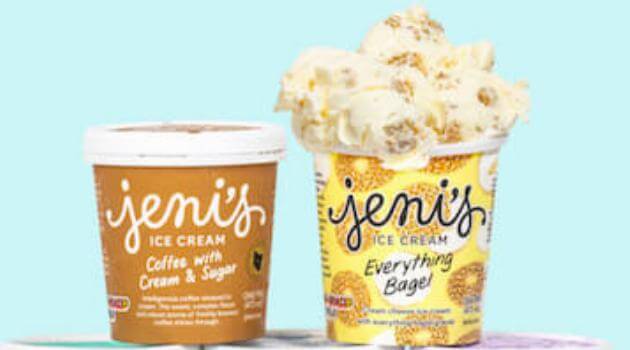 If you're into the breakfast theme but not so much Everything Bagel—or, heck, if you are, but love it so much you want to try even more that this awesome brand has to offer—you can check out the company's other "Ice Cream for Breakfast Flavors," which include Skillet Cinnamon Roll, Coffee With Cream and Sugar, Honey Vanilla Bean and Wildberry Lavender.

Want to read more about ice cream? Click HERE to read what your favorite Jeni's flavor says about your personality.