If you're a fan of 17-year-old singer-songwriter and TikTok sensation Jenna Raine, February has probably been a very exciting month for you.

On Feb. 11, the artist released a three-song bundle including her viral TikTok hit "see you later (ten years)," plus her highly anticipated track "2%" as well as a new version of "see you later (ten years)" featuring JVKE, which included a brand new male perspective in the song. We seriously can't pick a favorite between the three stunning tracks—and we got the chance to chat with both Jenna and JVKE about their collaboration and what these songs mean to them.

Sweety High: How has "see you later (ten years)" transformed from its inception to today? Do you feel like the sentiment behind the track has changed along with its tone?

Jenna Raine: The sentiment of the song has definitely changed. People have been able to listen to "see you later" and put their own meaning behind the song. They have been able to heal by listening to this song, which is such a beautiful thing. When I wrote it, I solely thought only the people who had been through "the right person, wrong time" would connect to it, but that just hasn't been the case. I've heard so many different stories from people and seen so many touching videos made to the song. It is definitely resonating with people in a way I would have never imagined.

SH: How did this collab with Jenna come about?

JVKE: i'd stumbled across the song a few weeks prior to the collab and i loved it. it just so happened that jenna wanted to do a remix, but i was already a big fan of the song. our teams connected and made it happen in no time!

SH: Why did JVKE seem like the perfect fit for a duet version of the song? What do you think he adds to the track that wasn't there before?

JR: First of all, I totally thought I would have to write the male's perspective for the feature. When JVKE was brought up, I knew him as an artist but wasn't sure he'd want to write his verse. When we asked if he wanted to do the feature he said to give him a day. Quickly, he came back with his remix of the song and it was phenomenal! I love the verse he wrote! JVKE definitely exceeded my expectations. I am so honored I was able to work with such a talented artist. He added a completely different perspective and tone to "see you later." 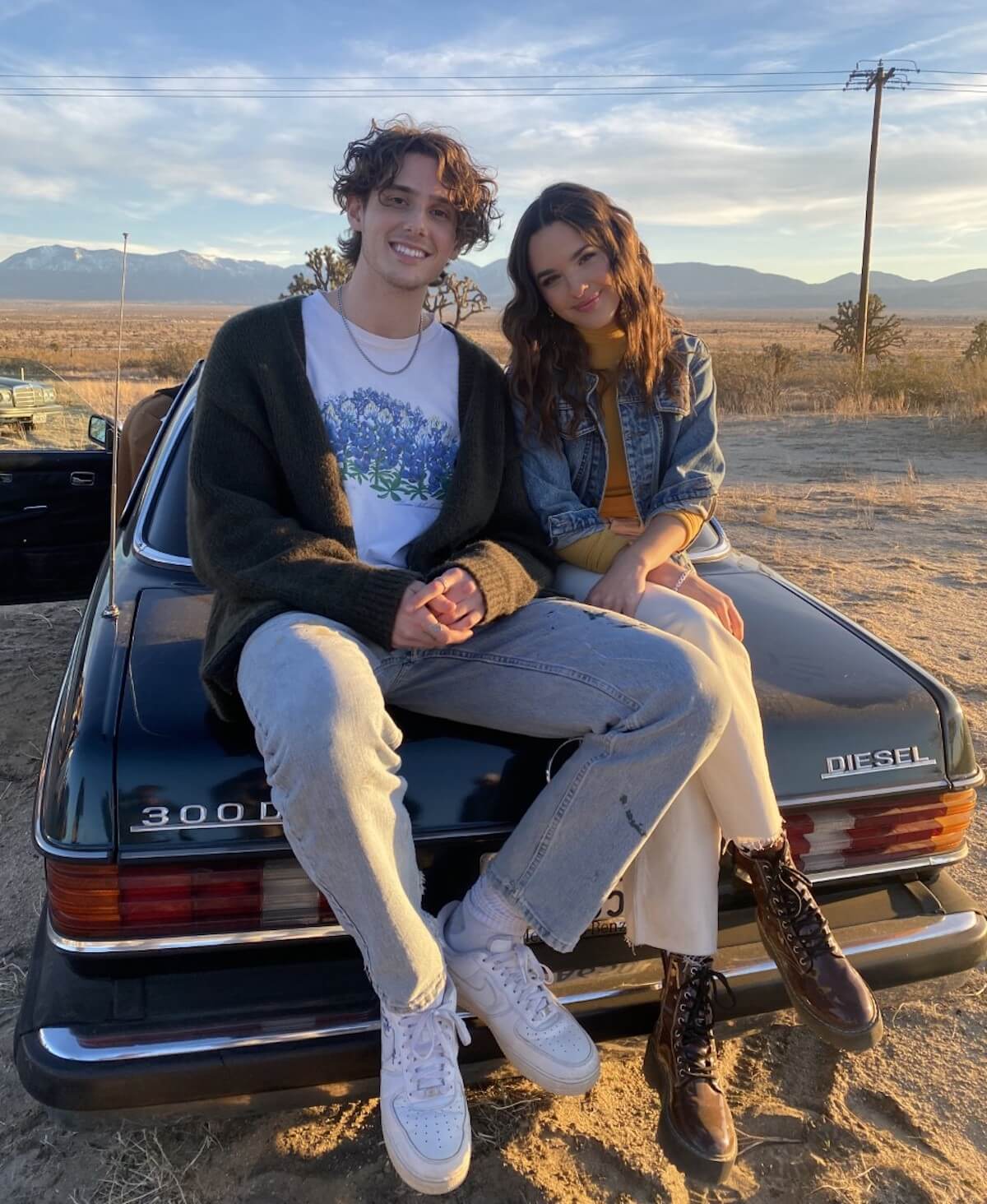 SH: What was it like to add your own perspective and twist to the already beloved song?

JVKE: i just tried to imagine how i'd feel from the guy's perspective and the lyrics just started to flood my brain. it came from an honest place, so it kind of felt like therapy.

SH: What was the best part about working on this collab?

JR: He is one of the kindest and most respectful guys I have ever worked with in the industry. Filming the music video was an absolute blast and I genuinely had such a good time. Having another artist there to talk to and hang with added this sort of comfort. Sometimes being on a time crunch on set is stressful, but not doing it alone (for once) was so nice.

JVKE: she's super talented and fun to be around. the vibes are always great around her!

JR: "Luckily for you I'm patient," is probably my favorite lyric. I think it perfectly tells the story of not moving on and having the patience to wait for the right one.

JVKE:  "guess time wasn't in our favor." so relatable! 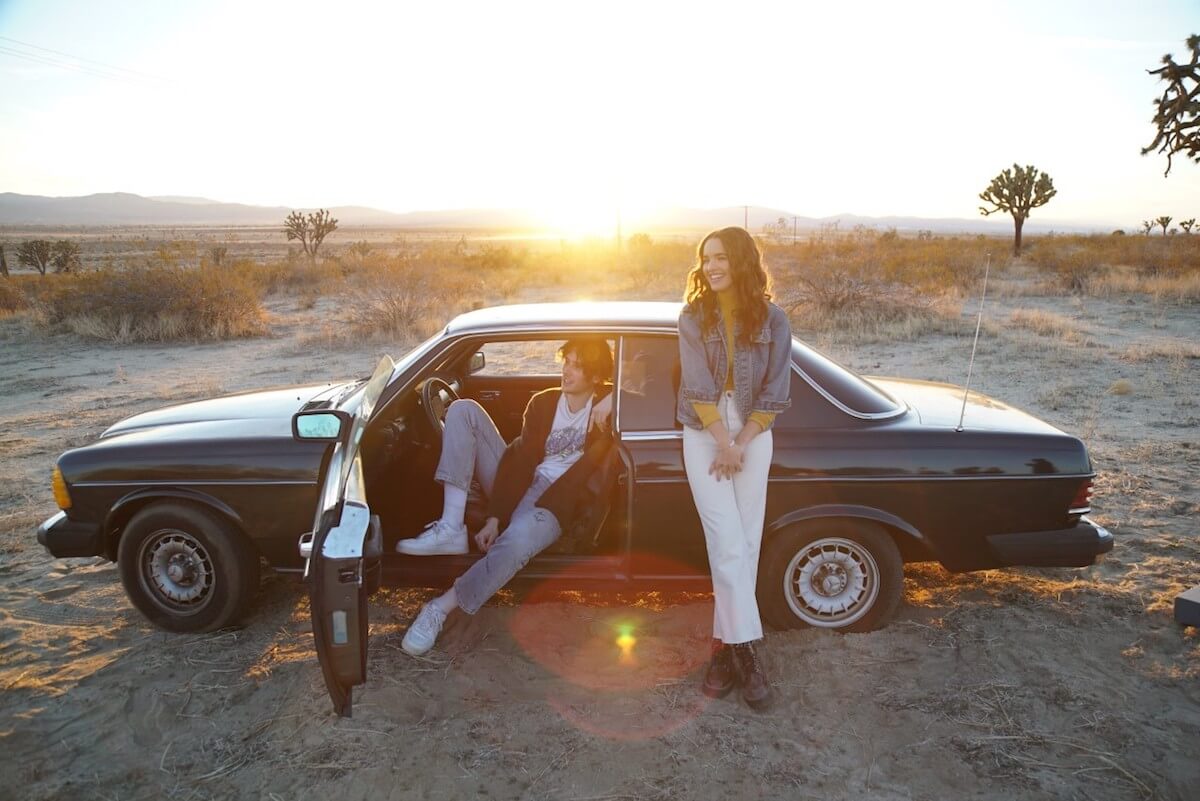 SH: Fans have been eagerly awaiting the release of "2%" for a while now—what does it feel like that fans are finally about to hear the final version?

JR: It is so exciting to have this song finally out! It's been a few months since I posted the original video. We were definitely not expecting people to make a trend out of the original audio. The song wasn't anywhere near done! I was able to finish the song with one of my favorite writers and producers—Nathan Chapman. I'm so happy everyone loves this song as much as I do! Everyone has had nothing but positive things to say about this track which makes me so happy.

JR: When I say "2%," I am referring to the statistic that only 2% of highschool sweethearts get married. 2% to me means having hope in young love. Even though the chances are slim, it doesn't mean you can't try.

JR: I am so appreciative to every single person who has supported me through this journey. I know "2%" took a while, but we have so many songs almost ready to be released. More and more music is on its way!

JVKE: i always wanted to do a ballad duet with a girl. i'm so happy with how it turned out!

Obsessed with Jenna? Click HERE to find out everything we learned about her as our Woman Crush Wednesday.