Jeremy Shada is a 17-year-old actor and the voice behind Finn the Human on Cartoon Network's cult animated series, Adventure Time, which attracted a rabid and diverse audience of all ages. The show has won two Primetime Emmy Awards and been nominated for many more. 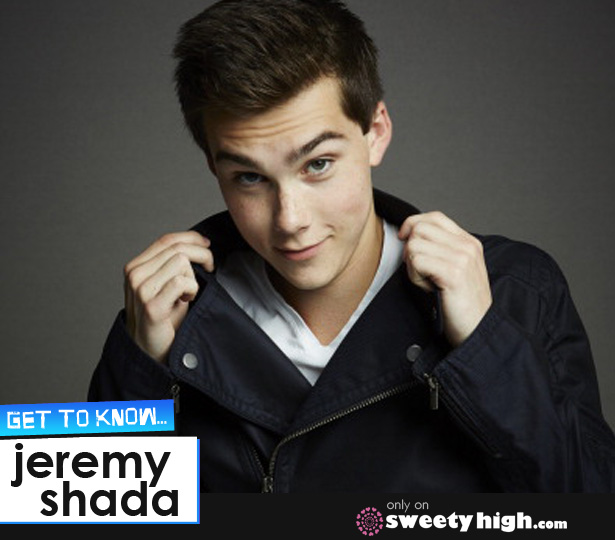 But what exactly is the secret to Adventure Time's success? In a recent interview, we asked Jeremy all about the show, its origins, its massive fan following and much more!

"It kind of started as a show separated into these fun little crazy stories, and over time it's had these story arcs and gotten into the back story of everything," Jeremy explained. "It's turned into something so awesome. I love that it's still going strong."

Jeremy said that, unlike the casts of many other animated shows, the entire Adventure Time cast typically records their vocal work together in the booths.

"For the most part, everybody there that day for the episode is there recording," he said. "We have almost the entire cast there recording, which is awesome because we all get to play off each other. There's a lot of chemistry and comradery there."

That special spark between the Adventure Time voice actors really shines through in the creativity and atmosphere of the show.

"The cast and crew and just everybody that's involved are always giving 110 percent," he said. "I think the reason it's so successful is because it appeals to such a wide audience. The animation style is very, very colorful, very bright and vibrant."

"We've had some really cool ones," Jeremy said. "Obviously, I kind of fanboyed a little bit when Mark Hamill was on the show. That was awesome. Also Rainn Wilson, who played Dwight on The Office, had a guest star part."

Rainn Wilson played Rattleballs, a robotic gumball machine and sword fighting master. Jeremy, a huge fan of The Office, had a blast working with Wilson.

"When he recorded, he sat right next to me and I was like 'Oh my gosh!'" Jeremy said. "And he was asking me tips on how he should be turning his pages and stuff. I was like 'Dude, you're freaking Rainn Wilson! Why are you asking me for advice?' It was awesome."

And although Adventure Time airs on the kids' animated network Cartoon Network, it's attracted a fan base that spans generations.

Jeremy said that young kids are drawn in by the show's brightly colored and innovative animation, and stick around for great stories. Teenagers and adults love the comedic elements of the show.

"There's a lot of over-the-head humor and social commentary in there that's kind of snuck in," he said. "Of course there's the zaniness of it and the randomness, and I think, especially as we're going further and further in the show, you see more of the post-apocalyptic back story of everything and the dark undertones and the story arcs. The characters are actually aging and getting older and changing."

Those are just a few of the reasons Jeremy believes the show has been such a cult phenomenon.

"It's kind of crazy," Jeremy said. "In acting, things that you expect to be huge aren't huge and the things that are kind of unpredictable are massive and become phenomenons. When I first started on Adventure Time, I was like 'Oh this is a cool little animated show.' I didn't really expect much of it."

Jeremy didn't even realize the show had very many fans until he went to San Diego Comic Con in 2010 to talk about Adventure Time's in its first year.

"Right as I walked on to our massive panel in San Diego, I just look out and see this huge, massive crowd of people just screaming and they all had Finn hats on," Jeremy said. "I was like 'Wow, okay. This is a pretty big thing, I guess.'"

Since then, the show has become a global sensation. In fact, Jeremy said that one quarter of the massive IMG Worlds of Adventure theme park in Dubai will be dedicated to Cartoon Network, with an emphasis on Adventure Time.

"It's super epic," Jeremy said. "There will be Adventure Times roller coasters in this massive, indoor park. It's crazy."

A bullet train in Taiwan was also painted up like Finn and Jake to promote the show.

That continued popularity also helped Adventure Time get renewed for a seventh season in July.

"I'm so stoked!" Jeremy said said. "I don't think any show on Cartoon Network has ever gone that long. It's cool being a part of this long-running show and seeing it keep going and going. It's still getting bigger and I'll keep doing it as long as it's a thing."

Season 6 is currently airing on Adventure Time on Cartoon Network! Stay tuned for more interviews with Jeremy Shada and much more, and join our Adventure Time fan club at Sweety High!