Actor and musician Jeremy Shada is branching out and doing something different in 2021, and we couldn't be more excited.

He might be best known for voicing Finn on Cartoon Network's Adventure Time or being the bassist in the pop-punk band Make Out Monday, but he's recently begun a solo musical career. Based on what he's released so far, it's clear he's going places.

Last week, he dropped "This Feels Right" and its magical music video. It's just one of the tracks that will appear on his upcoming debut album, Vintage, and we got the chance to ask him all about the video, what to expect from the album and why everything in his life "feels right" right now.

Sweety High: What was the songwriting process behind "This Feels Right"?

Jeremy Shada: "This Feels Right" started as a way to flesh out the happier tones and themes of my upcoming album Vintage and it was one of the last of two songs recorded! I started with the song title and knew I wanted to do something that sounded like a '70s pop song. I think it was the song I had the most fun working on because it didn't need to be a single since I thought I already had my singles (I was wrong!). There wasn't any pressure on it and ironically that's what led to it being one of the most organic and fun songs on the album.

JS: "This Feels Right" is all about that feeling of knowing you've found the right person and even though you can't put into words how you know they're the right person, you just know that it feels right. Even though my wife was the inspiration behind a lot of the song, I wanted to write the song in a way that describes a lot of people's relationships. I think putting in specific details from our relationship is fun because it adds a unique lyrical flavor, but I also wanted it to be relatable for anyone who has experienced that feeling with their significant others.

SH: Sonically, how did you go about translating that idea into music?

JS: There's such a simple but fun vibe to '70s pop songs and they make me wanna dance every time I hear them. I think it's the same with being in the kind of relationship the song describes. When you're at your most comfortable with someone you can just be yourself and dance without feeling self-conscious. So taking inspiration from the Jackson 5 and the Bee Gees helps elevate that dance quality. I wanted to make a song that any couple could have fun goofy dancing to. 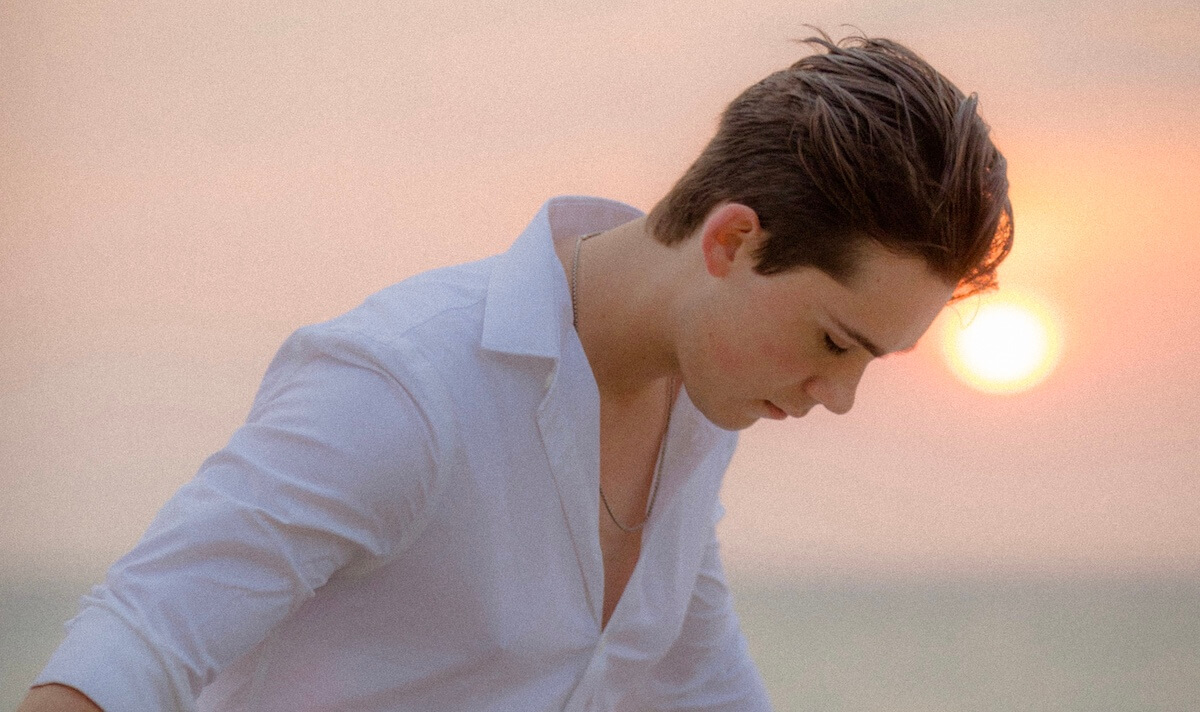 SH: What are some of the things in your life that "feel right" right now?

SH: When it comes to relationships, how do you know when you're with the right person?

JS: It just feels right! Sometimes it's impossible to describe how you know someone is the right person. Moreover, even if you can list plenty of reasons, there's still an element that you can't quantify with words at times. People say when you know, you know, and I think that's fairly true. For me, I feel like God made it very clear that Carolynn was the one I was going to spend my life with. I'm a man of faith and especially looking back now, everything in my life really led to me meeting her and it's been the best thing that's ever happened for me.

SH: What was the best moment from the music video shoot?

JS: Definitely running into a trash can in the middle of Disney's Magic Kingdom! Generally, in the editing process you would clip out parts that are embarrassing or goofy but for this video, I wanted to show what our relationship really looks like (goofy, embarrassing moments and all). I think that's the whole point of the song—being genuine—and the video is just us showing what one of our little adventures looks like.

JS: I'm sure my answer to this will keep changing but for now I like the alternate final chorus lyric—"I know I'll lose every single fight 'cause you're always right, how are you always right?" Which I'm sure many people can relate to. Carolynn is always right (even when I really wish she wasn't). You can either get annoyed by your person always being right or accept it and realize they make life better!

JS: I'm just so excited for my fans to finally get to hear my whole album on October 1. Vintage is a huge milestone for me and I could not be more stoked. It's a very unique album. The album is really a fictionalized ride through my life as well as sonically a ride through decades of the best music eras. It's my passion project and I can't wait for fans to stream it.

If you're a massive Jeremy Shada fan, click HERE to find out everything you wanted to know about Jeremy.