Jessica Sanchez found fame after appearing in the 11th season of American Idol, where she was the runner-up. In honor of her unforgettable new music video, "This Love," we spoke with Jessica to get an insider look at her experiences! 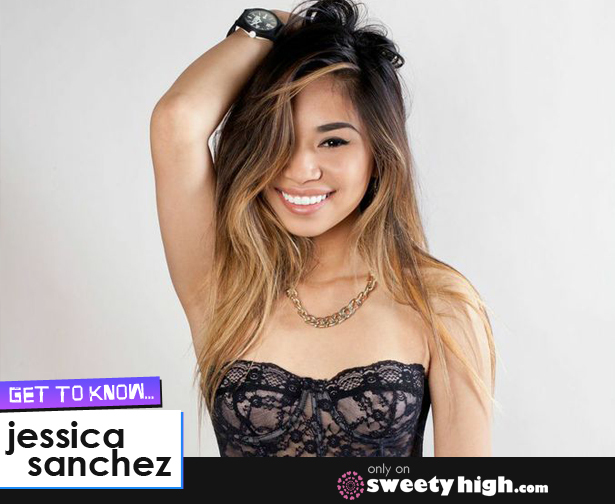 "I felt American Idol was a great platform," Jessica told us. "It really was like boot camp. Always on the go. It was a great experience and I've learned so much from that."

"When Mark played me the song, I absolutely fell in love with it," she said. "I just loved how fun and creative the lyrics were. Just a feel good song."

The music video for "This Love" was directed by Gab Valenciano, who also directed Beyoncé's groundbreaking "7/11" music video.

"It was definitely something," Jessica said. "It was shot in two days. We ran around L.A. and just had a bunch of fun filming a date with me! Surprisingly, a lot of the things that we did I've either never done before or I was just terrible at. The whole message of the video was just celebrating love."

Jessica said that the thee biggest musical influences in her career have been Rihanna, Beyoncé and Michael Jackson.

"It's not just their voices I love, but all of their accomplishments and uniqueness," she said.

Jessica's "This Love" music video is absolutely amazing, and it's not the last we'll hear from her! She's recently been spending tons of time in the studio.

"[I'm] preparing to release new music in the near future for all of my loves!" she said.

And because Jessica is so adorable, we asked her to share some of her style and life secrets! Check out her answers below and let us know what you think in the comments and in our community at Sweety High!

What is the weirdest thing in your purse right now?

What beauty products could you not live without?

Do you have any unusual or secret talents?

3. You guys saw the video… I'm pretty bad at a lot of things. I am pretty good at video games though