You may know Jet Jurgensmeyer as an actor. He's starred in films including Disney's Adventures in Babysitting and Nickelodeon's Legends of the Hidden Temple, but he's gearing up to launch into a new career in music.

His first single releases in a week, and it's called "Everything Will Be Alright." We caught up with Jet ahead of the big day to find out his biggest musical inspirations and what the song means to him.

Upcoming  single: "Everything Will Be Alright" 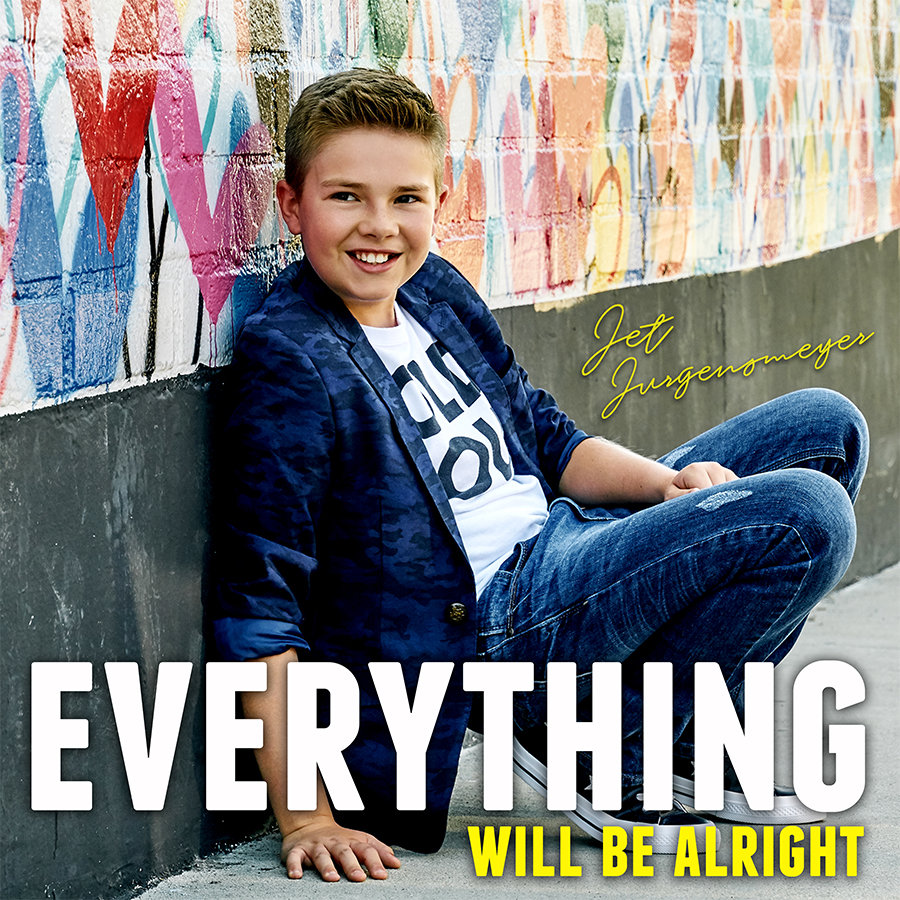 What "Everything Will Be Alright" means to Jet:

"This is the first song I've released, so I'm very excited about that. It was one of the first I fell in love with and wanted to record. The meaning of the song for me is that there will always be hard times in your life and things that don't go your way. It could be as simple as losing a ballgame or as difficult as a serious illness. You just have to remember to keep having a positive attitude that things will get better and believe that things will be alright. I wanted this song to have that positive, fun-loving feel and message." – Jet Jurgensmeyer

"My parents are definitely my biggest influence in life. Musically, I love so many different genres. I go from George Strait to Shawn Mendes and everything in between. I always say, 'Good music is good music, no matter what type.'" – Jet Jurgensmeyer

"Since I started my music career in Nashville, I think that Bridgestone Arena would be the best. I have gone to so many concerts there." – Jet Jurgensmeyer

"I would love to do a country duet with Miranda Lambert because her voice is so intersting and unique. For something more pop, Sabrina Carpenter.  We've worked together in the past and I love her voice and the feel she puts into all her music." – Jet Jurgensmeyer

"I love so many different songs. Some of my favorites are Harry Styles' 'Sweet Creature,' Charlie Puth's 'One Call Away,' Chris Stapleton's 'Broken Halos,' Florida Georgia Line's 'Holy,' and of course, Ed Sheeran's 'Perfect' and 'Photograph.'" – Jet Jurgensmeyer

"I hope to create music that everyone can relate to and have fun with. I want to continue to grow as an artist and get better at what I do. To me, success is seeing people with smiles on their faces. If I can do that and have fun in the process, then I won't have to worry about any other stuff." – Jet Jurgensmeyer

"Everything Will Be Alright" officially drops on Jan. 26!