Just because Doctor Who doesn't return to TV until 2020 doesn't mean that you have to wait that long for another adventure with the 13th Doctor.

If you can get enough of the exploits of Thirteen, Yaz, Ryan and Graham, then we highly recommend Jody Houser's Doctor Who: The Thirteenth Doctor comics. A New Beginning, Hidden Human History and the ongoing Old Friends all tell exciting in-canon stories about the Doctor and her companions, and we can't get enough of them.

At this year's San Diego Comic-Con, we had the opportunity to sit down with Jody to find out what it means to write for such a beloved franchise and why understanding the characters is so key to writing a story that works.

Sweety High: With more than 50 years of Doctor Who history and the infinite possibilities of a series that travels through time and space, how do you even decide where and when to take the characters next?

Jody Houser: For me, the heart of it is always going to be the character of the Doctor and the companions they're traveling with at the time. Generally, I think all story needs to stem out of character. I look at the Doctor and their companions and think about what would be really interesting situations to throw them into. What's going to be really difficult for them? What's their worst nightmare? And I see where I can go from there. And sometimes, in Doctor Who, if you have a random, fun time travel idea, that's also a great place to write from. 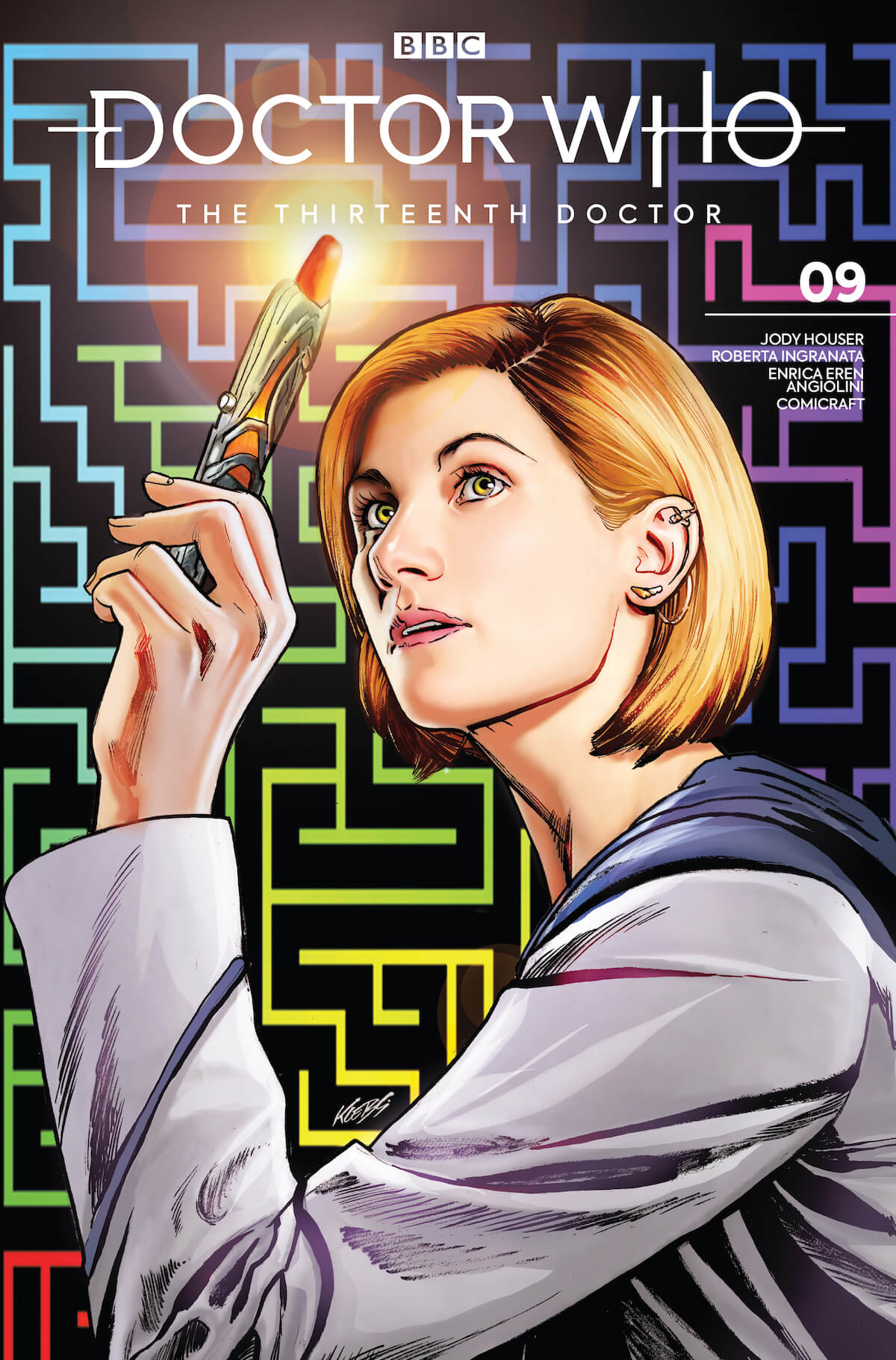 (Doctor Who: The Thirteenth Doctor via Titan Comics)

SH: What was the process of writing for the 13th Doctor before anyone knew much about her? What have you learned over the last season that's informed the story further?

JH: At the heart of it, she's still the Doctor. The personality gets filtered through each regeneration, but they're still going to be the Doctor deep down and have all the memories that shape who they are. When I stayed focused on that, writing specifically for Jodie's Doctor was very much about learning her vocal mannerisms, because that's most obviously her on the comic book page.

To me, the most interesting thing this season was seeing how the relationships with the companions evolved. I loved seeing Ryan and Graham bond over the season because they obviously weren't coming from the best, healthiest place in the beginning. They were both dealing with tragedy, but everything they went through and all the weirdness eventually brought them together, and now Ryan calls Graham "grandad." I love things like that. I love that you can still have these really human, personal moments even in the midst of crazy sci-fi stories. 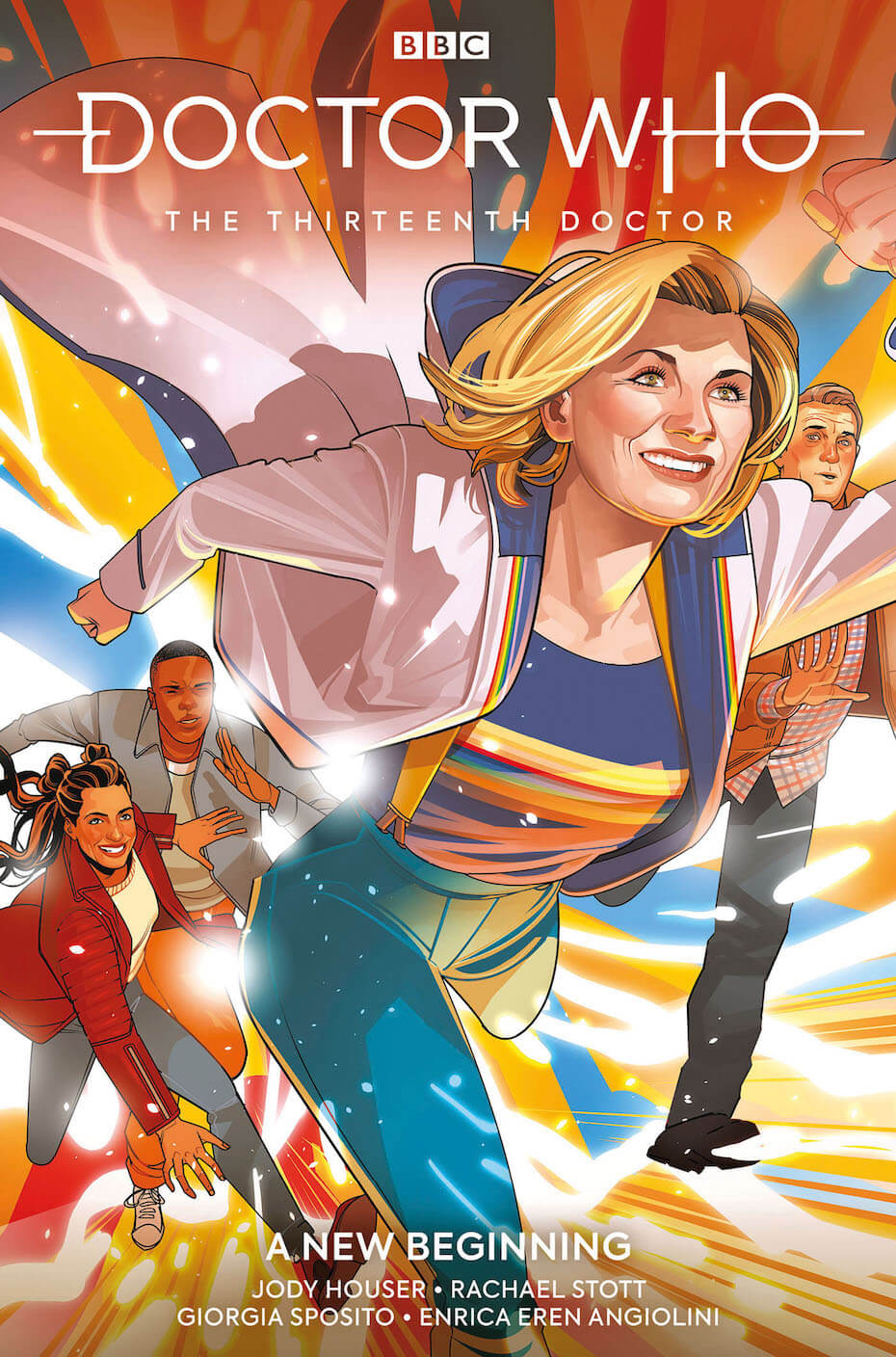 SH: The companions are such a critical part of the 13th Doctor's story. How do you write for them?

JH: I really like when the Doctor can take a look at each one of them and know exactly who to turn to for different things in different situations. Yaz is probably the best example of that, because any time they're in a situation where they need to have—or pretend to have—an authority figure, the Doctor points to Yaz because she has that law enforcement background. That's a world that she knows, even if it's not happening on a world that she knows. That's a language she can speak with some authority, pretending she has authority even when she doesn't.

And of course, Graham is so snarky and witty and always has those fun little asides, so it's wonderful to get to see his perspective. And then Ryan is so heartfelt, but he's also the one who's most likely to make a geeky reference about wherever they're visiting. It's wonderful to get to see everyone's perspectives and how the Doctor interacts with them each a little differently. 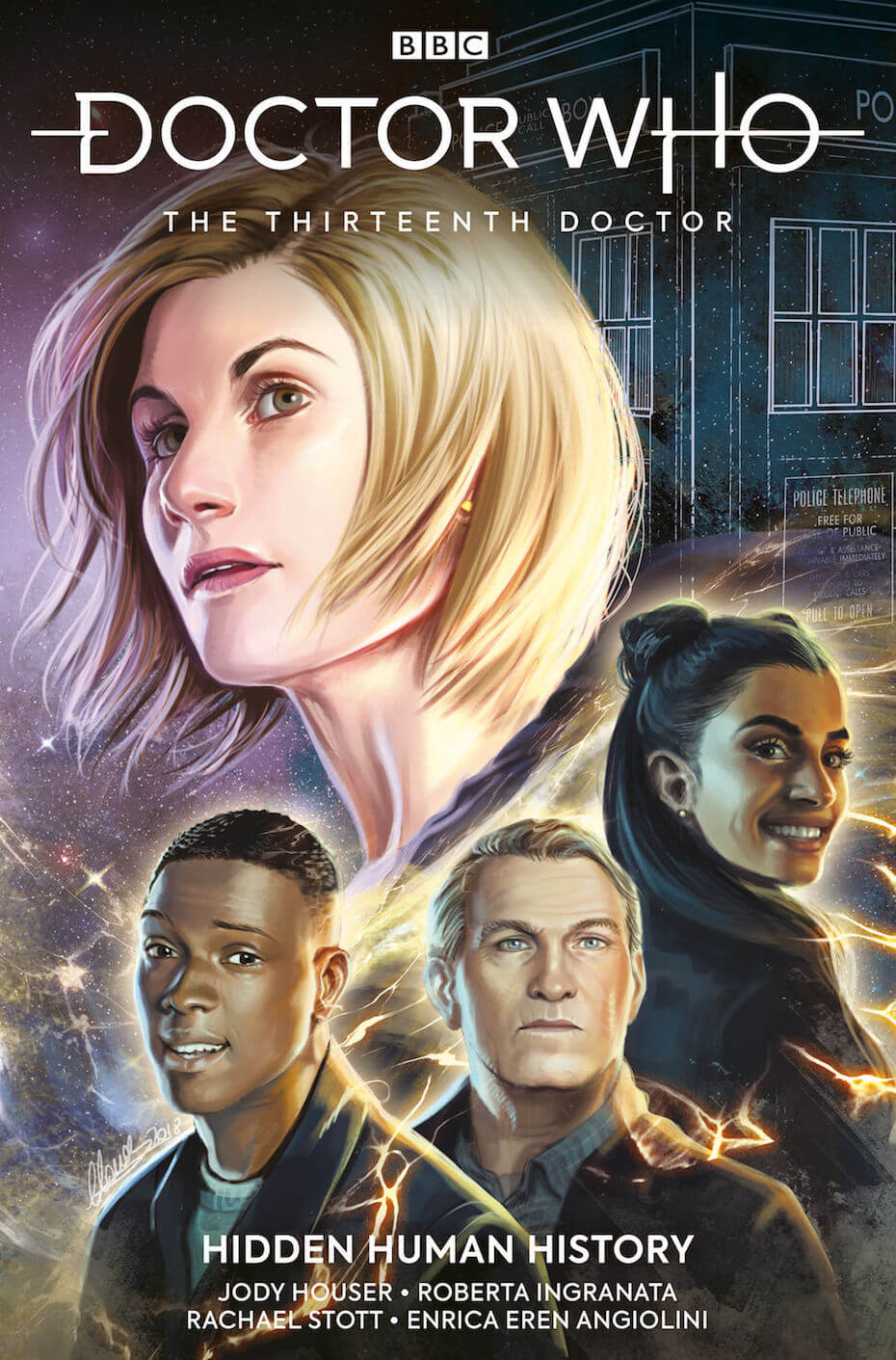 SH: You've worked on comics for Star Wars, Stranger Things and Doctor Who among others. What's the hardest thing about adapting existing franchises to new comic book stories? What's the most fun part?

JH: The toughest part is making sure you're not being too precious about anything, because at the end of the day, the story you're telling has to serve the medium in which you're telling it. If you're adapting a movie into comics, you might have to take out, or shift, or alter some stuff you really liked because it just doesn't work in the comic. At the end of the day, the job you're doing is making a good comic book.

Maybe the most fun thing is getting the opportunity to see what characters look like that you've only heard about or maybe read about in a book. Getting to do the Corsair in Doctor Who was a huge one for me, because now we have her first canon appearance—besides an arm that someone else was wearing.

SH: What was your reaction when you realized that the actress playing the Doctor [Jodie Whittaker] had the same name as you?

JH: It took me half a day to figure that out because when I look at her name, I don't see my name. She spells it a different way that I happen to consider wrong! I've joked that whenever I finally get the chance to meet her I'll probably ask how she feels about having her name spelled incorrectly. It's one of those lovely little coincidences, and it just makes me feel that this was the time I was meant to step in and write Doctor Who.

SH: Anything you can tease about your upcoming Doctor Who stories?

JH: There was a little snippet we teased at San Diego Comic-Con earlier today which was two words: "Happy Christmas."

JH: I'm always grateful that people are willing to give comics a chance, especially if they haven't read them before, but they're now checking them out because they love Doctor Who or Stranger Things. Honestly, I just hope people dive into comics and keep reading.

SH: On that note, any tips for Doctor Who fans who are a little intimidated by the prospect of getting into comics?

JH: I can be very self-serving, and say start with the 13th Doctor comics! But I think having trade collections can really help. There's also an omnibus size for some of the other Doctors you can pick up that are really nice hardcover books with a big chunk of story all in one place. Those are great for newer readers because you don't have to worry about missing anything. They give you a nice, solid story with a beginning, middle and end in one book. Find a trade you think would be interesting and give it a shot. Then, once you feel like you're in a good place, you can start reading it month by month.

Not properly caught up on Doctor Who? Click HERE for everything we learned about Jodie Whittaker as the 13th Doctor at last year's Comic-Con.