We're not sure if anyone but director duo Joe and Anthony Russo could have pulled off Avengers: Infinity War and Avengers: Endgame like they did.

The Russo Brothers are now renowned for their iconic take Marvel's most influential films, and their massive San Diego Comic-Con panel last week focused primarily on their impact on the beloved franchise. Throughout the panel, they answered silly questions as well as piercing ones and teased what's next. Keep reading for our favorite takes, but be warned that there are some major Endgame spoilers ahead if you're not up to date.

With four huge MCU flicks under their belt, the Russos know the cast of heroes as well as anybody. One of the first questions from moderator Steven Weintraub was about which Marvel actor has ruined the most takes.

They also felt compelled to mention the one person who never ruins a shot.

"Scarlett [Johannson] can always nail it in one," Joe said. "That's why she's Black Widow." 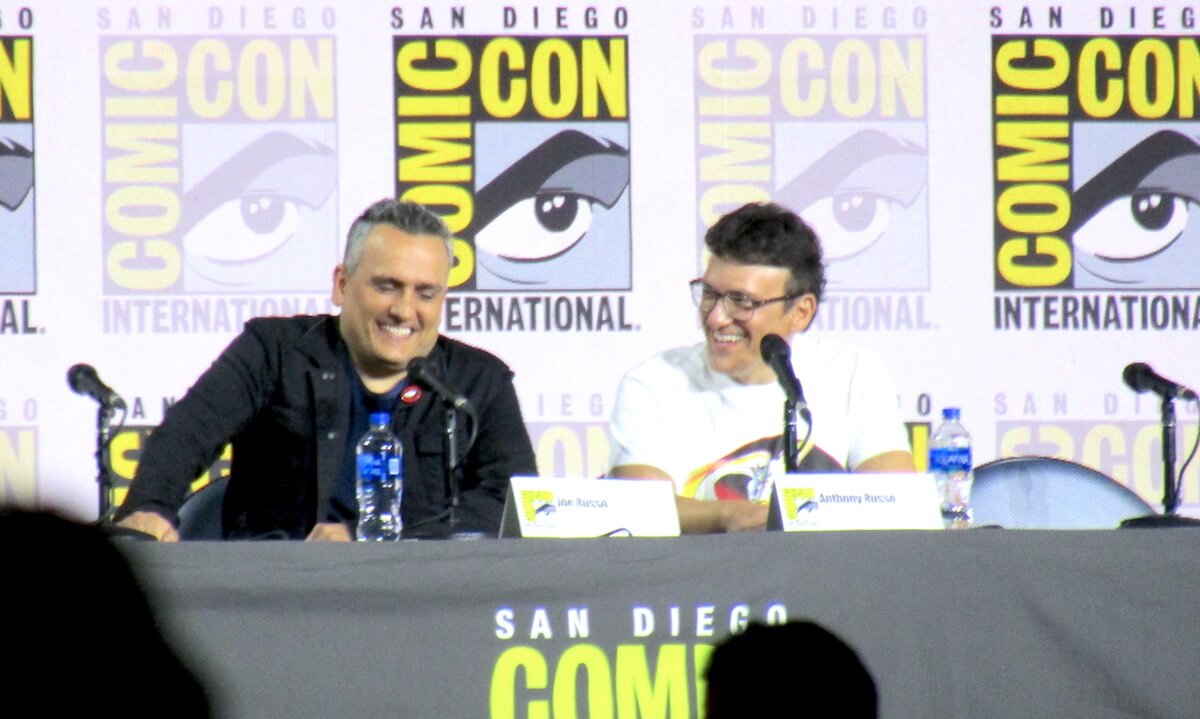 No one could have predicted Thanos' big win at the end of Avengers: Infinity War, resulting in half of our heroes disappearing into clouds of dust. According to the Russo Brothers, getting the look of the snap's aftermath just right was the toughest visual effects question in the whole movie.

"I think it took a while to understand what it would look like," Joe said. "We went through a really iterative process of trying to figure out visually how to represent that in a way that felt satisfying and fulfilled the idea that they were disapparating and not just falling dead—that the essence of who they were was being absorbed into the universe." 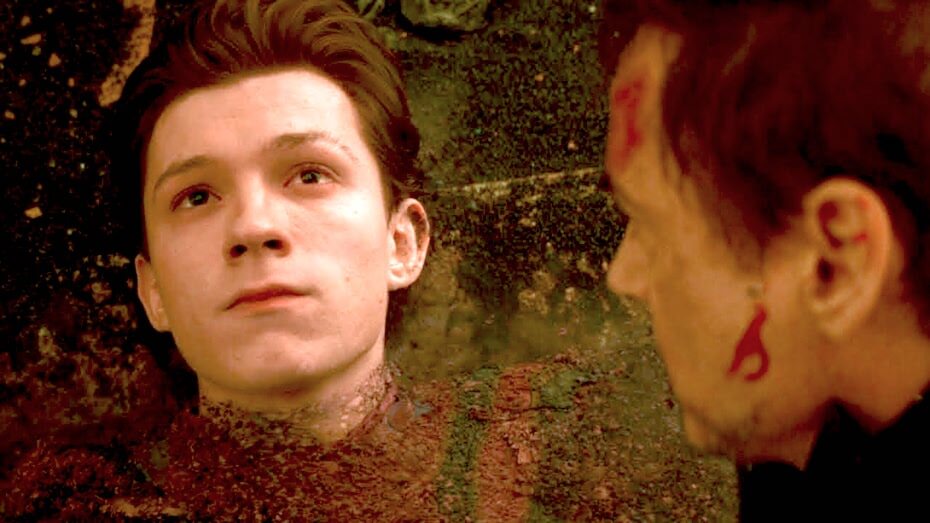 Asked which day of shooting they wished they could relive, the Russos came to a consensus that it would have to be the last day shooting for Tony Stark.

"It's gotta be Robert's last day of shooting, which happened to be the 'Iron Man' line," Joe said. "It was very emotional because it was not only such a poetic line for Robert to have as his last line, but also it was his last day, and it was on a sound stage next to the sound stage where he did his first screen test for Iron Man 12 years earlier. It was a very emotional day for everyone."

When the moderator announced that he'd collected some fan questions, the audience wasn't exactly sure what to expect. We certainly didn't anticipate cell phone videos from Marvel stars Mark Ruffalo, Chris Evans, Chris Hemsworth and Paul Rudd congratulating the Brothers on their success and mostly asking joke questions about the handsomeness and strength of the characters they play.

Of course, the biggest shock was a video from Robert Downey Jr. himself, who actually had a thought-provoking question for the director duo.

"Biggest single difference between Tony Stark with 'I am Iron Man' at the press conference at the end of our first, and 'I am Iron Man'…" Robert snapped his fingers "…to Thanos in Endgame. How do you encapsulate that?" he asked.

"The arc that Tony Stark went through, beginning as this very egocentric person and finally getting to a place of truly putting others in front of himself, sacrificing in that way," Anthony responses. "I think a really important point on that arc is that Tony becomes a father. And speaking as a father, there's something that happens to you if and when you reach that point in life where you are suddenly aware that your job in the universe is to serve others in a way that reaches the core of your being. I think that's the biggest change, having had the daughter and going through that arc, he was in a different place there when he said 'I am Iron Man' at the end." 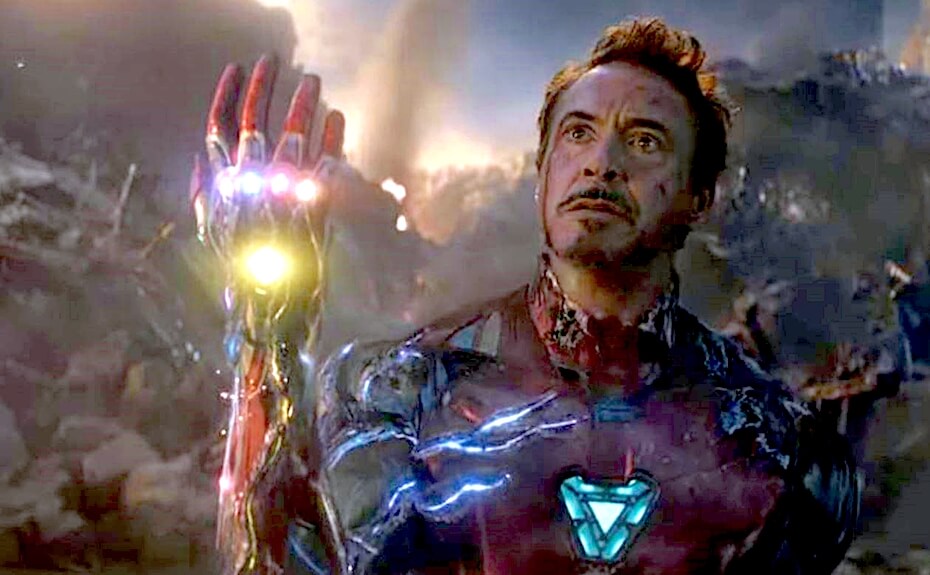 Commitment to the Roles

Since the beginning of the MCU, the actors have had to get into tip-top shape in order to convincingly play their characters on screen. The Russo Brothers felt they needed to mention a couple of actors in particular for their dedication to their roles.

"[Chris] Evans, when we were working on Winter Soldier, did a lot of the fighting himself and trained for months to do it," Joe revealed. "It's really important to us, when we do fighting sequences, that we have the actors do it because it adds a visceral quality to it, a level of realism. He used to go home every night, bumps and bruises everywhere, so kudos to him for putting that effort into playing that part for you guys."

And while Thor might not be in the best of shape at the end of Avengers: Endgame, Chris Hemsworth certainly had to be in order to play the role.

"Similarly with Chris Hemsworth, in order to play a larger, heavier Thor, he had to wear a really substantial bodysuit that was quite heavy, and also had to fight in that suit," Anthony explained. "Those fight sequences are difficult enough on the actors. To put them in difficult costumes can compile things, and Hemsworth did actually end up hurting his back quite badly, unfortunately. It's healed, but we had to postpone a lot of the shooting as a result of that injury." 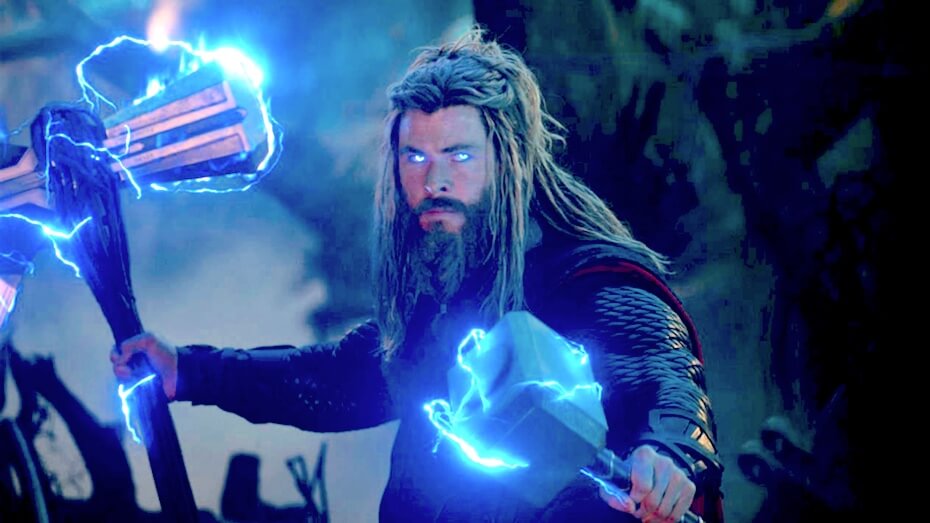 While the Russo Brothers don't currently have any concrete plans regarding feature Marvel films, they are working on producing and directing a lot of upcoming projects, many of which have their own ties to the MCU. They produced 21 Bridges starring Black Panther's Chadwick Boseman, and are gearing up to direct and produce a film called Cherry featuring Spider-Man star Tom Holland. The team also discussed a Thomas Crown Affair remake starring Michael B. Jordan, who was also in Black Panther, and discussed that they'll be working with frequent collaborators Christopher Markus and Stephen McFeely on an upcoming sci-fi feature called The Electric State. 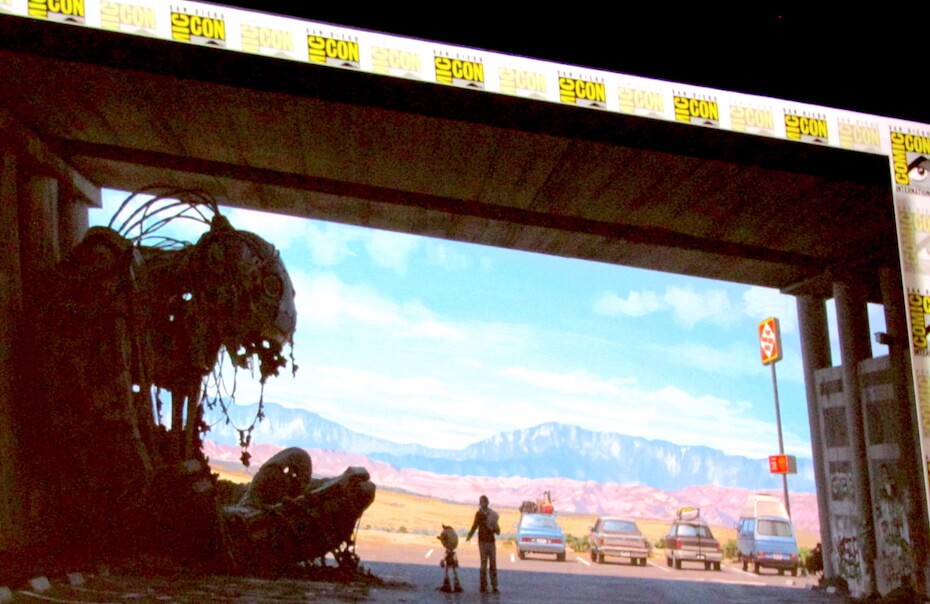 The Russo Brothers may not have a return in mind, but click HERE to learn more about what's next for the MCU.