YouTubers and Streamy Awards Nominees Joe Sugg and Caspar Lee are no strangers to living life on the edge, but their experience traveling across the USA really threw the two of them for a loop.

We chatted with the guys to learn all about their most memorable moment while filming Joe & Caspar Hit the Road USA, the one thing they wish they hadn't done and that one time they ate a scaly reptile for dinner.

Keep reading to see what they had to say. 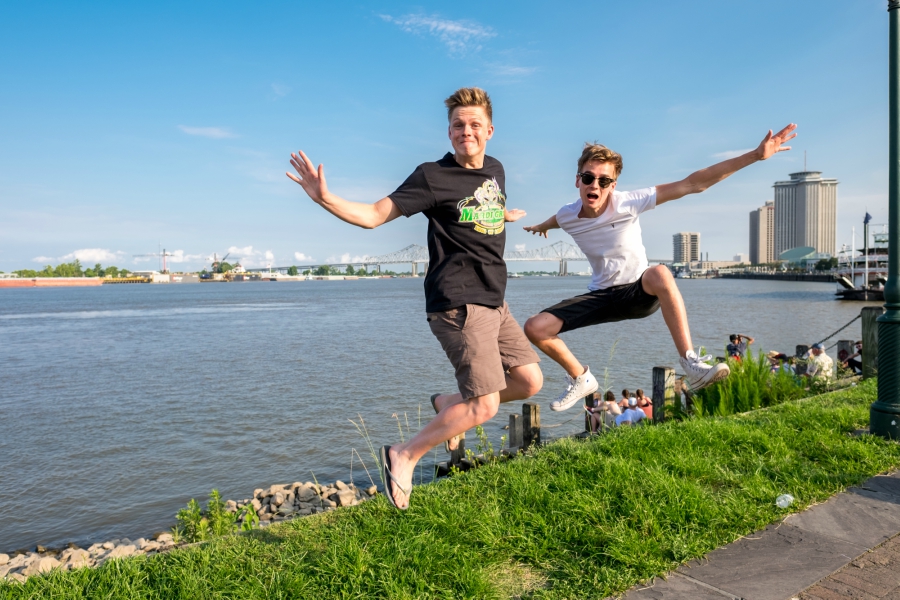 Sweety High: What was the most memorable moment for each of you while filming Joe & Caspar Hit the Road USA?

Caspar Lee: For me it has to be the forfeit. Unfortunately, I can't say what it is, because that'd give away the ending.

SH: What was the most difficult part about filming your road trip?

CL: The early wake ups and the late nights. We come from YouTube where you get to work on your own schedule, so waking up at 5:00 a.m. some mornings wasn't fun.

JS: But it was great though, because it felt like proper work. It was a big production, so it was a lot different than what we're used to.

SH: How would you sum up your experience in three emojis?

SH: What was the craziest thing you did while traveling across the USA?

JS: We did a lot of food-eating challenges on our trip. There was a burger we had in Houston, Texas that was bigger than our heads combined.

CL: We also ate rattlesnake. It tasted a little bit like fish, a very boney fish. It was gross.

JS: We didn't know it was a rattlesnake until Cowboy Russell told us after we were like halfway though. We're usually the ones pranking people, but this time we got pranked.

CL: I kind of felt betrayed, but I was curious so I carried on eating it after we found out what it was. 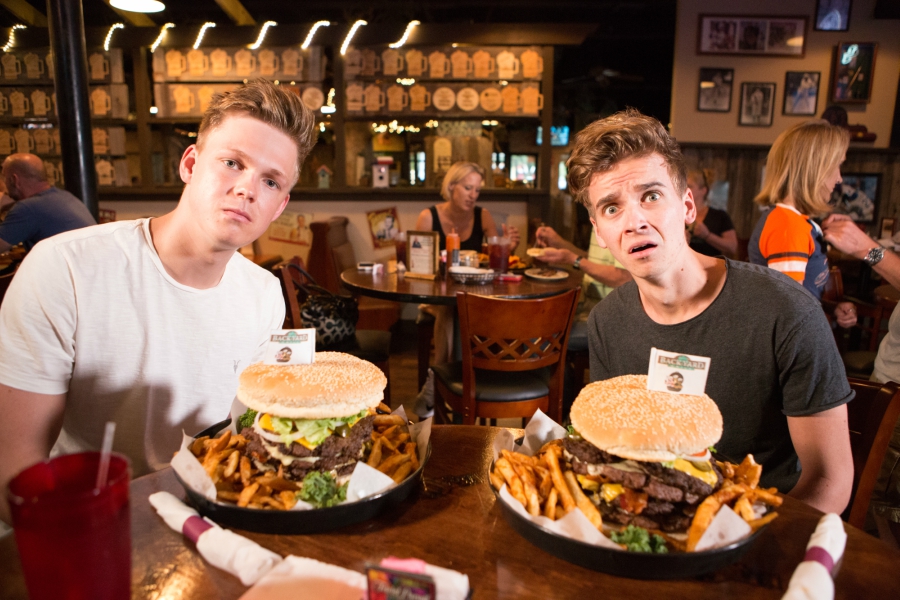 SH: Is there anything you weren't able to film for the show that you'd love to do now?

JS: I would've wanted to visit more states, but we can always save that for another time. Who knows?

CL: I think I would've enjoyed going to an NBA game and doing some sort of prank.

JS: Oh, yeah! You know how they do that thing at halftime where they let people try to make a slam dunk? That would've been fun.

SH: Is there anything you regret doing during your experience?

CL: I wish we didn't break the space buggy at NASA. That was pretty terrifying. You don't want to do that.

JS: I would've done less food challenges, because those were very difficult for me. For a lot of them we'd have a lunch before we filmed that scene, so we'd already be full and then we'd have to eat a hot dog that was bigger than our arms.

SH: Do you plan on taking Hit the Road to any other countries?

JS: I'd say maybe to the Antarctic and we'd call it Hit the Ice: Cooler Than the First Two. And instead of a car, we'd have a sled pulled by huskies. We'd probably go ice fishing and build an igloo. I'm sure we could get involved in some sort of Christmas thing.

SH: Hit the Road USA will be playing in theaters in North America. How do you guys feel about that?

JS: It's a dream come true. Three years ago we didn't think this sort of thing could happen. It's crazy.

CL: I was confused at first, but I'm really excited now. I'm a bit nervous though, but it's pretty cool. I wish we could be there for it.

SH: What's the one thing you hope people take away from watching your experience?

CL: I hope it inspires people to get out of the house a little bit more and explore with their mates.

JS: Get out there and explore the world. Experience new cultures and create some unforgettable memories. 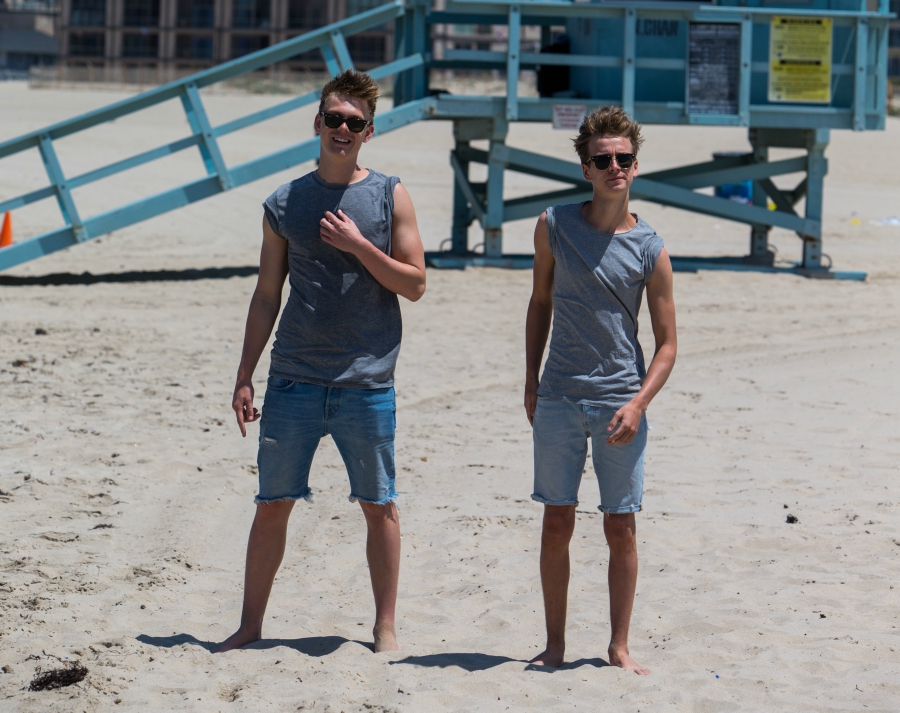 SH: Is there anything else you want to add?

JS: Thanks to everyone who's reading this. Your support is amazing! We love America and we can't wait to come back soon.

If you're in North America, don't forget to get your tickets HERE to watch Joe & Caspar Hit the Road USA in theaters.

Joe and Caspar are definitely two of our fave YouTubers, but we're also obsessed with our girl Jessie Paege. Head over HERE to get to know this pink-haired princess a little bit better.