We are more than ready to see Joey Bragg's newest movie,The Outfield, which also stars Nash Grier and Cameron Dallas. Obviously we had to chat with him to find out what it was like playing Nash and Cam's onscreen BFF, who is comedy hero is and the furry creature he calls his spirit animal. 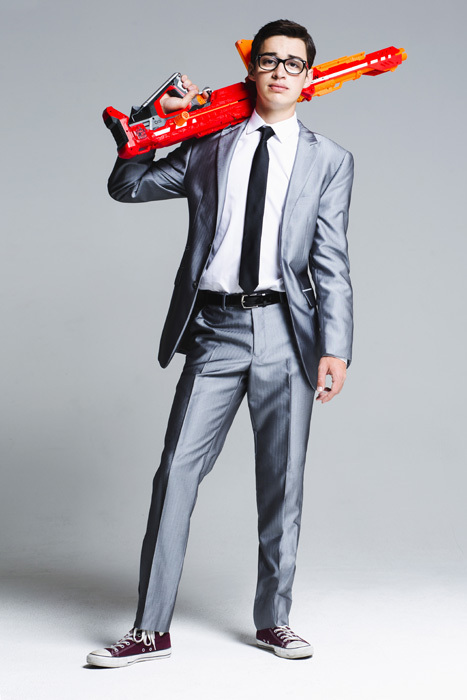 1. What can you tell me about The Outfield?

It's a baseball movie about 3 best friends, Nash Grier, Cameron Dallas and I, who've played the outfield since they were kids. Now their high school careers are over and they have to examine their lives and the decisions they'll have to make going into the real world.

2. Are you a big baseball fan in real life?

I've played every sport ever since I was a little kid, and I love baseball games. I'm from Oakland, so I'm an A's fan. Everything I learned from watching them and the movie Moneyball hopefully translated to The Outfield.

3. What was it like to work with Nash Grier and Cameron Dallas on the movie?

They've been best friends for such a long time and working with them was awesome. We all became pretty good friends pretty within the first week of shooting and I think that will show in the movie.

4. You recently wrapped "The Bragg Report." What was that experience like?

Nintendo asked me to be their spokesperson for a bit. There was a lot of improv in my videos, which is my strong suit.  If you could have asked 8-year-old Joey what his dream would be, The Bragg Report would be exactly it.

5. What have been your favorite video games of the year?

I have been playing a LOT of Splatoon for Wii U. I love Super Smash Bros. I've also been playing a lot of FIFA soccer. My best friend is French so FIFA is more than just a video game to him and I've gotten really, really good playing against him.

6. Liv and Maddie has been renewed for a 3rd season. How excited are you for that?

It's surreal. Some shows get a billboard on Hollywood Boulevard, but we kind of flew under the radar and I think we earned everyone's respect and became the most-watched show through really good content. 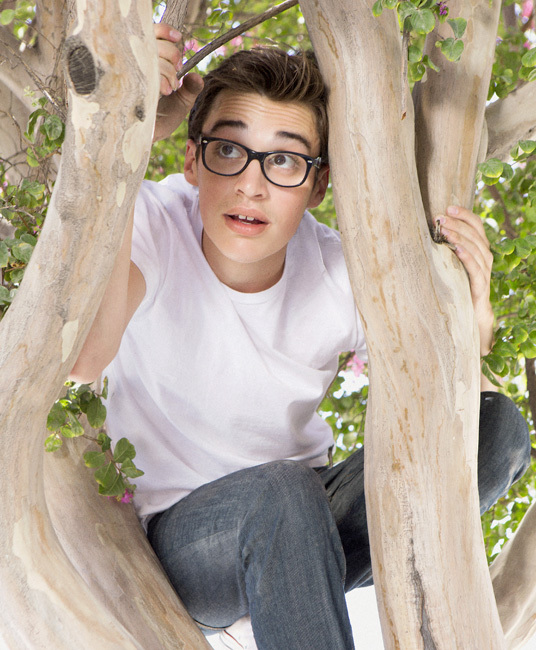 7. Who is your biggest comedy inspiration?

I was 13 when Pete Holmes helped me start my stand-up career. I sent him an email pretty much asking how to make it in comedy, and he send me a really long email back. I would love to follow in his footsteps. And he was also the voice of the E-Trade baby, which is a good thing to be.

8. What's your favorite thing about yourself?

I could go on and on! But I've always relied on my quick wit. If I didn't have that, I wouldn't be the person I am today. It sounds like a conceited thing to say, but so will any answer about my favorite thing about myself.

9. Do you have any useless skills?

Before acting I got really good at solving a Rubik's Cube in under 3 minutes. I got good at cups stacking and yo-yo, and parkour for a little bit. I tried to find out what my hidden talent was for a long time, so I got good at a lot of useless things.

I would love to play a superhero. I've loved comic books ever since I was a little kid and I've been personifying Spider-Man since I was a wee toddler. If anyone offered me a superhero role I could do a really good job because I know the source material.

11. Which Disney character do you relate to most?

Probably Beast, because of my physique.

When I was a kid, my mom used to tell me my spirit animal was a monkey. Specifically, probably a golden tamarin. They're a little golden monkey with bright red hair. They're poofy, silly little rascals.

The Outfield releases in October 2015. Until then, can you guess the weird thing Joey and his girlfriend Audrey Whitby cheered for at the Kids' Choice Awards?