John Harvie Dishes on His Debut Told Ya. Album and the Power of Hard Work

John Harvie's debut album Told Ya. just dropped, and it's all the proof we need to know that the rock singer-songwriter has a big musical future in store for him.

You may already be familiar with John's singles "Not Another Song" and "Beauty in the Bad Things," which put John's hard-hitting lyricism on full display—but they're just the start of the 13-track album. Each and every one of the songs is emotional yet infectious, driven by John's poignant vocals. We got the chance to chat with John all about the album, his two upcoming tours and more, and here's what he shared with us.

Sweety High: What does the album name Told Ya. mean to you? Why did that feel like the perfect name for this collection of songs?

John Harvie: The saying "told ya" started out as an inside joke between a lot of my friends and I. Right after I had dropped out, you could say a lot of people thought I was "crazy" so to speak, and every time I'd experience some sort of little win, like a TikTok doing well, or a label would hit me up, or just coming home after a really good write, I'd smirk at my roommates and say "told ya." It was our way of sticking our fingers in peoples' faces and proving we could do this for a career. 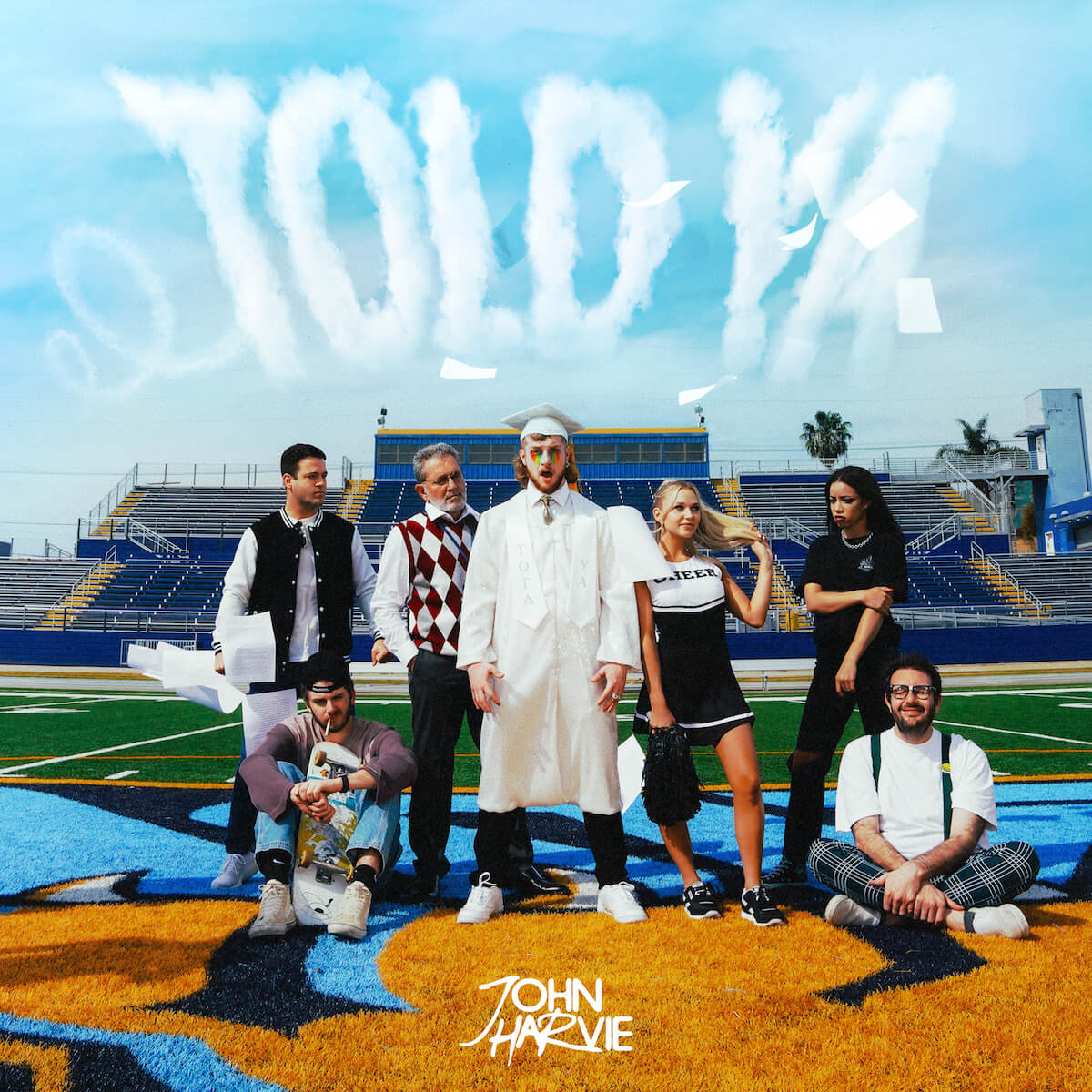 (Told Ya via FRKST Records)

SH: What would you say are the main themes of Told Ya.? What kind of journey do you hope to take listeners on with the album?

JH: There are a lot of themes in this record. For the most part, the album is about the exact spot I was in after dropping out of college and my struggles with mental health, successes and/or failures with girls, and my background as a pastor's kid trying to be an artist for a living and the grip that held on me for a long time. I think it's a really fun album because it takes me back to a time when I didn't have to worry about anything other than making music I loved. I hope it hits people the same way it has hit me over the past year, and it takes them back to 2022.

SH: Are there any particular types of people who doubted you that you're specifically saying "Told Ya." to?

JH: I mean, there are a lot of people who doubted me and I'm totally cool with that. Would you believe in a 21-year-old kid who dropped out with only three Logic demos to his name? I probably wouldn't at first, either, but I had a really solid game plan and vision, and that on top of just doing your work can amount to something really special. There's a soft spot in my heart for independent artists who have a passion because that was me a year ago, and I'm excited to see where the journey takes me.

JH: Dude, that's such a hard question, but I think the song I listen to the most in my own time is track No. 4, "A Little Bit Longer," because it was probably my favorite write and the quickest one I had, as well. It's such a great live song and amps me up like crazy whenever I hear that first beat drop. There are so many sleepier songs on this record, but if I had to choose one, it'd definitely be "LBL."

Also read about: New Friends Sweep Their Toxic Relationship Under the Rug in New Single 'Doomed'

SH: How does it feel to you to be releasing your first-ever album? Was there anything that surprised you about the process?

JH: It's honestly a surreal feeling. One of my goals in life has always been to release an album on a major label and I get to do that with my first record, and it makes me so grateful. I've been sitting on these songs for over a year and a half now and it feels way overdue. I've been so excited about these songs for the longest time and it feels like a giant weight off of my shoulders because of the pressure I put on myself. I really am so proud of it.

What surprised me the most was how I already thought I was a really solid vocalist, but the process ended up showing me how much farther I need to go to improve my instrument (voice) and make it as strong as it can possibly be.

JH: Get tickets to the Shinedown Tour and/or Charlotte Sands Tour, and let's party! 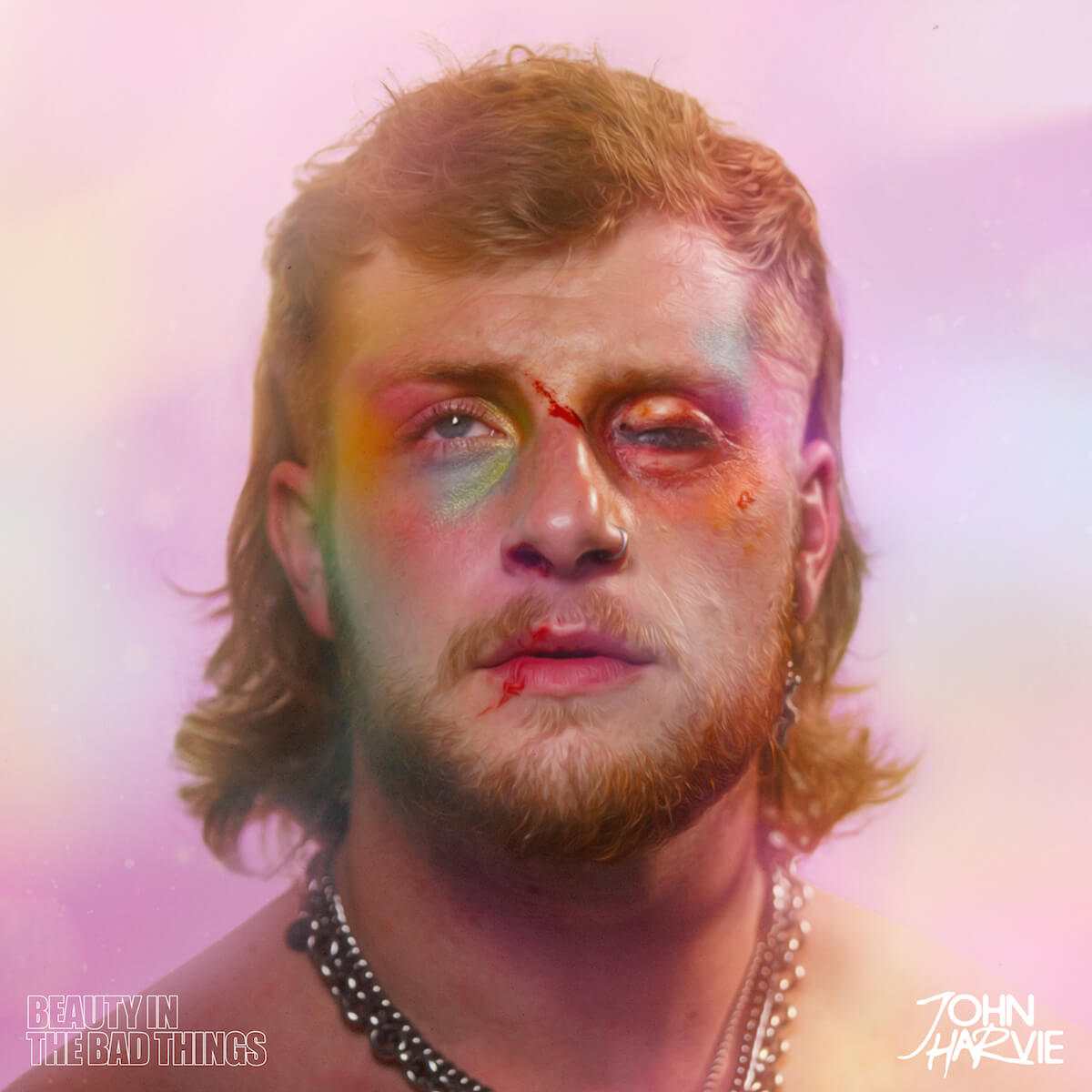 ("Beauty in the Bad Things" via FRKST Records)

Curious about all of the new music we're loving this week? Click HERE to read our interview with Grace Gaustad on their new single, "Old Ways."