14-year-old Jordyn Jones is a dancer and singer whose amazing cover music videos, complete with stunning choreography, are just one reason she's gained a rabid fan following! We spoke with Jordyn to learn all about her history with dance and her latest cover, "Lip Gloss"! 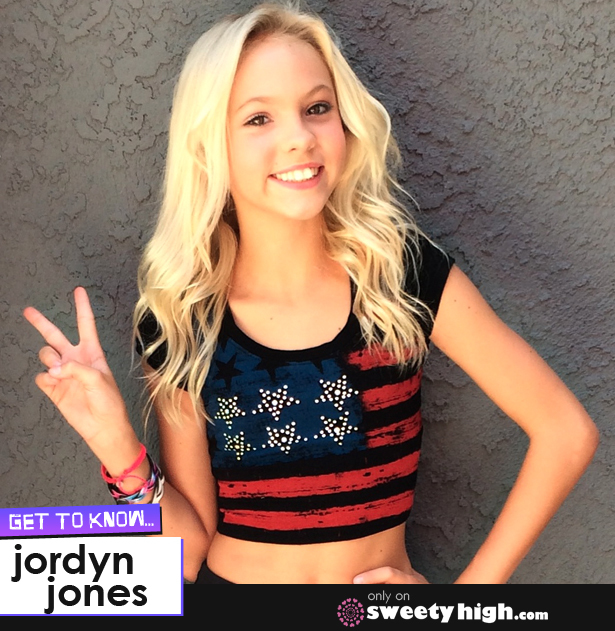 Jordyn started dancing when she was just two years old.

"I was dancing as soon as I could walk," she said.

To become the incredible dancer she is today, Jordyn used to regularly practice dancing about six hours daily.

Now that her schedule is so unpredictable, so is her dance practice.

"It could be either zero hours a day or six," she said.

Jordyn's mother owned a dance studio in Michigan, and from the time she was very young, Jordyn loved hip-hop dance.

"I'd take every chance that I got to do a master class that came into our studio for hip hop dance," she said. "When I discovered the PULSE On Tour, I got into hip-hop and jazz funk and all that."

She said she'd describe her dance style as very funky due to her love of those two dance genres.

We asked Jordyn to tell us about the most memorable moments of her dance career.

"Probably the most exciting was being the PULSE On Tour elite protege and being on AUDC, because that's where I got my fan base," Jordyn said. "That's when everything really started for me."

In January, she'll be hosting weekly Step It Up With Jordyn Jones dance contests!

"The only thing I can tell you about it is that you need to be subscribed to my YouTube channel," she said. "Every week I'll be posting a dance video to my new song and have a contest."

"One day I was walking around the house and I was just singing it," she said. "My mom was like 'This is good!' And she got on the phone and called my producer and I went into the studio the next day and I recorded it."

For the music video, Jordyn turned to Tricia Miranda for the choreography. Miranda had previously choreographed Jordyn's videos for both "Fancy" and "Banji."

"That's totally her style," Jordyn said. "That really fast, high energy, really crazy movement. It was perfect for the song, because it's really fast and has a nice beat to it. We called her in and she was amazing and I loved the video a lot!"

Jordyn also has an upcoming music video cover of "Winter Wonderland" featuring Forever In Your Mind!

Though she hadn't yet recorded the music video with the band when we spoke, she said she hoped they'd get to go shopping around the Americana and roast some marshmallows!

Check out Jordyn's music video for "Lip Gloss" below and let us know what you think in the comments! You can also share your own dance moves with us at Sweety High!