Josh Levi is the guy you know from The X Factor, but you don't really know yet.

He's a multi-talented dude with a resume also includes acting, but we will always love his music the most.

We're also all about his tunes with pop group Citizen Four, but you must start listening to his solo material to fully get on our level of love.

Get to know this fun and talented guy below! 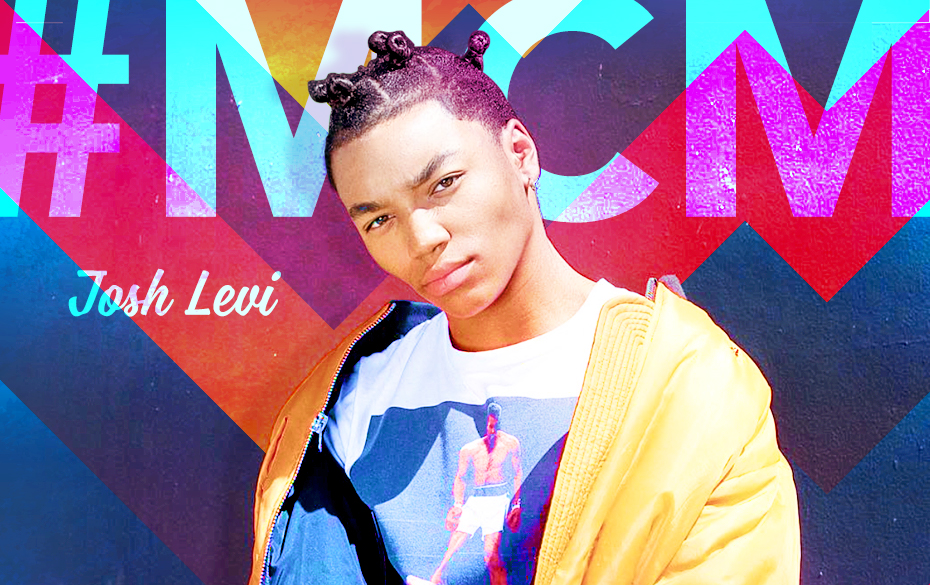 1. He has met a ton of cool, legendary figures like Miguel, but his one true hero is his mom. He describes her to Sweety High as "a superwoman." Or should we say, Wonder Woman!? 😏

2. His breakfast habits are completely relatable. "I always crunch my cereal down in the milk so each piece gets some love from it," he says.

3. When picking a Disney villain, he has trouble deciding between Scar and Maleficent: "They're both so dope!"

4. He finds inspiration in the world around him when writing songs. He considers "someone walking down the street, what someone is wearing or a Tweet" creative inspo to him. If we saw him on the street wearing such a slick outfit, we'd feel inspired, too.

5. In the future, he'd love to visit Israel and Egypt. "Those have always been such historic and symbolic countries to me and I've found myself wanting to experience their culture since I was a little kid," he shares.

6. He knows in his heart that he belongs in the '90s. With such a strong, '90s-influenced style game, we definitely agree.

7. His family pup, a teacup Yorkie named Baby, is super special to him. "She's a superstar," he says. "Everyone likes her!"

We heart our musicians, but there's also a special place in our hearts for amazing actors like Tyrel Jackson Williams. Find out all about him HERE.